The state of the excess and surplus lines market is strong, as evidenced by the nearly 4,000 attendees, who networked their way through the annual convention of the National Association of Professional Surplus Lines Offices in Atlanta, from Sept. 15 to17.

“There’s a lot of optimism about the market and [the number of attendees] is a testament to the strength and vitality of surplus lines,” said Brady Kelley, executive director of the national organization, which focuses on networking and education for the surplus lines industry.

In fact, A.M. Best reported that surplus lines companies “have been extremely successful when compared with the overall property/casualty (P/C) industry.”

Surplus lines now account for about 13.7 percent of all commercial lines direct premiums written, up from 6.1 percent in 1993, according to a 20-year retrospective on U.S. surplus lines released by A.M. Best in September.

“In 2013, 22 of the top 25 surplus lines groups produced year-over-year growth in premium (as measured by direct premiums written) — a testament to what is likely a contraction in the standard market’s appetite for risk and a broad flow of business back into surplus lines,” according to the report.

“A lot of people are optimistic because the economy is still growing and when the economy is growing, it can make up for a lot of foolish decisions.” — Alan Jay Kaufman, chairman, president and CEO of Burns & Wilcox

But the sector is not without its challenges, specifically overcapacity in the market, according to Alan Jay Kaufman, chairman, president and CEO of Burns & Wilcox, international insurance brokers and underwriting managers.

“The market here is soft,” he said. “I think it’s soft in more areas than people want to talk about. … I would not say ‘doom and gloom.’ A lot of people are optimistic because the economy is still growing and when the economy is growing, it can make up for a lot of foolish decisions.”

To be successful, companies must have underwriters who can bring a “high level of expertise to the risk” and deep relationships with wholesale brokers, he said.

It also requires constant innovation, said Mario Vitale, CEO, Aspen Insurance. “Specialty E&S is tailored for high risk situations. It allows underwriters skilled in these special niches to apply their tools of the trade to help the insured, to help the brokers, with creative risk-based solutions.”

He said Aspen would be releasing some new products in 2015, and noted that there were numerous emerging risks to occupy carriers, including the impact of climate change, nanotechnology, fracking, drones, bitcoin and wearables.

“I believe all of these trends and all of these emerging technologies will bring risks and will bring demands for solutions and underwriter innovations to find them,” he said.

“It’s unbelievable how that [cyber] market is developing so quickly.” — James Drinkwater, president of AmWINS Brokerage

Jeremy Johnson, president and CEO of Lexington Insurance Co., the E&S division of AIG, said in a recent A.M. Best webinar that his organization is designing products to deal with risks from drones, celebrity risk and cyber bullying, and also has “in the pipeline” products to address risks related to Uber and Airbnb.

“If we are not staying ahead of where our customers are going as an industry, we won’t be relevant,” he said.

Bruce Kessler, division president, ACE Westchester, which focuses on the wholesale distribution of excess and surplus lines products, said, “You have to be strategic as an E&S company as to where to grow and where to shrink.”

But, he also noted, the “ease of entry” into the space, which he sees as “healthy and robust.”

“It’s easy for new capacity to come in,” he said, and that has put some pressure on property/catastrophe rates. That softening is “probably the biggest talk of the conference.”

Overcapacity offers one of the industry’s biggest challenges, Kaufman said. “Standard lines companies are aggressively looking to write the gray areas that may at one time have been E&S and now it’s back to standard lines. … You will see companies taking greater risks than they normally have in the past — risks that they don’t understand.”

Jeff Saunders, president of Navigators Specialty, said, “The capital in the industry is looking for a better return than from a Treasury note.”

While the influx of capital has reduced rates — significantly on property and less significantly elsewhere — the company has to compete “no matter what the rate environment is,” he said. That requires E&S insurers to be “agile while rotating in and out of sectors.”

E&S strategies are also increasingly being influenced by predictive modeling, ACE Westchester’s Kessler said. He also noted that he is seeing greater interest in product recall and cyber coverage.

Other experts at the NAPSLO conference agreed that cyber policies were finally taking off.

“It’s unbelievable how that market is developing so quickly,” said James Drinkwater, president of AmWINS Brokerage and one of NAPSLO’s Wholesale Broker directors, during a panel discussion at the conference.

“Companies are getting hit [with cyber attacks] constantly,” Vitale said. “As long as there are more hackers, they will get more sophisticated and we will have to do a better job of staying on top of emerging trends.”

When LIU excess casualty was established in 1999, he said, the E&S business was about a $10 billion market. “Fifteen years later, we are at $37 billion, and there’s a lot of talk that in five years, we could be a $50 billion market.

“That’s a lot of growth and opportunity,” he said. 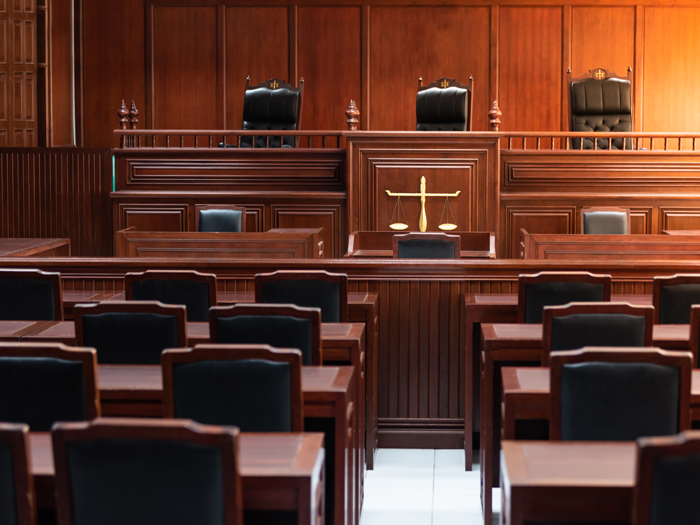