Viral Fear: How a Global Pandemic Kills an Economy Scenario: The Flower, Bird, Fish, and Insect Market in Shanghai — stocked with unique species of poultry, reptiles, roaches and plants — is a popular tourist destination, especially on a late September afternoon. An American executive is in town visiting a potential new business partner, so he makes a pitstop at the market to take a picture of himself holding a baby chick — a photo op his young granddaughter will adore.

He makes it home to the East Coast the next day, after two packed flights and 24 hours on a plane.

A week later, he’s hospitalized with a high fever, bacterial pneumonia, body aches and fatigue. Two weeks later, he’s dead. Another victim of the flu, it seems, which kills an average 36,000 people in the U.S. every year.

But this isn’t your average flu season.

An avian influenza strain, common in the poultry population in East China, has mutated to become transmissible not just from animal to animal, but from animal to human and from human to human. The symptoms mimic those of any other seasonal flu – fever, cough, sore throat, runny nose, headaches — but progress more rapidly and to greater severity.

All it takes is a few moments of contact to contract the disease — like holding an infected animal or a handshake with a farmer in a market stall. Or exposure to respiratory droplets lingering in the air after a cough on a crowded airplane. 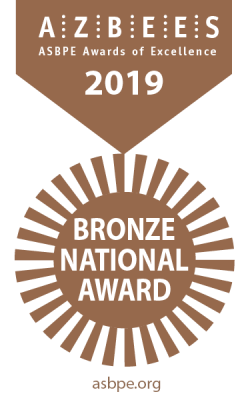 After emerging in China, deadly outbreaks occur in South Korea, Japan, India, Africa, Latin America and the United States. Because this is a new strain that has never infected humans before, existing vaccines don’t work.

Half of the people exposed to the virus become infected, and 30 percent of those lose their lives.

Scientists get to work on developing a new vaccine, but it takes nearly a year to create and distribute the new inoculation. By the time the vaccine makes its way to health care organizations across the globe and brings the pandemic to an end, at least 30 million people are dead.

Health insurers suffer $62 billion in losses. Some go out of business, and the remaining carriers triple their rates. The life insurance industry’s losses amount to about $25 billion. But the entire global economy suffers.

A desire to avoid infection kept millions away from the office, so productivity dropped. People stayed away from crowded areas like malls. Restaurants and movie theaters and retail businesses suffered. No one trusted travel, resulting in losses in the billions for the aviation, hospitality and tourism industries. As companies tightened their belts, their suppliers felt the pinch too.

All told, the pandemic cost 30 million lives and about 10 percent of the global GDP, sparking a worldwide recession.

Analysis: The flu doesn’t sound so scary. It goes around every year. A quick stop in your local pharmacy for a vaccine shot should protect you. But that’s only true for the influenza strains already among humans and for which there are already developed vaccines.

“Influenza is constantly undergoing mutations, so it’s the greatest threat in terms of pandemic potential,” said Maria Paul, director of product management at RMS, focused on Life Risks. “The worst-case scenario would be taking an existing highly lethal virus like an H5N1, and that mutating to a point where it becomes equally transmissible from human to human.”

Scientists are aware of several flu strains that have existed among swine and bird populations for some time — the threat comes from those strains’ capacity to mutate into new viruses that can infect humans. New pathogens are particularly deadly, because humans have had no prior exposure and no conditioned immune response.

“In terms of likelihood, there is a 3.6 percent probability per year of a new influenza strain emerging,” Paul said. “For other emerging infectious diseases, that probability drops to about a 1 percent chance per year.”

Transmissibility is another factor responsible for influenza’s pandemic potential. Simply being in the same room with an infected person could be enough to catch the disease. “The way flu gets transmitted is one of the reasons we need to be worried about it,” said Dr. Narges Dorratoltaj, senior scientist, AIR Worldwide.

An infected person may also be contagious for several days before they start to show any symptoms.

For a typical influenza strain, this incubation period can last one to four days. Because the initial symptoms are similar to those of the common cold, most people don’t seek care right away and try to carry on with their normal daily activities.

Our American businessman who contracted the virus in Shanghai may have unknowingly passed the pathogen to dozens of people during his globe-spanning, 24-hour journey home.

Depending on the severity of the virus and the countries it affects, Paul said, the modeled fatality rate can range anywhere from .01 percent up to 30 percent, according to RMS’s pandemic model.

“It all depends on specific viral characteristics,” she said.

What Drives Spread and Severity

The high speed and high volume of modern day travel is a major driver of how rapidly infectious disease can spread.

“The way people move is quite a bit different than it was 100 years ago,” said Nita Madhav, VP, data science, Metabiota. “We can detect something more quickly, but by the time we realize it, there’s a good chance it’s already spread. This reality reduces the window of opportunity and effectiveness of interventions.”

Fast international travel is not the only characteristic of modern life making today’s population vulnerable to pandemic. Longer lifespans are another contributor.

The youngest and oldest of any population are more susceptible to illness due to under-developed or weakened immune systems, and the rising average age of the global population means more people are at risk.

According to the Pew Research center, adults age 65 or older made up 6.2 percent of the global population in 1990. In 2015, that age group made up 8.2 percent. By 2050, older adults will constitute nearly 16 percent of the world’s populace.

However, a uniquely severe influenza strain can be just as deadly for the young and healthy. The Spanish Flu of 1918, which killed anywhere from 50 million to 100 million people, had the highest mortality rate among those aged 20 to 40. The H1N1 outbreak of 2009 also primarily affected children.

Influenza complications, rather than the virus itself, are what make the disease deadly for susceptible populations. Bacterial pneumonia, respiratory failure and opportunistic infections that exhaust an already depleted immune system are common causes of death in flu patients.

In a best-case scenario, a new vaccine for a novel influenza strain could be produced and distributed in three months, but this would require using cutting-edge methods, zero mistakes and a little bit of luck.

“There are some processes that take time and need to be done in sequence – e.g. identification of the virus, growing the virus in lab, growing antigens and testing it to make sure it’s effective and safe to distribute and use,” said Dorratoltaj.

“Each process can take a few weeks. On average, it takes five to six months to develop a vaccine for novel pathogen, but it can take as many as nine,” she said.

But, Madhav said, “there’s also the possibility that scientists can’t identify the strain or develop a new vaccine at all.”

In the meantime, hospitals will be hit with an influx of ER and ICU patients, and their ability to handle the demand varies widely by region.

Less-developed parts of the world will have fewer resources, like available beds and stockpiles of medications. “Sub-Saharan African countries are generally the most affected,” Madhav said.

“The 2014 West Africa Ebola crisis demonstrated how limited their capacity is to deal with an epidemic.” The WHO has also come under fire in the past for failing to adequately coordinate a global response and direct resources to poorer nations.

Mitigating a pandemic also depends on countries’ varying abilities and willingness to put other protections in place, such as closing schools, curtailing travel, distributing anti-viral medications or setting up quarantines. These steps can go a long way in limiting the contagion and stemming new infections.

“There is significant disparity in countries’ access to these particular tools and their capacity to deal with a health crisis,” Madhav said.

Every industry is vulnerable to the effects of a global pandemic.

Pushed to their limit, health care providers would take on increased general liability and medical malpractice risk. Health insurers would see an influx of claims, draining reserves and leading to rate spikes that could last for at least a decade.

“Utilization rates go through the roof, possibly creating long-term financial pressure for health insurers. This is an event not always contemplated in standard underwriting, and prices may be inflated going forward because the reaction is to overcompensate in case it happens in future,” said Eric Nordman, director of regulatory services, National Association of Insurance Commissioners.

The removal of millions of people from the workforce would have deleterious effects on the global economy. A Lloyd’s report, “Pandemic: Potential Insurance Impacts,” states that even someone suffering from uncomplicated flu would miss roughly 10 workdays.

“Those industries requiring a significant amount of face-to-face interaction are expected to be the most affected. These include: travel companies, airlines, restaurants/bars, hotels and the entertainment industry,” the report says.

“There can be a huge economic impact from fear-induced behavioral changes — people are scared and they’re no longer wanting to travel on vacation, or will be absent from work if coworkers are sick. Productivity declines.”

“It’s difficult to quantify the level of fear that a pathogen produces within a population. It can be quite destabilizing for governments and economies,” he said.

Lloyds reports that “a repeat of the 1918 [Spanish Flu] is expected by many to lead to a major global recession, estimates of the impact range from 1 percent to 10 percent reduction in global GDP.”

While developing emergency response plans, stockpiling antibiotic and anti-viral medications, and improving international communication can help to mitigate pandemic’s impact, there is no insurance policy for a sputtering economy.

“We’re trying to quantify this risk to expand the umbrella of what’s insurable, which should help to make our government and communities more resilient,” Ayscue said. &