Surety as a Solution For Billion-Dollar Construction Projects

Disaster recovery plus infrastructure projects stretch builders; sureties could be next.
By: Gregory DL Morris | May 1, 2018
Topics: Construction | Insurance Industry | May 2018 Issue | Underwriting Building is booming in the United States. Billion-dollar projects are no longer unusual. The trend toward larger projects is mostly a boon to contractors and to the surety-bond underwriters who back the developments, but the volume and size of the work is becoming a matter for concern for some underwriters.

“It is a very different thing for a general contractor to do $800 million in revenue from two $400 million projects or from 10 $80 million projects,” said Geoff Delisio, senior vice president of surety, Berkshire Hathaway Specialty Insurance.

In another example, Delisio noted that typically the electrical work is 20 to 25 percent of a project. On a billion-dollar project, that is a $250 million subcontract.

“Risk managers [at owners and contractors] are dealing with this daily,” said Delisio. “We have similar thoughts: How much risk do we want to take on a single project? As we look ahead, we don’t see anything but larger projects. Are $5 billion or $10 billion projects too far in the future?”

“Ten years ago, I could count the number of billion-plus-dollar projects on one hand,” said Peter Quinn, head of bonding/surety, Euler Hermes Americas. “That has increased four or five times.”

The regulatory requirements for surety in the U.S. have resulted in higher barriers to entry for new surety underwriters than in some other lines of insurance. The regulatory regime also means offshore markets are generally not open.

Delisio said capacity could become a concern depending on the size of the project and where a surety underwriter attaches: “We may see the first push on tightening this year or next.”

“Ten years ago, I could count the number of billion-plus-dollar projects on one hand. That has increased four or five times.” – Peter Quinn, head of bonding/surety, Euler Hermes Americas

For now, most remain confident that capacity is adequate but, as Delisio advised, there are contributing factors to keep an eye on.

Susan Hecker, national director of contract surety, Gallagher, said, “At a project size of $2 billion or more, it might become an issue, but many of those projects are joint ventures and have a co-surety structure.

“There are always underwriting questions around large public-private partnership projects as well as when mega-contractors secure multiple large contracts,” she said. “However, those situations could also be a credit case … more individual contractor capacity issues rather than an indication of a restriction of overall surety capacity.”

“We have not seen overall tightening in the surety market,” said Joanne Brooks, vice president and counsel, The Surety & Fidelity Association of America. “But as an industry, we should be prepared to tighten, or we are going to be called upon under the bonds to finish some of these projects and ensure subcontractors and suppliers are protected and paid.” “There has been plenty of surety capacity since the recession and the lag in construction. The building surety businesses have been waiting for this recovery. But it can be a challenge when it all comes at once.”

The volume of work is of increasing concern, said Brooks. “The issue is not really capacity in the surety sector, even for large projects. It is more a matter of a given contractor’s capacity. There are a limited number of contractors at the top end who are capable of performing billion-dollar projects.”

Not only is there a greater demand for builders, but projects are also lasting longer, Fogle added.

“When projects last five or eight years, rather than two or three, capital and commitments are tied up for longer. That also increases risk. Owners understand this.”

Brooks has observed that sureties could consider reining in capacity because of several trends in the construction sector. Subcontractors are already getting a great deal of work and new tariffs may raise the price of construction materials, notably steel and aluminum.

“There is also the number and scale of natural disasters, hurricanes, mudslides and fires,” she added.

Delisio noted, “There is a whole generation of experienced individuals moving to or are already in retirement. Here we are 10 years on from the recession, and there is a bit of a gap now that the business is revving back. The 10- to 20-year people are few and far between.”

One possible response to the burgeoning size of projects is to subdivide them: “Sometimes an owner will float a long-duration project and there are only a limited number of underwriters that can bond a billion-dollar project,” Fogle explained.

“But there are more who can bond a series of four $250 million projects. There are more contractors who can handle that size project as well. Contractors like to phase their work and resources as well.”

Phases also extend bonding capacity, but Fogle said that is not as much of a concern. “We’ve got a huge Treasury listing, and we can write billion-dollar projects, but we like to diversify our risk. We have some projects we write on a sole basis, but most of our larger accounts we write on a co-surety basis.”

“Sometimes an owner will float a long-duration project and there are only a limited number of underwriters that can bond a billion-dollar project.” – Brian Fogle, vice president and regional underwriting officer, Liberty Mutual Global Surety

Quinn concurred that co-surety is a common solution for large projects. He also noted “there are opportunities for owners to accept something less than 100 percent, down to as low as 50 percent. That means they are accepting a lower bond amount.

“The reality is that there are 130 sureties in the U.S., but only about eight that can participate in bonds of the largest size. That does increase costs [for the projects] some, but that is not holding projects back.”

“We do have underwriting capacity for large projects, especially those performed in joint venture or consortium,” said Brooks. “There might be limits imposed for a given contractor that has reached the top of its aggregate capacity.”

Quinn expressed confidence the industry will get itself sorted in time.

“There are newer players, and as project size has grown, the industry needs to respond, even though there may be fewer people participating at the highest levels.” The scale and scope of the business may be changing, but the fundamentals have not, he said. “It still comes down to underwriting and individual risk.”

At the other end of the market, there are no concerns for underwriting or the capacity of contractors to handle and complete projects.

“We play at the smaller-project level, $100 million or less,” said David Layman, vice president and chief underwriting officer, Argo Surety. “There is plenty of capacity for us and for our clients.”

Given the nature of the construction business, that ample capacity on the part of contractors for smaller projects is not a resource that can easily be aggregated for the larger projects where there is a capability crunch. 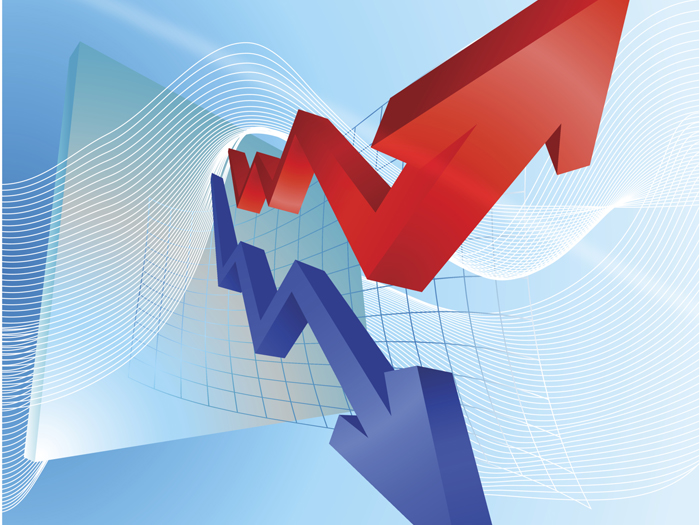