U.S. risk professionals with significant hurricane and other CAT-prone exposures are looking for a clearer picture when it comes to catastrophe loss modeling, an area fraught with confusion and increasing criticism.

Time and again, those whose risks are being evaluated have complained that they have too little control over how their specific exposures generate loss estimates, and how those estimates are calculated.

“Open” systems and “transparency” have become the buzzwords of the catastrophe modeling community of late, but how user-friendly will the newest catastrophe models really become over the next year or so?

Oasis announced in January that its framework would bring down the cost of modeling, and provide transparency and greater flexibility for users via a program that is open to anyone with an interest in creating new catastrophe risk models.

Hopes are high. Still, the reality is that thus far, Oasis has no models available for U.S. hurricane and quake, though program developers hope to have such models available by the end of the year, said Dickie Whitaker, Oasis project director.

Initially, Oasis will offer models of floods in Great Britain and Australia, earthquake in North Africa and the Middle East, and brush fire in Brazil, Whitaker told Risk & Insurance®.

Scott Clark, risk and benefits officer for the Miami-Dade County Public School system, said he wants to see Oasis offer a global open platform that would allow those most knowledgeable about the school system’s risks to go into a modeling system and enter information that will produce the best outcomes — as opposed to the rather limited current system.

“I would like to be able to drill down into second- and third-tier modifiers to best affect the modeling outcomes including roof strapping, roof construction, etc.” — Scott Clark, risk and benefits officer for the Miami-Dade County Public School system

“I would like to be able to drill down into second- and third-tier modifiers to best affect the modeling outcomes including roof strapping, roof construction, etc.,” said Clark.

Currently, critics said, traditional models have been too focused on the aggregation of risk that insurers tend to calculate — rather than individual exposures and properties.

The modelers are also criticized for changing models from year to year in ways that do not reflect actual changes in loss exposure.

“There is a tremendous variation between RMS 11 and RMS 13,” said John Burkholder, director of risk management for Broward County, Fla.

For example, when Marsh compared the two models, it found that medium-term rates (which represent storm activity potential based on climate conditions over the next five years) were reduced 28 percent in RMS version 13 for CAT 3 to CAT 5 events, while the nationwide average was reduced 16 percent.

“How could you have that much variation in risk exposure over just a two-year period?” asked Burkholder. “It’s difficult to reconcile those models with the actual individual risks.” Claire Souch, senior vice president of business solutions at RMS in London, said that the main drivers of change between RMS 11 and RMS 13 came from new insights into hurricane activity: the number of hurricanes per year, where hurricanes are formed and where they make landfall.

“The scientific view of hurricane activity has changed since 2011, in part because of the considerable research RMS and other organizations have carried out to determine what drives hurricane landfall frequency,” she said.

“Ocean temperatures in the Atlantic have been increasing,” she said.

“Yet, over the last few years we’ve seen very low levels of hurricanes making landfall, something that the change between the 2011 and 2013 model versions reflected,” said Souch.

Clark of Miami-Dade County schools echoed the concerns of many risk managers.

He recalled the impact of the controversial RMS version 11, which initially more than doubled the school district’s probable maximum losses (PML) to $1.9 billion, making it difficult for Clark to assemble the insurance limits he needed — until he got another modeling firm to reassess the risk.

The way it’s worked traditionally using RMS, AIR or EQECAT modeling, there is a huge blind spot for risk managers and others wanting to know how the models project losses, he said.

Traditional models may lack quantifiable data and can change quickly and dramatically, she said. When risk specialists are dealing with countrywide exposures, geographical changes may be less critical.

“The traditional models are not robust for individual locations and concentrated exposures.” — Karen Clark,co-founder and CEO, Karen Clark & Co.

Traditional models were never designed with risk managers in mind but with insurers in mind, she said.

“The traditional models are not robust for individual locations and concentrated exposures,” she said.

Often, risk managers and their brokers need to bring their underwriters’ attention to outliers that don’t fit with the usual assumptions.

That is one of the problems with traditional models, said Burkholder of Broward County.

“We’ve got a bulkhead at Port Everglades which models as a building,” Burkholder said.

However, it is not nearly as vulnerable.

“It is constructed solely of concrete and steel, so the model should, for loss modeling purposes, recognize its actual characteristics in the results to more accurately reflect the correct exposure,” he said.

In an effort to address some of the problems — particularly with making their systems more transparent to users, all three of the major CAT modeling vendors have released new products: Touchstone from AIR Worldwide, Risk Quantification & Engineering (RQE) from EQECAT and RMS(one) from RMS.

Souch of RMS said that RMS(one) provides “an exposure and risk management platform that enables any company to store and analyze all of the information they have about their risk, acting as a system of record for all of the risk items in the business, with the ability to run RMS and other models.”

She said RMS(one) is exposure and model agnostic so it allows companies to use catastrophe models to simulate what the impact of a hurricane or other disaster might be for all the exposures they have.

In addition, RMS’ models on RMS(one) are open and enable users to understand the impact of different scenarios, she said, such as if three hurricanes made landfall in one year instead of a single hurricane.

AIR Worldwide’s Touchstone is “an open platform, allowing clients to import third-party hazard layers or run multiple alternative models on a single platform for a more complete view of risk,” according to the company.

The major CAT modeling vendors have attempted to address some of the criticisms related to transparency.

Once more, the emphasis is on transparency and user interface.

“For example, say you believe losses from CAT 3 hurricanes should be 10 percent higher than AIR’s standard model says they are,” said Rob Newbold, senior vice president with AIR Worldwide.

A user can go into Touchstone and modify losses to better reflect their loss experience, or their own underwriting policies.

“However, there will always be the AIR default view, alongside any modified views,” said Newbold.

EQECAT has its own take on the “open model” approach.

The RQE platform is inherently open in that additional models or components such as the hazards or vulnerabilities can be added to the platform.

“CoreLogic EQECAT is committed to being transparent and this is reflected in the granularity of reports down to individual site levels and the very extensive documentation which includes analyses of the key drivers of risk,” Griffin said.

On the compliance side, with respect to Solvency II in Europe and ORSA in the United States, he said the company “provides tailored documentation to transparently support these requirements.” At the same time, she said, companies can also take advantage of Oasis to see what other models say.

“The compelling case for the Oasis is that risk managers will be able to have access to the best of breed models tailored for specific hazards and specific regions through a single portal and at a reasonable cost,” said Charles Huyck, executive vice president at SesmiCat creator ImageCat, Inc.

“SeismiCat, for example, can potentially provide risk managers access to a host of sophisticated earthquake modeling capabilities previously utilized only by the structural engineering community in the United States,” he said.

So how exactly does a risk manager tap Oasis?

A risk manager can join as an associate member, which is free, said Whitaker. Full members are financial institutions or underwriters, all of whom pay a membership fee, he said.

Risk managers can download the software and search for a model of the geographical region and peril in question, and then negotiate their fee with the provider, he said.

Karen Clark said that the costs to access Oasis or RiskInsight will undoubtedly be a lot less than for the traditional modelers.

“Quite simply, you’re going to get more models on it,” Clark said when asked why industry members might want to tap Oasis versus an individual modeler like her firm.

“Via Oasis, you’ll be able to look at many different models’ views. That’s the [whole] idea,” Clark said. 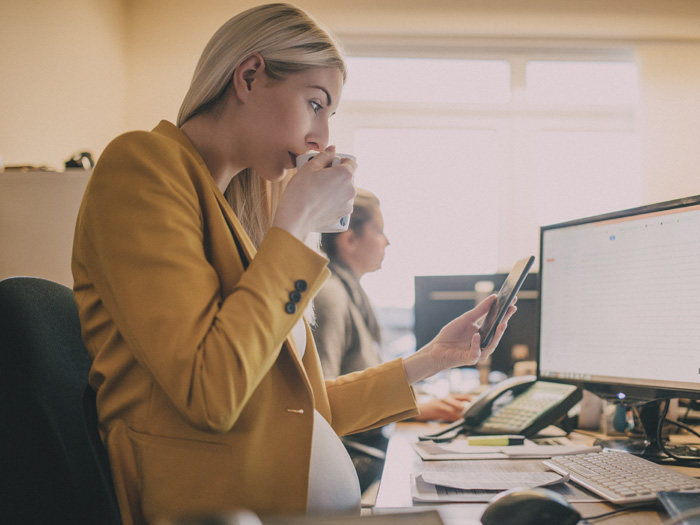 The new solution is designed to protect companies in the United States from the financial impact of a significant hail event.

When a worker suffers a catastrophic injury, it is imperative to address both physical and psychological healing.