As a former journalist, Beecher Carlson’s Marc Toy understands the importance of presenting a good narrative.

Diligent fact-finding, cultivating relationships — and perhaps of paramount importance — helping underwriters grasp the true nature of the risk, are traits that Toy employs now and can trace to his roots in journalism.

Some of the proudest moments for this broker of commercial insurance for the energy sector are when an underwriter praises the clarity of his presentation.

“That was a really great submission, thank you so much, looking forward to taking a look at this opportunity,” is the golden response Toy likes to get when presenting an insurance carrier with a possible client.

“We try to envision what the underwriter and the insurer need to be able to underwrite the risk,” Toy said.

“We send it all in one package, getting rid of a lot of the back and forth and making the process easier for them,” he said.

The process must be working for the insureds Toy works with, too. We know this, because Risk & Insurance® presented Toy with a 2019 Power Broker® award for his work as an alternative energy broker. The award is based largely on the testimonies of a broker’s clients.

Toy has been in the energy space now for nearly 10 years. As such, he is charged with helping to manage risk for the alternative energy systems that promise to reduce our dependency on fossil fuels.

Solar and wind are two energy-generating sources that underwriters have historically been willing to back.

Federal and state tax credits played a big part in helping to establish solar and wind installations in such places as New Jersey, North Carolina, Texas and Massachusetts over the past 10 years.

Insurers, needing to find new business, were more than happy to write these new risks.

“Pricing for insurance was going down, terms and conditions were becoming more and more broad just to compete with the other insurers that were entering the market space,” Toy said.

But now underwriters have seen what a windstorm or a flood can do to an energy-generating installation.

An entire wind farm was eradicated on the island of Puerto Rico during Hurricane Maria. There has also been substantial damage to solar installations in the U.S. over the past two years due to extreme weather. Offshore wind is also having issues with faulty cable connections.

Now, the coverage terms that alternative energy developers were accustomed to getting are not as widely available.

That’s put Toy and his fellow energy brokers under the gun to craft solutions.

“The goal for us, early on, was to always look to the future, knowing that the market was going to turn at some point, to try and build some flexibility in all contract requirements,” Toy said.

Not only is Toy charged with preserving the bottom lines of solar and wind developers, he is also working to support investors in worm and bacteria water filtration systems and anaerobic digestion systems, technologies that are being used to reduce the environmental impact of an industrial business or produce energy themselves.

Of one client who is investing in these lesser known technologies, Toy said, “Their mission really is to promote the development of energy efficiency and renewable or alternative power generation.

“They’ll take some of these new technologies that no one has ever heard of and put the capital behind them to help them blossom and grow, so that these technologies will become more widestream and be used more broadly,” Toy said.

Being a Part of the Team

As he works to protect the existence of solar and wind power, and to arrange insurance coverage for lesser-known technologies, Toy takes great satisfaction in being a professional his clients can depend on, to the degree that they feel more like comrades then clients.

“I enjoy the daily challenges of being an extension to the client’s development, financing and asset management departments,” Toy said.

“I love being part of a client’s team.”

“I would say sometimes the insurance piece is really a small portion of what we do for our clients on a daily basis,” he added.

“We are an outsourced risk manager for them, reviewing their contracts, making sure they are compliant, transferring risk where possible. If insurance is a part of that, we absolutely do that piece as well,” he said.

He added that it’s not uncommon for him to be on speed dial with clients, and to be in touch with them not just once a week, but sometimes three or four times per day.

“It’s about advocating for our clients, not just with insurers but with the developers that they’re buying assets from, and the financing parties that fund these projects,” Toy said.

Toy gives credit for the collaboration he enjoys with his teammates and his clients and the advanced customer service culture within the Beecher Carlson energy practice to Erin Lynch, the president of the practice.

“She’s kind of a visionary that’s made client service number one,” and where teamwork isn’t just spoken about, it’s lived, Toy said.

Lynch is herself no stranger to the Power Broker® winner’s circle. She was named a Risk & Insurance Power Broker in the utilities sector in 2010 and 2011. & 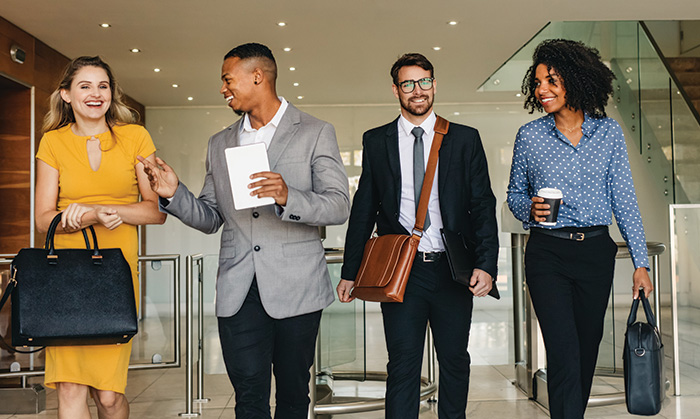