While social media has created an extraordinary opportunity for many businesses to reach out to consumers in an instant, some posts are proving an immense risk.
By: Jared Shelly | January 24, 2020
Topics: Crisis Management | Emerging Risks | Employment Practices | Insurance Industry | Reputation | Risk Management When Daryl Morey wanted to express support for protesters in Hong Kong demonstrating against Chinese government policies, he did what many people do — he tweeted.

But Morey isn’t just another faceless Twitter user joining a noisy conversation. He’s the general manager of the NBA’s Houston Rockets. Not only has the NBA heavily been invested in expanding its Chinese fan base, it was in the midst of a preseason goodwill tour in the country.

Morey’s tweet (now deleted) set off a political firestorm that led Chinese broadcasters to cancel broadcasts of the Los Angeles Lakers vs. Brooklyn Nets games held in Shanghai and Shenzhen.

It also led to the cancellation of player meet-and-greets and media availabilities.

Whether you agree or disagree with Morey’s support of the protesters, the Chinese response to his tweet or the NBA’s reaction (LeBron James himself called Morey’s tweet “regrettable”), one thing is clear — executives can have a major impact with their social posts.

In an instant, an errant tweet or Facebook post (intentional or not) can ruin a business’ reputation and do public relations damage that could take months or even years to repair.

Staying silent can do damage of its own as well, because customers may expect executives to have a strong moral compass on certain issues. That’s especially true of millennial consumers, a majority of whom say businesses are too focused on their own agendas rather than considering the wider society and “have no ambition beyond wanting to make money,” according to Deloitte.

“An organization’s reputation is one of the most important assets it has. They really have to implement strategies to protect it,” said John Farley, managing director of the cyber liability practice at Gallagher.

Social media has created an extraordinary opportunity and immense risk.

While you can promote your product or service to the masses and allow easy interactions with customers, “it’s created a platform that can undo the reputation of a corporation with a few keystrokes,” said Farley.

T-Mobile CEO John Legere knows this all too well. The outspoken executive launched a Twitter offensive against Verizon, even adding the hashtag #NeverSettleForVerizon. But the strategy backfired and served as a platform for unhappy T-Mobile customers to sound off.

“Why would @TMobile pay to promote #NeverSettleForVerizon when they could’ve used that money to improve their service or pay workers better?” one user tweeted.

It begs the question: How should risk managers advise executives around social media usage? The easy answer is to simply not post. But that limits an executive’s ability to talk directly to customers, humanize their brand and find new fans.

Some risk experts suggest forming a team to vet all social posts to look for blind spots or red flags.

But that’s a slippery slope as well. The power of social media is the ability to offer authentic, timely opinions about any issue. Passing posts through PR teams could lead to delays or posts that are scrubbed into disengaging corporate-speak.

“You don’t want social so tightly controlled that posts goes through so many layers of bureaucracy that you miss the moment, miss the wave and miss the ability to respond,” said Fox.

“Company leaders get in trouble when they respond emotionally,” said Fox.

“I recall a quote from Thomas Jefferson saying: ‘If you’re angry, write a letter and tear it up.’ In the age of social media, I don’t think we give ourselves the time to think about what we’re doing when we’re emotional.”

Prepare Responses for a Potential Crisis in Advance

Despite social media’s seemingly instantaneous nature, it’s important to prepare social responses for potential crises — like a catastrophic event or groups of customers disparaging your product.

“It’s no different from resilience plans or continuity plans. You need to know how to react in a timely fashion,” said Fox.

Another tactic is to only comment on thorny topics if they’re germane to your business.

If you’re an avocado producer who thinks drought is driving up prices, you may want to sound off on climate change. But perhaps you’ll still keep personal opinions about, say, the 2020 Presidential Election, to yourself.

The key is for executives to weigh the importance of expressing their views publicly against the potential damage it may cause. And that’s not an easy task. 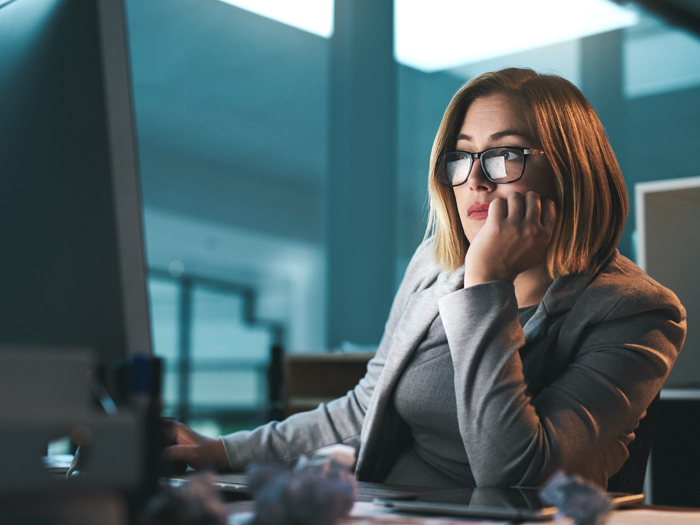