Uptick in Severity of Claims Law firm malpractice claims may be down, but the sting in them is spiking.

In its fourth annual survey of lawyers’ professional liability claims, insurance broker Ames & Gough found that the severity of claims has increased over the past year for eight of the insurers that provide such coverage.

Four insurers either paid or participated in paying a claim of $100 million or greater; two others had a payment between $50 million and $100 million. Moreover, six of the eight insurers surveyed reported having more claims with reserves of $500,000 or greater in 2013 than 2012.

While the frequency of claims has begun to level off, the significant uptick in severity is due to the “double-whammy” of the longer development pattern of post-recession claims coupled with soaring defense costs, said Eileen Garczynski, partner and senior vice president of Ames & Gough in Washington, D.C.

On top of that, attorneys are switching firms now more than ever before, which has led to more conflict of interest claims, she said.

Six of the eight insurers surveyed cite conflicts of interest as the leading cause of malpractice claims. Such claims may arise when hiring firms don’t thoroughly determine if newly hired attorneys represented any client competitors or other adversarial parties of clients at their previous firms, Garczynski said.

“The obvious example of a conflict is when someone represents Exxon but also Greenpeace, but conflicts can be more complicated than that.” — Eileen Garczynski, partner and senior vice president, Ames & Gough

“The obvious example of a conflict is when someone represents Exxon but also Greenpeace, but conflicts can be more complicated than that,” she said.

For example, an attorney could have represented a subsidiary of a pharmaceutical company and is now representing a competitor of the parent company, Garczynski said. The parent could sue the new firm, claiming the attorney is now divulging product secrets to its competitor.

There are many “gray areas” of representation that can lead to conflicts of interest, said Todd Hampton, vice president of claims for both Monitor Liability Managers and Berkley Select in Chicago.

For example, when a deal sours, the two parties involved in the relationship may become adversarial, Hampton said. If a law firm is representing both parties at the outset of the deal, it would be prudent to get them to sign a conflict of interest waiver.

“Or just get out altogether,” he said.

Michael Furlong, vice president, underwriting at CNA Insurance in Kansas City, Mo., said that most small law firms do not adequately protect themselves.

In the majority of malpractice claims, CNA found that most small law firms did not use “engagement letters” to spell out the limits of representation or thought that a letter explaining their fee structure to clients would suffice, Furlong said.

“Not so,” he said. “A well-documented letter is very important when trying to defend the claim.”

Engagement letters should include the identity of the client, the scope of representations and limits to that scope, fees and billing statements, expenses and file retention procedures. Clients should sign the letter, agreeing to such terms, at the outset of representation, as well as when any documented changes occur in the scope of the work, he said.

Law firms need to establish a “risk management culture” that includes letting the attorneys on the front lines know that they won’t get into trouble if they spot signs of trouble and immediately communicate their concerns. — Uri Gutfreund, professional liability broker, Singer Nelson Charlmers

If those clients have engaged in illegal or fraudulent activities, their attorneys could be sued for malpractice. A glaring red flag would be if the potential client has switched law firms multiple times within a short span of time.

Law firms also need to establish a “risk management culture” that includes letting the attorneys on the front lines know that they won’t get into trouble if they spot signs of trouble and immediately communicate it to the supervising partners, general counsel or other risk management staff, said Uri Gutfreund, a professional liability broker at Singer Nelson Charlmers in New York.

If they are faced with a malpractice claim, law firms should thoroughly document what happened and what they’ve subsequently done to minimize such occurrences in the future, including any risk management procedures they’ve since put in place, Gutfreund said. Such documentation can help law firms avoid being severely penalized during their subsequent renewals.

Law firms should also report to their carriers any claims they pay, even well before they exceed their retentions, he said.

“Even if they think that they may be able to make a claim go away for less than their retention, it’s really important to report it, so if the claim blows up, they won’t be fighting for coverage later with the carrier,” Gutfreund said.

As severity of claims rise, so do insurance premiums, Garczynski said.

“In order to keep premiums low, firms have to conduct appropriate due diligence to make sure they have the right risk management steps in place,” she said. Exoskeletons and Workers’ Comp: How the Insurance Industry Can Lead the Way

Occupational exoskeletons present a transformational opportunity for the insurance industry to catalyze workplace safety and drive down workers' comp costs. 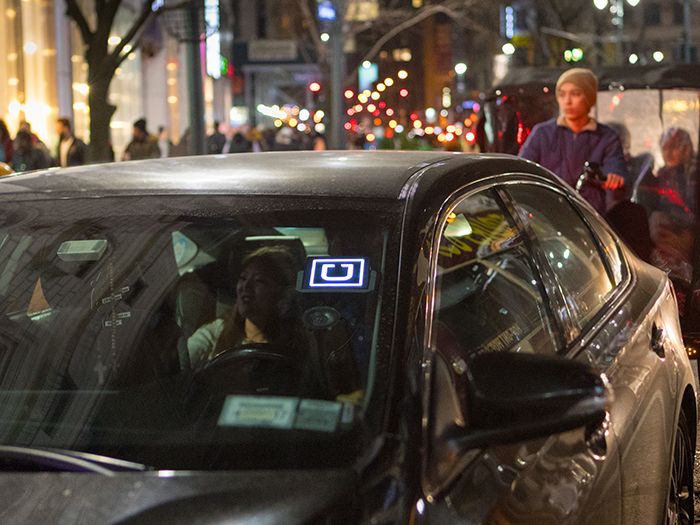