The Unique Challenges of Builder’s Risk Builder’s risk is an unusual coverage in many ways, and one that is often misunderstood.

“It’s really an extraordinary coverage,” said John Chino, area senior VP at Gallagher. “You are buying coverage not only for yourself as the insured, the owner of the new construction, but it also extends to the general contractor and all the subs. You won’t find too many insurance policies that do that.”

“It covers all materials that go into the project sites while they’re waiting to be installed or after the installation, until the project is put into its intended use.”

According to Kunt, builder’s risk policies have two main sections: property damage and delay in completion or delay in start-up (DIC/DSU), similar to business interruption coverage but triggered at the anticipated completion date at the time of loss. It can be designed to cover gross profits, loss of rental income, and continuing expenses such as debt services.

A variety of factors are considered when pricing builder’s risk coverage, including location — which involves regulatory variables as well as considerations about fire and earthquake risks — and the type of construction.

“The most challenging is a wood frame and a cross-laminated timber,” said Kunt, due to the tendency of wood to expand and crack if exposed to water, as well as its combustibility.

Tom Boudreau, head of construction and marine for middle and large commercial at The Hartford, agreed: “It is a more difficult class and it hasn’t performed as well the across the industry. … A completely fire-resistant or all-masonry building is a lot better risk from a construction property side,” he said.

The contractor’s past performance is another important factor.

“We’ll look at their history, not just from a property perspective and where they might’ve had builder’s risk claims, but potential construction defect claims that they might’ve had,” Boudreau said.

Coverage specifics, especially regarding soft costs like leased equipment, scaffolding, temporary storage, etc., are often not fully clear, at least not until there’s a loss. “One out of eight or so have a significant problem, where an insurance company is not providing the coverage that everybody thought they were,” said Chino. “They’re doing what the policy they’ve provided said they would do, but nobody took the time to read it, and nobody understood what it doesn’t do.”

Such failures are often attributable to a rush to obtain coverage and a failure to start that process with adequate time for a careful consideration of the coverages being offered.

“What actually happens is contracts go flying back and forth,” said Chino.

“And then at the last second somebody said, ‘Oh, did we place the insurance?’ And it gets slapped together.”

Repurposing existing structures is preferred over new construction for some applications but can be much more complicated to insure.

“In the office building space, there’s a lot of rehabbing and repurposing, especially in city areas where land is more precious and less available,” said Boudreau.

Environmental concerns can also be a factor: “It is [viewed as more] environmentally friendly to repurpose buildings when possible, as opposed to tearing down and starting over,” said Boudreau. Such projects present a host of additional challenges, especially if the renovations are structural, as opposed to cosmetic.

“Structural tends to be more risky, especially in earthquake prone areas,” said Kunt. Even renovations intended to reinforce the structure could weaken it temporarily and potentially lead to collapse.

“Structural deficiency, asbestos, faulty electric work from the prior owners — those are some of the bigger areas that we run across,” Boudreau said about repurposing projects. Other concerns involve water damage and mold issues stemming from deferred maintenance.

Further complicating the picture is the potential for confusion regarding coverage of the existing structure, which may or may not be covered by the builders’ risk policy.

Often such coverage is left to the owner’s property policy. “Then you’ve got two different insurance companies trying to apply their coverage to the same event,” said Chino. “And as you might imagine, neither one is real happy about it.”

Contractor or Owner: Who Best to Buy Builder’s Risk?

Builder’s risk coverage can be purchased by the owner or by the contractor, and there are pros and cons for each.

“The owner is doing it maybe once in their lifetime or once every 10 years, so they clearly don’t have the expertise,” said Chino.

“But … the contractors in the business, they’re doing builder’s risk policies, maybe one a month or more, and they’re probably aligned with a broker that’s an expert in construction.”

Kunt sees some upsides for when the owner provides cover.

“There are certain coverage elements that the contractor, since they won’t have financial interest in the project, may struggle to purchase,” said Kunt. “Primarily your business interruption or delay startup coverage.”

“One out of eight or so [policies] have a significant problem, where an insurance company is not providing the coverage that everybody thought they were.” — John Chino, area senior VP, Gallagher

And when the contractor buys coverage, “in the event of a claim, you are not a party to the claim discussions,” said Kunt. “It will be the contractor and their insurance companies, and the payments will be made to the contractor.”

Other potential problems can arise if relations sour between the owner and the contractor.

“If you decide to sever ties with the contractor and engage somebody new, unfortunately the policy will expire and then you or the new contractor will need to try to find coverage,” Kunt said.

Obtaining builder’s risk coverage can be an involved process, but insureds who have frequent need for it don’t have to start from scratch.

“If you have similar-type construction projects coming down the pike, you don’t necessarily need to negotiate with the market insurers on a per-project basis,” said Kunt.

“You define the parameters of the program, you set the limit, the deductibles, the terms, the rating, and once you agree on the number of insurers that are going to participate in the program, everybody signs an agreement that acts as your gospel, the master program terms and conditions.” & 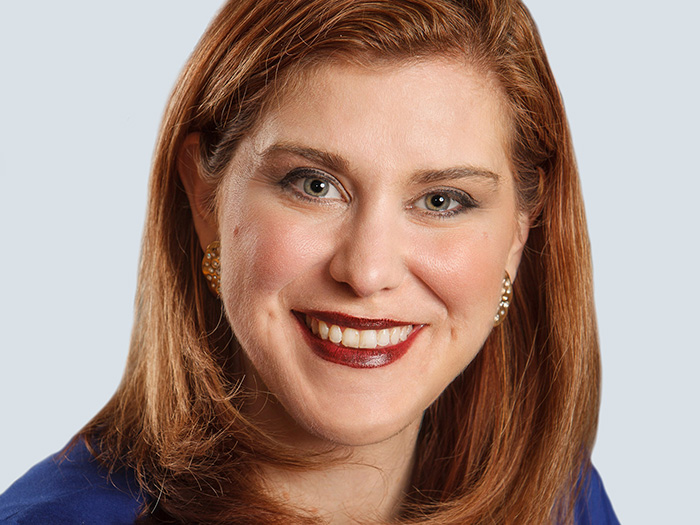