Recent results for insurers have been good but substantial headwinds are in the offing.
By: Jonathan McGoran | May 6, 2015
Topics: Insurance Industry | May 2015 Issue In its recent 2014 fourth quarter P&C Insurance review, Morgan Stanley Research reports strong results capping off a solid 2014, with benign CAT losses and strong earnings per share continuing a trend of upbeat earnings that spans eight consecutive quarters. But analysts also sees a variety of factors, including flat returns on investment and pricing approaching negative rates, that could pinch insurers in 2015.

“We cited four fundamental headwinds,” said Morgan Stanley Property & Casualty Insurance analyst Kai Pan, one of the report’s authors. The most notable is downward pressure on pricing, due in part to excess capital.

After three years of steady improvement, prices flattened in 2014. Increases in mergers and acquisitions seen in 2014 are expected to continue and even to accelerate, helping to deploy some of this excess capital, but not enough to bolster pricing.

“Pricing will continue to decelerate and could turn into negative territory for the commercial line pricing this year,” said Pan.

Pan cautions that, “Going forward…if pricing is going to be flat or negative, and the loss cost or inflation trend is still positive, there will be a negative spread between the top line premiums and expenses, the claims. Therefore, there could be some underwriting margin compression or contraction going forward.”

Among the primary factors contributing to the industry’s positive performance in 2014 was earnings from the release of prior year reserves made possible by relatively benign CAT activity, but there is no reason to believe that will persist.

“Over the past five years, the companies we cover, the underwriters, about 30 percent of their earnings have been coming from prior year reserve releases,” said Pan.

“If the earnings from prior year reserve releases is going to be slowing down, that is another headwind.”

“The yield on these fixed income instruments has been under pressure for many years,” said Pan. “The 10-year U.S. treasury yield is around two percent.”

Pan points out that even if bond yields improve, investment earnings may continue to suffer. Unless yields increase by 100 basis points or more — something few forecasters expect — as older, higher-yield bonds mature, they will be replaced with new lower-yield bonds.

Robert Hartwig, President of the Insurance Information Institute, acknowledges these possible headwinds, but is still upbeat.

“No one should construe anything in this report as meaning that the insurance industry is anything other than rock solid financially,” said Hartwig. While he concedes that all of these headwinds “exist to varying extents for different insurers,” he sees them mitigated by a variety of factors.

The trend toward consolidation could help expand margins. Modest inflation and a benign tort environment also help brighten the outlook.

The Federal Reserve’s anticipated interest rate increases will help boost investment earnings. Some of the cited headwinds could actually mitigate each other. Higher CAT activity and a decline in reserve releases, if they occur, would both ease downward pressures on price.

Most encouraging is the overall economic trend, and the industry’s recent track record of outpacing it, Hartwig said.

“We would expect overall premium values to grow somewhere around the 4 percent range and that is substantially better than the overall economic growth, which is 2.5 to 3 percent. So that means the P&C Insurance industry is benefiting from the tailwind of economic growth,” said Hartwig.

“I would certainly expect to exceed economic growth by a point or a point and a half in 2015.”

Pan sees earning requirements as creating a floor on negative pricing, but insurers may find themselves increasingly squeezed between competitive and other downward pressures on price, and a need to maintain a level of underwriting income that can offset weak investment yields.

While navigating that narrowing range may be a challenge, Pan does not see a situation where policies are left unwritten.

Buyers may see prices decrease, but they may also find themselves having to search a little harder to find insurers willing to write the policies they seek at the price they want.

Hartwig said he has faith insurers will govern themselves effectively.

“You’re not seeing undisciplined pricing in the market today,” he said.

“You’re seeing a very competitive market… There may be some margin compression but you’re not seeing irrational pricing in the marketplace.”

Pan and Hartwig both see insurers benefiting from new tools to help them make pricing decisions.

“There’s no question that insurers have better management information systems in place that allow them …to make sure that any adjustments that need to be made can be made more quickly than in the past,” said Hartwig, something that will help diminish recognition lags as well as the amplitude of the industry’s inevitable cycles.

“But you will find some players probably underpriced.” Steve McGill, Founder of McGill and Partners, Talks About the Start of His Firm, Talent in the Industry, and Where He’s Headed Next Is Your General Liability Loss History Well-Documented Enough to Help You Survive the Hard Market? 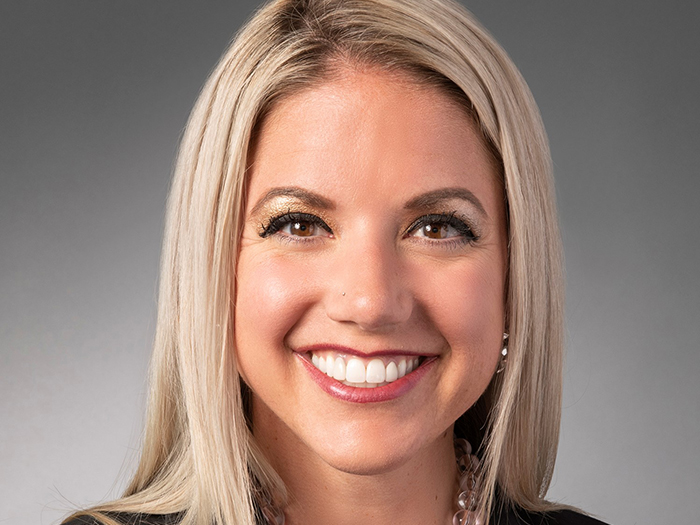 We are facing an “existential threat” of talent risk in workers’ comp. Here's how to pass the torch to the Millennial and Gen Z cohorts.

For the commercial insurance space, it's imperative to view D&I tactics with importance, rather than another box to check. 5 Crucial Considerations When Forming a Captive

The benefits of owning or participating in a captive may be well reported, but what are the additional factors that firms need to consider when forming a captive? An industry-first partnership will facilitate better outcomes for injured workers by increasing accountability and collaboration.
By: Paradigm | May 11, 2021 Value-based care is widely seen as the future of treating injured workers, but adopting it successfully in workers’ compensation requires industry-specific approaches.

To move from unbundled services to a holistic approach that maximizes patient outcomes, stakeholders throughout the claims process will need to adopt new best practices. Because of the unique characteristics of workers’ compensation, it will ultimately be up to providers, care managers, and payers to come together and develop standards of accountability.

With the launch of a first-of-its-kind value-based partnership, Paradigm and Shirley Ryan AbilityLab are redefining care models and enabling better outcomes for workers, payers, and providers.

“A value-based model requires providers that are equipped to deliver the very best outcomes,” said Peggy Kirk, Chief Operating Officer for Shirley Ryan AbilityLab. She continued, “With our position as the leading rehabilitation hospital in the nation, we’re proud to step forward and enter into a new type of partnership with Paradigm that returns injured workers back to their lives.” Paradigm is an accountable specialty care management organization committed to achieving the best possible outcomes for catastrophic workplace injuries. A core part of this approach is taking on the full risk of these cases to ensure injured workers and their families receive every essential aspect of care over the entire duration of the claim. This requires Paradigm to employ evidence-based practices and foster close relationships with elite providers.

As Paradigm looked to continue development of an outcomes-based model of transparency and accountability with providers, Shirley Ryan AbilityLab was a clear choice for a new kind of affiliation that would only succeed with the industry leaders.

“Catastrophically injured workers have complex needs, not just from a physical rehabilitation standpoint, but from behavioral and mental health perspectives as well,” explained Kirk. “To truly deliver on a promise of outcome-driven and value-based care, providers need to be there from the very beginning and have the resources and expertise to treat the whole patient and family.”

As a facility that combines inpatient rehabilitation with innovative research, Shirley Ryan AbilityLab is recognized in both the workers’ comp industry and the broader health care space as a pioneer in functional outcomes.

Early Collaboration and High Standards for Functional and Behavioral Outcomes For seriously injured workers, the treatment journey can take years and encompass multiple procedures and rounds of rehabilitation.

“Although the duration of care is often long term, there is always a sense of urgency when Paradigm takes on a case,” said Galia. “Timing is everything for evaluating the injury and setting realistic goals that are focused on reintegrating the individual into the community and returning them to work.”

In standard models of care management, treatment is typically approved well before any representative of the provider has had the opportunity to evaluate the patient. “There is too often a disconnect between the payer/care management side and the provider side when it comes to establishing outcome benchmarks for care,” said Kirk. “Providers have tremendous knowledge and experience that all parties can and should be leveraging as early as possible in the process.”

Under the newly established value-based partnership, Paradigm will engage Shirley Ryan AbilityLab from the very beginning.

“Just as Paradigm Network Managers make immediate contact with the injured worker and the family, now a liaison from Shirley Ryan AbilityLab will fly to the patient’s location within days,” explained Galia. “By forming this initial team early on, we can collaborate to gain insight more quickly into the patient’s status, which will enable us to establish achievable outcome goals.”

Added Kirk, “If we can use our resources to identify a potential recovery barrier, such as a behavioral health problem early on, we can integrate that information into the treatment plan from the outset. This approach helps reduce the risk of unforeseen circumstances that can delay or compromise progress.”

“Shirley Ryan AbilityLab has a wealth of clinical data and expertise that we’re thrilled to be able to leverage earlier than ever,” said Galia. “We need shared accountability and transparency for value-based care to function in our part of the industry, and I think that Paradigm and Shirley Ryan AbilityLab both share a common understanding that those ideals should ultimately serve injured workers.”

Going forward, both Galia and Kirk believe this will establish the working model for future collaboration between care managers and providers.

As Galia put it, “The people we help are counting on us to have these kinds of relationships going forward. Paradigm only wants to work with the best and most accountable providers, because ultimately that’s the level of care injured workers and their families deserve.”

Learn more about this collaborative relationship that will deliver positive outcomes for workers with catastrophic injuries so they can return to their families, communities, and to work.

Paradigm is an accountable specialty care management organization focused on improving the lives of people with complex and catastrophic injuries and diagnoses. The company has been a pioneer in value-based care since 1991, offering deep clinical expertise, high-value specialty networks, behavioral health support, payment integrity solutions, and robust data analytics to generate the very best outcomes for patients, payers, and providers. Paradigm is headquartered in Walnut Creek, California, with offices across the U.S. For more information, please visit www.paradigmcorp.com. Even during a global pandemic, Philadelphia Insurance Companies has found a way to effectively utilize its culture and encourage employees through positivity and innovation.

What are the fundamental drivers behind the rise of NAT CAT parametric solutions? Why are corporate buyers seeking alternative risk transfer solutions? Global Risk Solutions names an assistance vice president of business development, Oneglobal Hong Kong gets approval from Insurance Authority; all of this and more in this edition of People on the Move.

The way society interacts with and views businesses has shifted in recent years. From a higher demand for corporate social responsibility to a bigger virtual presence, here’s how society is changing the risk landscape.
By: R&I Editorial Team | April 1, 2021 Steve McGill, Founder of McGill and Partners, Talks About the Start of His Firm, Talent in the Industry, and Where He’s Headed Next

Is Your General Liability Loss History Well-Documented Enough to Help You Survive the Hard Market?