We Talked to Hundreds of Insurance Underwriters. What They Have to Say May Surprise You

The four issues they were most excited about were new products and services; automation and the use of AI for improving underwriting performance; new data sources; and ESG considerations.
By: Jonathan McGoran | December 13, 2021
Topics: Analytics | Future of Insurance | Underwriting 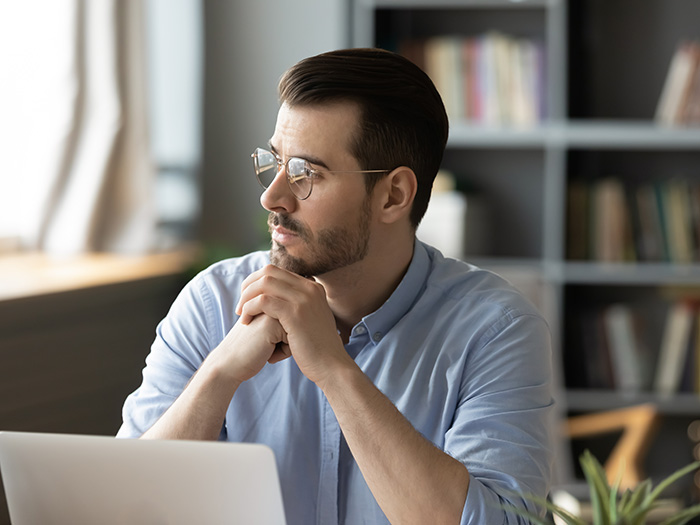 A new survey conducted by Accenture in conjunction with The Institutes asked 434 underwriters and other insurance executives about the role of the underwriter today, the quality and efficiency of underwriting, the use of technology, and talent management.

Among the key takeaways reported by underwriters were:

Perhaps most notably, respondents reported spending up to 40% of their time on non-core and administrative activities, with the remainder of their time roughly split between risk analysis and pricing, and negotiation and sales support.

Both commercial and personal lines underwriters both saw redundant inputs/manual processes and outdated/inflexible systems as the top two reasons for this.

Commercial underwriters cited a lack of information/analytics at the point of need as the third reason. Personal lines underwriters, on the other hand, cited insufficient training and time for talent development.

Underwriting Systems and Processes Found to be Lacking

When asked about their top 3 challenges impacting their ability to achieve business objectives, P&C underwriters cited inefficient processes, outdated systems, lack of information/analytics at the point of need, poor access or organization of underwriting information, and insufficient focus on training/talent development.

Other factors expected to have an increased impact on the underwriting function over the next three years include: demand for new services, speed, and better customer experiences; new technologies; retaining and developing talent; pressure for growth; and new products and distribution channels.

Overall, respondents saw a positive impact of technology on underwriting performance, particularly on quoting and selling, evaluating risk and pricing, and servicing accounts. But they saw technology as having less of an impact on non-core and administration tasks.

The percentage of underwriters rating the quality of their underwriting processes and tools as ‘superior’ has decreased considerably, with only 46% of commercial lines underwriters describing their frontline underwriting practices as superior, down 17 points from the last time the survey was conducted in 2013.

Roughly 60% of underwriters thought improvements needed to be made around the quality of their organizations’ processes and tools. They expressed much more confidence, however, in the skillset and capabilities of underwriting professionals as they perform their core functions.

For example, the areas most commonly described as superior included underwriting strategy, pricing strategy, and frontline underwriting practices, while the areas in most need of improvement included data and analytics, training and skills development, tools for rating and pricing, and the elimination/automation of non-core tasks.

The survey revealed that only a quarter of P&C underwriters saw their organization’s use of tools and technologies making their underwriting work more efficient, with the remainder either average or deficient.

Similarly, only a quarter of P&C underwriters reported that half or more of their underwriting process is automated, with robotic process automation (RPA) and natural language processing (NLP) seen as particularly deficient.

Adoption of automation was lower in larger accounts, as well as in specialty lines and reinsurance.

Use of AI, robotics, and NLP was described as superior by 32% of personal lines underwriters, compared to only 16% for commercial lines and 10% for specialty underwriters.

Looking to the Future

Overall, respondents saw a positive impact of technology on underwriting performance, particularly on quoting and selling, evaluating risk and pricing, and servicing accounts. But they saw technology as having less of an impact on non-core and administration tasks.

And technology’s positive impact did not extend to reducing underwriters’ workload, with almost two thirds describing their workload as increased (26%) or unchanged (38%). Most attributed this to inefficient systems and a lack of integration of data with other systems, resulting in more manual work.

One bright spot on this front is that the 26% reporting an increased workload due to technology is a historic low and a decrease of 28 percentage points, less than half—compared to what was reported in the 2013 survey.

The technologies themselves were seen as ranging widely in terms of maturity. Agent portals and tools were seen as most mature, with mixed maturity levels for collaboration and systems/workflow tools, and less maturity among data and analytics (except geo-coding, which was seen as more mature).

artificial intelligence and machine learning are still in the incipient phase, especially for cross-sell, NLP, and data cleansing, but are nonetheless seen as supporting underwriters’ core functions.

While P&C underwriters have seen an overall improvement in the underwriting process over the last five to ten years, mostly thanks to new platforms, automation tools, and predictive models, they do still see gaps.

The use of offshoring for underwriting operations is seen as having a negative impact on P&C underwriters, with 25% reporting that they have been negatively impacted by it.

Talent management is another problem area, with every aspect suffering declines in the percentage of underwriters rating their organizations’ performance as superior compared to 2013. The biggest declines were in training, recruiting, and retention planning.

One upshot is that while technology has contributed to performance improvements, those benefits come at the expense of training and retaining underwriting talent.

The survey concluded with a section of open-ended questions, asking respondents what they, as underwriters, were most excited and most concerned about regarding their role, company, or the industry in the upcoming three to five years.

While P&C underwriters have seen an overall improvement in the underwriting process over the last five to ten years, mostly thanks to new platforms, automation tools, and predictive models, they do still see gaps.

Respondents were most concerned about the impact of technology/AI on jobs, inefficient systems and workload, talent gap and training, the role of the underwriter, climate change, and regulation. The four issues they were most excited about were new products and services; automation and the use of AI for improving underwriting performance; new data sources; and ESG consideration.

In a probable reflection of the mood of the labor force given the current wave of resignations, and a possible harbinger of coming staffing challenges facing the insurance industry, many respondents cited the prospect of “retirement” as a source of excitement.

The survey was conducted from August 9–30, 2021, with 434 responses from U.S.-based underwriters from entry level to executive/senior management members of The Institutes, and supplemented with a sample list from the Risk & Insurance Group, an affiliate of the Malvern, Pa.-based The Institutes.

A complete copy of the survey results can be found here. & A session at the 2022 RIMS conference looked at how companies and businesses can mitigate the risk brought on by global political events.