Matthew Kahn, Esq., CIC, ACI serves as an Executive Vice President and Co-Director of RCM&D’s Commercial Insurance Division. In this role, Matt is responsible for leading the firm’s largest operating division, representing thousands of clients throughout the mid-Atlantic.

Tuesday, June 9 began as a normal day, or rather, what I have come to understand as the “new normal.”

I commuted downstairs to my couch, where I have essentially been camped out since I started a new job serving as RCM&D’s Commercial Division Director and interim Real Estate Practice Leader.

I joined the firm right when companies across the country were moving to mandatory work-from-home policies.

Nearly three months later, I have yet to step foot in an office or see any of my new colleagues in person.

As I normally do, I started the day early. I hoped to respond to a few emails before my wonderful, but completely distracting, co-workers (Wesley, 6 and Desmond, 4), came running into the communal office (my living room).

As an insurance broker, a large part of the job is gathering information from clients so that insurance carriers can underwrite risks. This necessarily leads to a number of questions, sub-questions, related questions and, of course, follow-up questions.

On this day, a client asked us to provide a premium quote for a location they were considering buying. I was looped into a typical email chain, where the team had asked the client to confirm the asset class (commercial, multifamily, industrial, etc.).

After learning the property was multifamily, we had a number of follow-up questions: Is the construction of the property wood frame? Is the building equipped with sprinklers? How many floors? What is the square footage? Are the rental units subsidized or affordable?

Why did we ask whether the property was subsidized or affordable?

So, with this in mind, of course we asked the question. We needed this piece of information in order to find a carrier willing to take on this risk for our client.

On this day however, our client pushed back. They wrote, “Given the current climate/widespread protests, is RCM&D pushing back on questions like, is a property, ‘affordable,’ ‘Section 8’ or ‘subsidized?’ ”

Let’s Break It Down

Many great writers and thinkers have and will continue to document the ‘current climate.’ The national outrage sparked by George Floyd’s murder has, among many other important things, led many to question the status quo.

In this case, question the question.

I quickly realized why my client was asking their question. Insurance has a well-documented and troubling history serving as a tool to perpetuate discrimination.

The practice of redlining is a familiar, but distant, term in the industry. Something perhaps mentioned or brushed over in a pre-licensing or continuing education class. Taught as good history to know, but definitely not a warning to vigilantly critique current underwriting guidelines.

An article from NPR highlights the process of redlining:

“The Federal Housing Administration, which was established in 1934, furthered [the] segregation efforts by refusing to insure mortgages in and near African-American neighborhoods — a policy known as ‘redlining.’ At the same time, the Federal Housing Administration was subsidizing builders who were mass-producing entire subdivisions for whites — with the requirement that none of the homes be sold to African-Americans.”

This practice lasted into the 1960s. While this type of express de jure discrimination would be shocking by today’s standards, we know that disparate impact policies can be equally harmful, appalling and unlawful.

Disparate impact occurs when guidelines, policies or practices that appear to be neutral result in a disproportionate impact on a protected class.

For example, a question on a rental application that unintentionally generates a disproportionally higher response from certain minority applicants would be considered to have a disparate impact.

Many jurisdictions have existing statutes that already prohibit discrimination in underwriting:

§ 27-501 of Maryland’s Insurance Article states, “An insurer or insurance producer may not cancel or refuse to underwrite or renew a particular insurance risk or class of risk for a reason based wholly or partly on race, color, creed, sex, or blindness of an applicant or policyholder or for any arbitrary, capricious, or unfairly discriminatory reason.”

§ 31–2231.13 of the District of Columbia’s code states, “Notwithstanding any other provision in this section, an insurer shall not make or permit a differential in ratings, premium payments, or dividends based on the marital status, race, color, personal appearance, sexual orientation, gender identity or expression, matriculation, or political affiliation of an applicant or policy holder unless there is actuarial justification for the differential.”

In addition, and more importantly, the Fair Housing Act (FHA) prohibits discrimination in the terms or conditions of homeowners insurance because of the race, color, religion, sex, disability, familial status or national origin of the owner and/or occupants of a dwelling.

While the FHA doesn’t expressly reference insurance, the broad language of both § 3604 and § 3605 has been interpreted to cover insurance and the U.S. Department of Housing and Urban Development makes this clear with a summary of the act on it’s website.

The FHA’s application to insurance is critical, because in addition to prohibiting disparate treatment, it prohibits disparate impact.

Now, just because an underwriting decision has a negative disparate impact, does not necessarily mean that it is illegal. The disparate impact can be justified by a business necessity. For example, if we found that black people on average buy older homes and a carrier had a policy of only writing insurance for new homes, that policy would have a disparate impact on black people, a protected class.

However, if the carrier were able to show that this underwriting policy was predictive of loss and that other available metrics were not better at predicting loss, then the policy would likely not run afoul of the FHA’s prohibition.

Turning back to my client’s question, it’s important to understand that our country has a significant shortage of affordable housing.

According to a recent study by The National Low Income Housing Coalition (NLIHC), there is a shortage of more than 3.6 million affordable rental homes. This is a significant problem, and to the extent unfair underwriting guidelines contribute to or exacerbate the problem in any way, those guidelines should be closely reviewed and eliminated.

As part of that review, it is also important to understand the demographics of the residents living in affordable and subsidized communities.

For my client, we reviewed the demographics of their apartments and found over 90% of their residents are people of color. I surveyed a few other clients with affordable housing portfolios largely in the mid-Atlantic and found similar percentages.

Looking at the numbers nationally, we see that while the shortage of affordable housing is an issue that impacts people of all races, the statistics show that black and Hispanic people are disproportionately impacted. Black households account for 12% of all households in the United States and 19% of all renters, but they account for 26% of all renter households with extremely low incomes.

So, this begs the question whether there is an actuarial difference in risk that can be attributed solely to the means or amount of rent payment (market rate vs. affordable/government subsidized)?

Or, is this question unnecessary and perhaps illegal based on its negative disparate impact on black and Hispanic people?

The Real Question to Address

So, while there may be particular affordable and subsidized communities that present risks that are too high for some carriers based on age of building, type of construction, lack of sprinklers or a number of other legitimate factors, method or amount of payment should not be considered.

However, the additional competition to be gained from all carriers’ willingness to underwrite communities, regardless of whether they are affordable or subsidized, will undoubtedly lead to better pricing, better coverage and in turn, more affordable housing.

In conclusion, I’ll invoke my client’s initial question to ask a question of a question-loving industry.

In light of the current times and heightened focus on unfair systemic practices, where looking inward and challenging the status quo is not only accepted but celebrated. Can we as an industry commit to underwrite risks without taking into consideration whether a property is affordable or subsidized and take one small but overwhelmingly positive step forward? & 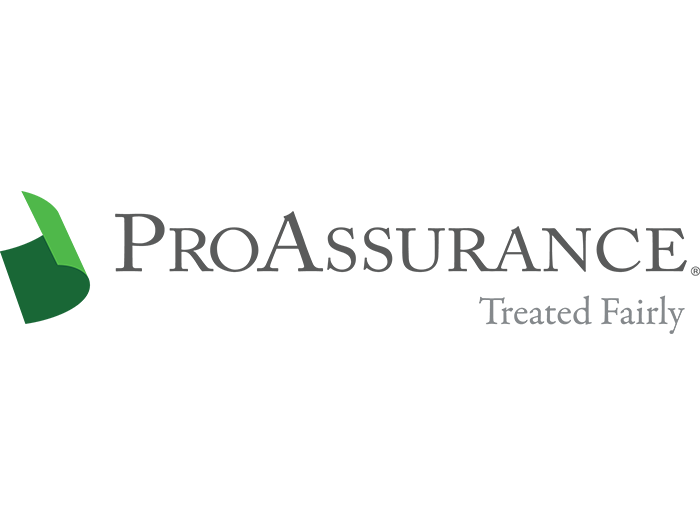 Virgin Airlines has been accused of violating the state of California's rest laws, which prevent flight attendants from being overworked.