When Japanese pharma company Astellas moved its clinical trial cover to a new carrier, an Astellas executive in the Netherlands objected. They didn’t appreciate the new carrier’s failure to provide a summary of the policy exclusions for countries where a broker is not used and the option for long-tail certificates of insurance.

The colleague lobbied hard to switch back, so Marsh’s Dawn Buelow marshaled her considerable negotiation skills and long experience with clinical trials to press the new carrier to accommodate the request.

She prevailed, even though the carrier had never agreed to this for any previous client.

“This was a huge win for us,” said Barbara Devine, Astellas’ assistant director, risk management.

A health care research and manufacturing client recently split in half. “We needed to turn over our liabilities to the newly spun-off part of the company,” said the company’s global risk manager. Buelow worked through each underwriter agreement, putting the company in a better cash and collateral position.

Anticipating client needs before they’re aware of them is a habit of Buelow’s, the risk manager said. An insurance analyst for a global health care products manufacturer wasn’t sure if the incumbent or the prefund renewal rates for the GL and workers’ compensation lines were optimal. So A.C. Chauhan went back to the market for more proposals.

Convinced the incumbent was the right choice, he negotiated a lower prefund, and in the process, discovered collateral from the early 2000s. He studied what could be returned to the company and was able to cut premium payments by half.

Another company executive said Chauhan used “a basic blocking attack” when re-evaluating a workers’ comp program that was ripe for bidding. The company was unhappy with some parts of the program but liked others. The “motivated incumbent” made desired changes to the program, the executive said. “He got us fairness and consistency.”

Chauhan comes through in a pinch, said Larry Armbruster, director, insurance and risk management, Sodexo. When the company got a surprise nonrenewal notice, Chauhan had 60 days to gather information and review several policies. Late in the process, Sodexo decided to place a global policy. The timing “gave us angst and put us against the wall in gathering liability data,” he said, because the data varied with local laws and customs.

“A.C. smoothed over the differences,” and was able to put together a program that saved money. “He’s absolutely organized,” said Armbruster. “He’s an A-plus personality.”

Cutting Through the Noise The memory of a deadly 2012 fungal meningitis outbreak originating at a Boston-area compounding pharmacy hung like a dark shadow over one of Marty Gould’s clients as it contemplated buying a compounding pharmacy — one with a clean record. “It signaled a major shift in our risk profile,” the risk manager said.

Gould took on the task of educating more than 20 senior underwriters on the business rationale for the acquisition, differentiating between the risk the proposed acquisition posed from the risk that resulted in the meningitis outbreak, said the risk manager. Gould was able to hold most of the insurance program together, replacing the few pieces that inevitably splintered away.

“It could have been a real train wreck if the underwriters didn’t understand what and why we were acquiring,” the risk manager said. “He averted a mess.”

Gould’s communication style and relationships with insurers benefit his clients, said the risk manager for a global health care supplier. When the primary insurer on the company’s casualty program came in with an “utterly ridiculous” renewal quote last year, Gould declined it, as he did the second “still ridiculous” quote, the risk manager said.

At the end of an RFP process, a competing insurer came in with a flat renewal rate — essential to the rest of the program, because secondary insurers take their pricing cue, increase or decrease, from the primary insurer.

“He cut through the noise,” she said. When a global specialty biopharmaceutical company spun out of an older company, it didn’t have much of a process for conducting clinical trials, said its risk manager.

That wasn’t a crisis at the time, but 18 months later, after “incredibly dynamic” acquisition activity, it was conducting 100-plus trials at any given time. Michelle Greene helped avert disaster by aiding the company in revamping its clinical trial processes, including tracking protocols, informed consent documents and FDA-required procedures.

“That kind of work required leadership on Michelle’s part and repeatable, sustainable processes on our side,” the risk manager said.

The company also inherited considerable inefficiencies when it spun out of its owner. “We took the existing insurance program whether it was a good fit or not.”

With a scrupulous eye to shaping the new company’s casualty and liability coverage around mitigating its actual risks, not merely producing an insurance certificate, Greene eliminated overbilling and “right-sized” the program, the risk manager said.

The company’s treasury analyst, who is relatively new to her insurance responsibilities, also credited Greene with the soft skills of “leadership and mentoring” as well as shaping a competitive insurance program.

“She a great trainer of future leaders,” the treasury analyst said. “She’s so knowledgeable. Very humble. A great listener.” In the world of global clinical trials, Harder said, perfectionism with D&O policies is essential. “With others, I try to be patient, but I don’t have to be with Amy. She responds completely and thoroughly.”

Klitzke brought the same attention to detail to a global leader in beauty salons and cosmetology education. Even before being awarded the insurance program, Klitzke identified two dozen coverage deficiencies and gaps, and resolved 16 of them.

Once hired, she established a learning center that included, among other things, a crime prevention and response program.

“She works as easily with senior management as with day-to-day folks,” said the company’s risk manager. “She’s always thorough, always concise and clear.”

An Advocate and Communicator With the acquisition of several high-risk products, Akorn Pharmaceuticals needed a way to bring its new product portfolio into its insurance program. Akorn engaged Arthur J. Gallagher’s Walker Taylor to guide its annual renewal. Favorable terms were a priority.

“We were impressed with [Taylor’s] grasp of the science and the business points,” said Akorn’s general counsel Joe Bonaccorsi. Taylor procured the lines Akorn sought under favorable terms.

“He’s a good advocate and a good communicator,” Bonaccorsi said, and he’s able to speak in plain language to attorneys, scientists and the R&D teams.

When two private equity companies bought a large contract research organization, they transferred the existing insurance program — which included professional services, E&O, medical malpractice and product liability — from Taylor to their own broker.

That relationship didn’t work out, so the organization’s general counsel prevailed upon the new owners to meet with Taylor, who pitched a return under a flat fee arrangement for two years. His program generated savings, far outstripping the other broker in cost and performance. It also included new, robust cyber security coverage, necessary because of the volume of personal health data in the client’s databases.

Still, the owners hired an independent third party to scrutinize the program. “They had zero recommendations for improvement,” the attorney said. 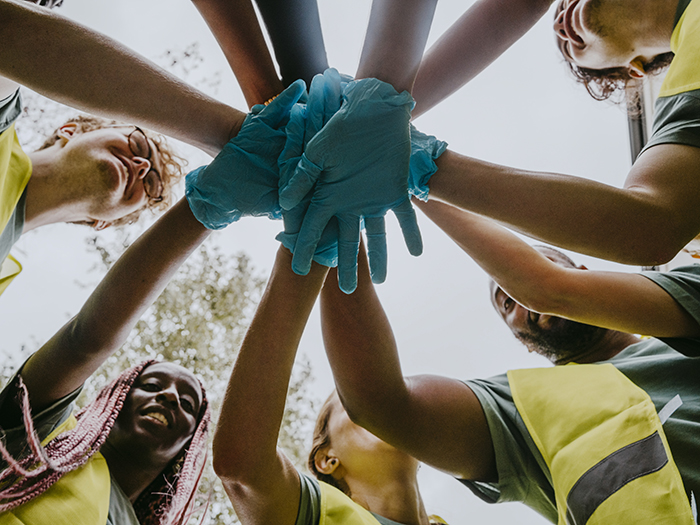