Earlier this year, I forecast the five absence and disability management trends for 2017.  One of them was paid family leave. What I didn’t know at the time was how many employers were working on developing and implementing company programs.

DMEC has hosted several local chapter meetings in 2017, showcasing employers who recently implemented a paid family or parental leave program. At the DMEC Annual Conference, we also devoted a morning to this same topic.

The exciting thing to see was that many of these companies were not Silicon Valley or household-name employers, who typically lead the way in enhanced benefit packages. While some were large companies with well-known brands, the message was not about the size of the organization but rather the reasons for implementing a paid family leave program in their organization. These companies have a desire to do the right thing, to ensure their programs reflect their company culture, to attract new employees and retain existing employees.

Without a national law, states, localities, and regulators continue to weigh in with new leave mandates and interpretations on how paid programs must be offered.

Some states have recently legislated paid family leave and there is more to come. Employers are grappling with the difficulties that come with continual changes in paid leave laws and regulations. This was confirmed in the latest DMEC Paid Parental Leave Pulse Survey, conducted with The Standard.

While the vast majority of employers want to implement or expand their paid family leave programs, costs and complexity create barriers. The difficulties and limitations are largely due to the lack of a federal mandate. In a 2014 study conducted by the International Labour Organization, Papua New Guinea and the United States are the only two countries, out of 185, without a national public policy for paid maternity leave. 78 of those 185 countries have a mandated paternity leave.

Without a national law, states, localities, and regulators continue to weigh in with new leave mandates and interpretations on how paid programs must be offered. For example, the EEOC recently sued Estee Lauder because the company does not provide new fathers with the same paid leave as new mothers.

In addition, state and federal FMLA laws have different regulations on who is considered a “covered family member,” and many family units now vary beyond a “one mom, one dad” structure.

All of this makes it important to define the terms as companies look to build their paid leave programs.

Paid Family Care Leave: This is defined as paid leave to care for a family member as defined by policy. This typically refers to immediate family (spouse, domestic partner, child, step relationships and parents), though it may apply to grandparents, grandchildren or in-laws depending on the policy.

Primary Caregiver: A primary caregiver is a parent, family member or guardian who has self-identified as the person who has primary responsibility for a child.

Contingent Caregiver: A contingent caregiver is a parent, family member or guardian who has self-identified as the person who supports or partners with the primary caregiver to care for a child.

Below are some other issues you should discuss if your organization is considering rolling out or upgrading a paid leave program.

Gender Equality: Social attitudes about the relationships among men, women and children continue to change. Rather than “mothers” and “fathers” with distinct roles, many people now think in terms of “parents” with shared and overlapping rights and responsibilities. The increased reality and visibility of same-sex parents has helped to accelerate this trend. As the EEOC case noted above indicates, treating people equally is always a safe route to reduce risk. It’s also increasingly important to attract top talent in a tight labor market.

Extent of Coverage: Will paid leave cover just managers? If it covers everyone, will management and non-management employees receive different types of paid leave? Again, while each organization is different, uniform policies always reduce risk (and administrative costs). They also communicate a less rigid organizational structure, and play an important part in attracting top talent in today’s competitive hiring environment.

Full or Partial Pay: While more employers provide full paid leave, many still pay a percentage of an employee’s salary. This is almost always an affordability issue. As the labor market tightens, these costs are increasingly weighed against the need to attract and retain desired employees. More generous paid leave programs communicate a commitment to work-life balance. This can sometimes be even more effective than higher base pay in attracting skilled and dedicated workers.

These are just a few of the issues around implementing an effective and compliant paid leave program. Even though external conditions continue to evolve, there are best practices that are working in today’s market. Learning what peers are doing is a good way to reduce risk and maximize the competitive advantages of this increasingly important employee benefit. 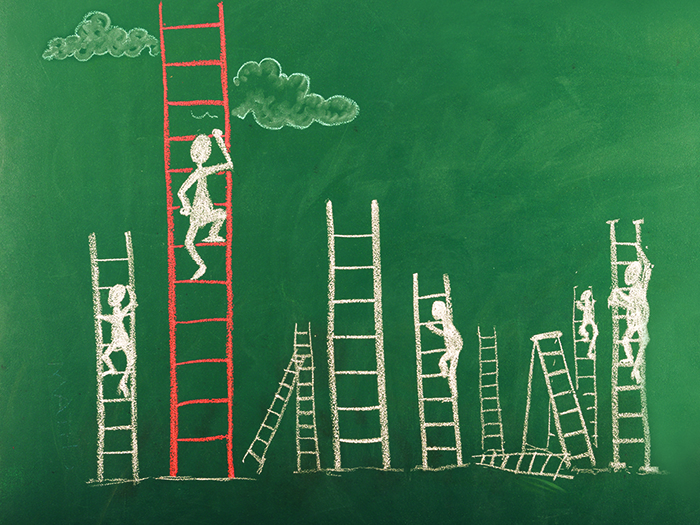 MAPTYCS founder and CEO Jacqueline LeGrand talks starting her own company, living abroad and why diversity is vital for the insurance industry.