Menace on the Horizon That’s all the time that tens of thousands of coastal residents and tourists will have to escape with their lives when the Cascadia Subduction Fault ruptures. It could happen tomorrow. Or in 50 years. No one is totally sure, since there is no way to predict when earthquakes occur.

But when the 700-mile-long fault in the Pacific Ocean that stretches just 70 miles offshore from Cape Mendocino, Calif., to Vancouver Island, British Columbia, last erupted in 1700, the earthquake-powered tsunami was so powerful it drowned a forest of 150-foot-tall spruce trees on the Oregon Coast and swamped a feudal castle in Japan.

This time, the loss of life and infrastructure damage will be worse because so many more people live in the Pacific Northwest and there is so much more to destroy.

Large sections of the coastline will drop by nearly 5 feet, and the shaking caused by the magnitude 9 earthquake will last as long as five minutes, affecting 140,000 square miles, including Seattle, Tacoma, Portland and Olympia. Aftershocks will continue for months. The first tsunami wave — as high as 30 to 40 feet — will bury the coastal communities in unrelenting towers of water moving about 20 mph toward the shore, and as fast as 500 mph across the ocean. About 100,000 people live and work there, but the population grows by tens of thousands during tourist season.

Roads, bridges, railways and communication structures will be destroyed. Natural gas pipelines and water systems will be heavily damaged. There will be widespread, lengthy power outages in every city within 100 miles of the coast. Undersea transpacific cables will be severed.

Fatalities will total upwards of 13,000 — many more if the tsunami occurs during a weekend beach day in tourist season.

The coastline and low-lying areas of towns west of I-5, the main interstate on the West Coast, will be wiped out from Northern California to British Columbia. Higher ground will suffer moderate to severe damage.

Fatalities will total upwards of 13,000 — many more if the tsunami occurs during a weekend beach day in tourist season.

Analysis:  Total global economic losses from natural and man-made disasters in 2015 were $92 billion, according to Swiss Re. When the Cascadia Subduction Fault ruptures, that alone will be higher.

Residents and small business owners usually do not have flood or earthquake protection. And standard policies for small businesses have limited coverage for business interruption, or extra expenses required to rebuild and recover.

“The basis for the panic is pretty solid. It’s not a tinfoil-hat kind of thing. We are way past the minimum from geologic records, but we are not in any sense, overdue.” — Dr. Chris Goldfinger, director, active tectonics and seafloor mapping laboratory at Oregon State University

National or regional companies may see higher payouts. As sophisticated insurance buyers, they will have higher limits for business interruption, contingent business interruption and for extra expenses. But the damage will take months and years to fix. No business can outlast that. Not if they remain in the area.

Homes and businesses on the coast will be destroyed. Plus, the entire coastline will be isolated by the tsunami’s devastation, cut off from the rest of the country.

In the bigger cities, such as Portland, Eugene and Seattle, many properties will be destroyed by the earthquake. Residents and business owners will face at least a month without electricity, several months without water, and years before bridges and major infrastructure are restored. And those are the optimistic projections.

Oregon businesses were stunned to hear it would take months and years to resume operations, said Dr. Chris Goldfinger, director, active tectonics and seafloor mapping laboratory at Oregon State University, who has been charting the frequency and severity of the zone ruptures.

“They said after a few weeks, we would have to leave,” he said. “We can’t just sit here and wait for years for bridges to be rebuilt. That was a sobering moment.”

Everyone Has a Stake

The average time between earthquakes is 400 to 500 years, Goldfinger said. It can be as short as 200 years, as long as 1,000. It’s now 315 years since the last rupture of the Cascadia Subduction Fault.

“The basis for the panic is pretty solid. It’s not a tinfoil-hat kind of thing. We are way past the minimum from geologic records, but we are not in any sense, overdue,” Goldfinger said.

“Everyone has a stake in it,” he said. “We all have a responsibility to do something.” — Jay Wilson, Clackamas County (Oregon) resilience coordinator

With bridges, highways and communication down, emergency response will be limited. Rescue efforts will have to come from outside the affected areas.

“The people we count on the most for smaller disasters and misadventures will be victims like the rest of us,” said Goldfinger.

Like many others in the Pacific Northwest, Jay Wilson, Clackamas County (Oregon) resilience coordinator, is working to reduce the number of victims. It’s a very site-specific exercise and an overwhelming task.

“Everyone has a stake in it,” he said. “We all have a responsibility to do something.”

To aid tsunami survivors, the construction of about 43 “vertical evacuation structures” in coastal Washington have been discussed. Officials and community members are also caching relief supplies on high ground near the tsunami zone so survivors will have provisions while they await rescue, said Nathan Wood, research geographer, U.S. Geological Survey.

“It’s a massive planning effort,” he said, noting that Oregon and Washington emergency managers have involved hundreds of experts, legislators, business leaders and the public in regional resilience planning.

“It will be catastrophic,” Wood said, “but we can make it more resilient. People are not burying their heads in the sand. Can they make everything perfect in one day? No. But it was really impressive how they are pulling everybody together.”

Still, Wilson said, it’s a hugely expensive proposition that will take years, and new buildings and infrastructure are still not being constructed to a higher level of resilience, such as is common in Japan and Chile, or even California, where earthquakes and tsunamis are more common.

“Until the business community starts demanding it and elected officials campaign on it, it’s still backroom conversation by a bunch of policy wonks like me saying, ‘What can we do to make this happen?’ ”

That’s not to say there hasn’t been progress. In June, “Cascadia Rising 2016,” a four-day earthquake and tsunami drill began in Washington and Oregon to test emergency response measures. About 20,000 people, including the U.S. National Guard, and federal, state and local emergency responders, practiced saving lives and delivering services while testing ways to communicate with no electricity or cell service.

The region will also be getting support from the 100 Resilient Cities initiative of the Rockefeller Foundation. Seattle and Vancouver were added to the roster in May. Both will receive financial support for a chief resilience officer as well as access to best practices, service providers and partners.

Wilson had been hoping Portland would be chosen as well.

Recovery will be an immense challenge. The U.S. already has a $1.5 trillion shortfall for infrastructure maintenance, said Alex Kaplan, senior vice president, global partnerships, Swiss Re, who works with the 100 Resilient Cities initiative.

“Where will the money come from?” asked Jamie Miller, head of property for North America, Swiss Re Corporate Solutions. And when? One year after Superstorm Sandy, about 75 percent of federal funding still had not been dispersed, he said.

The challenges settling claims following Sandy’s devastation will surely reoccur, Miller said. And there will be a “huge gap” between insured and economic losses for small business owners.

“Where a policy does not cover earthquake or flood, an insured’s coverage may only include ensuing losses, such as fire resulting from a burst gas pipe.”

Business income protection and coverage for extra expenses will not come close to covering the costs required to return to operation, he said.

For larger companies, even the most sophisticated risk manager will be challenged to calculate — or protect — the business income and recovery losses.

Access to gasoline will disappear rapidly, so emergency generators will become useless. Customers will be nonexistent.

Construction crews will be overwhelmed and face labor shortages; their price will dramatically escalate, assuming it’s even possible to hire a crew, Miller said.

Built-in redundancies to use nearby facilities to get back in business will be useless since the entire region will be affected, and receiving supplies, impossible.

Plus, with the popularity of just-in-time supply chains, companies will likely have few resources on hand to facilitate production.

At the same time, U.S. and Asian companies that rely on goods from the devastated area will go lacking.

“The big question is, what are we going to do about it?” — Jay Wilson, Clackamas County (Oregon) resilience coordinator

After the Thailand floods in 2011, some car manufacturers delayed production for months because of a lack of components, while computer industry companies saw shortages and adverse impacts for six months to a year.

When large commercial enterprises file insurance claims, they may be dealing with as many as 20 companies.

“Getting them all to agree on an adjustment is a big challenge,” Miller said.

Insurers that did not adequately manage risk aggregation will face bankruptcy. That, in turn, will leave third-party vendors and service providers unpaid and work undone.

Steven Jakubowski, president, Aon Benfield’s impact forecasting team, said insurer solvency will be an issue. “We saw that in Northridge,” which was a 6.7 magnitude earthquake that hit Los Angeles on Jan. 17, 1994.

According to the Insurance Information Institute, Northridge caused $15.3 billion in insured damage, topped only by Hurricane Katrina, the attacks on the World Trade Center and Hurricane Andrew.

“We are so big on public/private partnerships because of this,” Miller said. “The resiliency initiative is all about creating awareness of overall risk.”

“We haven’t had anything this big in our country before,” he said. “For me, I just accept it. It’s gonna happen,” said Wilson. “The big question is, what are we going to do about it?” & 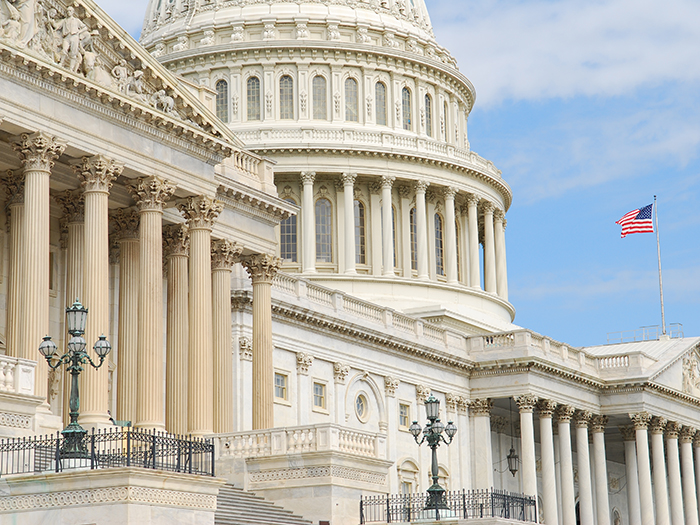 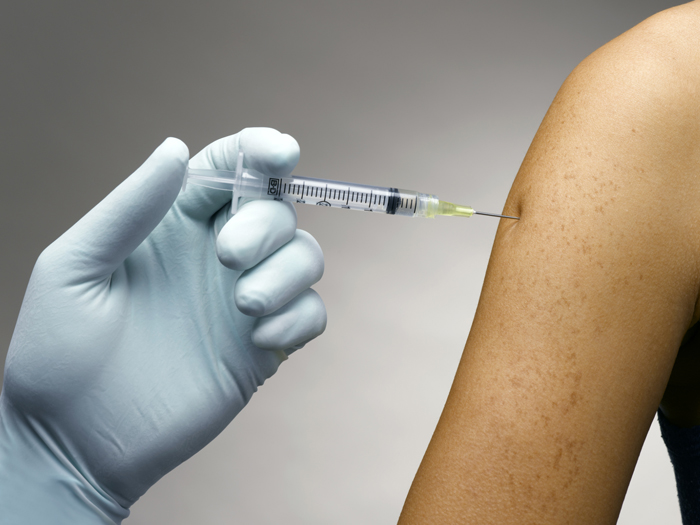 A new survey examines attitudes toward COVID-19 vaccination policies in the workplace.