140 drones lit up the Philadelphia night sky on April 28 to show gratitude towards health care workers, but what many didn't see was the risk management behind it.
By: Emily Spennato | May 20, 2020
Topics: COVID-19 | Health Care | Risk Management | Technology When 140 drones lit up the sky above Franklin Field at the University of Pennsylvania on the evening of April 28, it was for one purpose only: to say thank you.

Right across the street at the Hospital of the University of Pennsylvania, down the road at Children’s Hospital of Philadelphia, and in medical centers around the world, health care workers are on the frontlines of the fight against COVID-19.

Based out of Pennovation Works at the University of Pennsylvania in Philadelphia, technology company Verge Aero has combined the entertainment and aerospace industries to create aerial drone shows by turning computer graphics into flight commands.

The company’s executives knew they wanted to use their abilities to express gratitude to those battling the pandemic in their neighborhood and beyond.

On April 28, that’s exactly what they did when drones illuminated the sky across from the Hospital of the University of Pennsylvania.

How They Found a Way to ‘Yes’

While Verge Aero is the brain child of five individuals, their eight-minute drone show could not have happened without the help and planning of a small army of individuals from the University of Pennsylvania and the City of Philadelphia … and not to mention, some sturdy risk management.

Approximately two-and-a-half weeks before the event, Benjamin Evans, associate vice president of risk management at the University of Pennsylvania, was contacted by a Penn colleague, detailing Verge Aero’s desire to put on a drone show to express their gratitude and empathy to the health care workers of Philadelphia. “There wasn’t a doubt in our minds that this was a beautiful event and we should find a way to make this happen,” said Evans of himself and his colleagues.

“One of my mottos here on campus is: Find a way to ‘Yes.’ Certainly in this event I needed to find a way to ‘yes.’ “

And yes they did.

After an initial meeting of scouting locations that would offer the best vantage point to the Hospital of University of Pennsylvania, as well as CHOP, they decided on Franklin Field, the university’s stadium, as a launch site.

Franklin Field proved to be the perfect location, as it is directly across from the Hospital of the University of Pennsylvania, as well as being enclosed to a certain height, potentially blocking it from excess wind.

But before any drones could fly, Verge Aero had to submit proof of insurance and a copy of their insurance policy to Evans.

“The biggest risk is that something goes wrong or someone is injured, a third-party, an employee on my staff, or someone from Verge Aero,” said Evans.

The Risk Behind the Reward

On top of personal injury, university property damage and reputational risk to the 280-year-old institution were of concern. UPenn also operates two helipads for incoming emergencies and trauma; one at HUP and one at Presbyterian Medical Center. CHOP also operates their own helipad.

“One of the biggest exposures, naturally, was having the drones interfere with the helipad operations and the potential of incoming aircraft … there are a lot of requirements for pilots who fly drones, least of which are those of the Federal Aviation Administration,” he explained.

Luckily for Verge Aero, whose previous clients include Coldplay, the Rolling Stones and the Olympics, this was not their first rodeo.

“The FAA was pretty heavily involved and it was the first time they were involved in something like this, especially in the Philly area,” said Tony Samaritano, president and co-founder of Verge Aero.

“It was a really cool learning experience for us, Penn and the FAA.”

Before the show, the FAA sent an inspector to examine the drones and learn how the system worked. From a regulatory perspective, it’s their job to make sure all potential for a manned aircraft collision is avoided at all costs.

“Right now, no one knows the right way to do it. It’s so new, there are no protocols. It’s kind of cool to be helping the FAA understand and learn the safe way to do this.”

As a result of the world we are living in, there was the risk of the event becoming public knowledge before its occurrence. To avoid this and the possibility of unnecessary crowd formation, the team tested each drone on April 27 and tested the show in the middle of the night, sometime between 12:45 a.m. and 2 a.m. on April 28.

“We test each drone to make sure it’s healthy at a new location,” said Samaritano.

“It’s a very low risk way of making sure the system is perfectly healthy.”

After a flawless test run — minus one social media whistleblower who caught a peep of the rehearsal — clear skies and low wind on April 28 made it the perfect evening for a drone show.

“It was the same day that the Blue Angels flew over the city of Philadelphia so it turned out to be a wonderful day,” said Evans.

That morning, health care workers were alerted by hospital communications that the show would take place that evening. The drones launched at 8:45 p.m. The reaction was exactly what Verge Aero and Penn’s staff were hoping for.

“It’s kind of a cliche, but it really was priceless,” said Evans.

“It was extremely rewarding for me to be a part of it but to also be there that night and see the expression on our health care workers faces as they were outside in front of HUP. Many of them had tears in their eyes, everyone was filming it — there was just a lot of passion and thanks around the event.”

As for the execution by Verge Aero: “It was just flawless, there wasn’t a hiccup at all,” Evans said effusively.

“It was just amazing,” said Samaritano.

“By the time the drones come in for landing that’s the time when all the nerves go away … as soon as everything landed we heard a lot of clapping and cheering and there was one person who came over to the stadium just yelling, ‘Thank you so much’, So that was really cool.” “This was an opportunity for us to donate our resources and expertise to stand
in solidarity with these brave heroes, and convey the thanks of the American people,” said Verge Aero CEO Nils Thorjussen.

“We are profoundly grateful for their tireless work, dedication, and sacrifice.”

As someone whose responsibilities cross over to Penn Medicine, this event was personal for Evans. He also has a hero daughter who works as a nurse at Pennsylvania Hospital, and he knows the sacrifices she is making everyday.

“I knew the end result and the value it would demonstrate,” Evans said of the show. 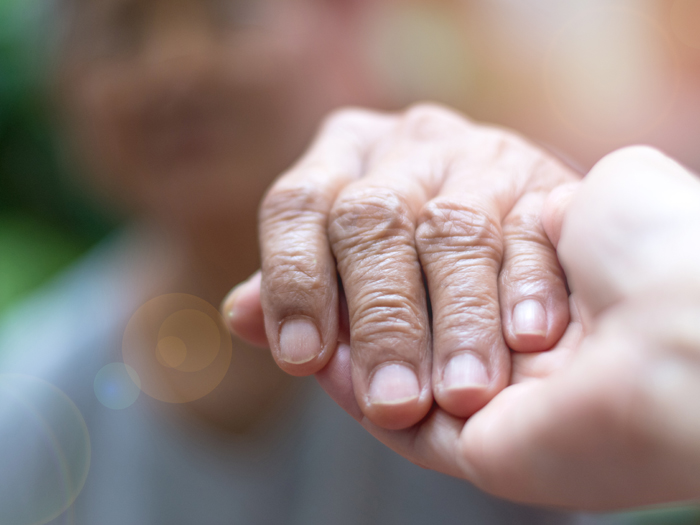 As Frequency and Severity of Pollution Claims Rise, Environmental Insurance Is Finding the Tools to Move Forward

Pollution claims are growing in severity and frequency, but at PHLY Insurance, the underwriting team is working hard to get clients what they need.