That, coupled with data from a Risk Management Society study, which found that only 16% of insurance professionals think there will be enough talent to serve the industry’s needs by 2025, has insurance companies looking for solutions to fill the gap.

According to the U.S. Census Bureau, the 65-plus population will almost double over the next 30 years, reaching 88 million by 2050. At the same time, trends show that by 2045, caucasians will make up 49.7% of the population compared to 24.6% for Latino Americans, 13.1% for black Americans, 7.9% for Asian Americans, and 3.8% for multiracial populations.

In 2019, Gallagher’s president and CEO J. Patrick Gallagher, Jr. signed a CEO Action for Diversity & Inclusion pledge, which calls for the company to foster an environment where diverse perspectives and experiences are welcomed and respected.

“Leading by example is huge,” Johnson said. “The CEO pledge is defined around diversity and inclusion. Our leaders around the world know that it’s important. It has a trickle-down effect. It holds a lot more weight if senior leaders aren’t silent about this.”

Gallagher tries to acquaint young people with the business through college recruitment and internship programs.

“It’s about exposure,” Johnson said. “A lot of college students don’t go to college for insurance. But we expose them to the vast array of opportunities the industry offers.”
Gallagher employs about 500 interns a year who work in a variety of areas including sales, marketing and data operations. 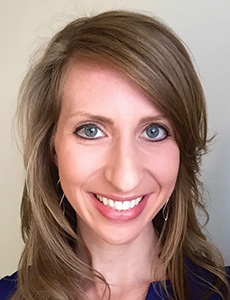 Johnte Archer, CEO of J. Archer Insurance Group in Houston, has pursued about 20 projects over the last five years with Gallagher, and they’ve succeeded in winning about a dozen. The collaboration also prompts other companies to think about the value of adding diversity to their own businesses, said Archer.

“When people see success occurring because a large company chooses to work with a diverse partner, that encourages others to do the same,” said Archer. “They see that it’s working.”
Archer also does quarterly events focused on financial literacy, insurance and entrepreneurship for women and women-owned businesses.

“One of the primary goals I have is to introduce more women to the industry, which has been such a white male-dominated industry,” she said.

Those events have resulted in Archer hiring two women who are now licensed agents.

Another company that is focusing its efforts on the development of women within the industry is Philadelphia Insurance Companies (PHLY), which launched the Women’s Leadership Series in 2013. It provides women-specific training workshops on topics as executive presence and building confidence in the workplace.

In addition, the company’s Women’s Leadership Program committee represents various parts of the company, including underwriting, claims, human resources, compliance and customer service. The group is dedicated to cultivating skills in such areas as business practices, career opportunities and personal networks.

Both initiatives have had positive results. For all levels of leadership, female representation has increased three to five percent continually over the last seven years, noted Laura Boylan, vice president of HR at PHLY.

“Diversity programs include a vast landscape of training topics and resources that help develop our talent and potentially broadens the lens of their worldview. This strengthens their ability to develop relationships with a deeper understanding and appreciation for how to best serve our customers,” said Boylan.

Anna Beninger, global diversity and inclusion partner at AXA XL, echoes Beninger’s views. One of her company’s new initiatives requires diverse interview panels, which means any group of candidates being interviewed for a position must be gender-balanced. If there are two men, there must also be two women.

“Research shows that we discount the things that are different from a group,” she said. “It’s seen as the exception rather than the rule.”

The company is also identifying and contacting women staffers who might be interested in high profile jobs or projects.

“Leaders might assume that a woman wouldn’t want to go abroad, because she’s married or has kids,” said Beninger. “But the fact is that she’s never been asked.”

AXA XL, which has thousands of employees across the world, has mapped out a global strategy of becoming more diverse and inclusive while also being locally relevant.

One effort enables groups of employees in 14 different countries to decide how they want to act locally to make their ranks more diverse and inclusive.

“It’s driven by employees and takes into account the local culture and local needs,” noted Beninger.

The groups each have their own budgets and develop their own business plans for achieving their goals.

In India, for instance, one group held hiring drives to attract more employees with a physical disability. The company also has a Diversity and Inclusion Leadership Council with 20 leaders who serve as key ambassadors charged with seeing the diversity and inclusion strategy come alive locally.

“We have an opportunity to make sure our individual employees feel like they belong, that their unique characteristics are appreciated and that they have a voice here,” Beninger said.

She and other leaders believe diversity is crucial to enabling the industry to meet the demands of the 21st century and beyond.

“[Diversity] is a really important approach to making sure we’re not only surviving but thriving,” Beninger said. &