Track Record: On Time and Under Budget With less than two weeks before a client needed to conclude a major real estate acquisition, Laura Decker got to work. First she reviewed hundreds of environmental Phase I reports on the property.

Of even greater concern was the fact that many of the property’s environmental exposures fell outside of most insurers’ appetites. Subsurface investigations into historic contaminations at the site were infrequent. Worse still, lenders were starting to question if they should proceed with the deal altogether because of the potential exclusions.

Having gone through the reports and drawn up an action plan, Decker negotiated terms that satisfied all parties, walking the client through each property and its exclusions so that they could relay that information to the lender, enabling the transaction to move forward.

“Even with all of these challenges Laura was able to get us the coverage we needed under budget in a tight time frame,” said the client. “She’s good at getting a quick turnaround and has an extensive knowledge of the market and the products available.”

Another client said, “We had two major challenging acquisitions over the past 18 months, where due to timing, we couldn’t get the necessary information to Laura on time.

“But she was savvy enough to organize and prioritize the data and get the carriers to allocate additional resources to not only get the renewal completed ahead of time under budget, but to get the best terms and conditions for the majority of these properties.” When his client’s insurer decided not to renew its site pollution program after nine years, Brian Finnegan acted quickly.

The client owned more than 400 properties, including bulk petroleum storage terminals, port locations and gas stations. It also transported petroleum products, mostly in Alaska. This was no small task.

Added to which, the client, Saltchuk Resources, wanted to keep identical limits, terms and retention all at the same premium, while ensuring there was no coverage gap between the old and new programs.

Finnegan needed to learn the existing program as well as the business and its operating companies before going to market. To add to his task, he needed to carry out a comprehensive marketing effort during a time in which the client expanded rapidly.

To meet this growth, he recommended higher limits and found a solution that combined two programs to maintain the retroactive dates of the old program, while keeping the same retentions.

It doubled limits for the highest exposures and reduced premium by 50 percent.

“We were left in a vulnerable position, but thanks to Brian it was an amazing result,” said Lisa McQueen, senior director of risk management at Saltchuk.

“Because of his environmental background he was able to understand our exposures and sit down and work out a solution that gave us the best of both worlds.” With more than 600,000 borrowers from across the farming sector on its books, it’s almost impossible for FCC Services to know the full extent of its environmental exposure.

So it was difficult to find an insurer willing to provide blanket coverage. Allan Jackson stepped in, quickly grasped the organization’s structure and found the best program.

“We struggled for years to find a broker that could articulate the unique structure of our organization in the commercial insurance marketplace and the uniqueness of our program to our customers and board,” said Debbie Dettmer, FCC’s managing director of risk management and insurance services. “Thank goodness for Allan. He has used his relationships within the industry and his understanding of our exposure and structure to expand our potential markets from one insurer to four. Needless to say, this has resulted in better terms and conditions as well as more favorable pricing.”

Another client said, “Allan has a distinct knowledge of the environmental insurance marketplace and awareness of the specific appetite and competency of each underwriter he works with. He was able to navigate the marketplace to locate the right trading partner for our risk and tailor our policy to fit our specific needs.” Tasked with conducting a feasibility study into a global specialty chemical client’s insurance needs, Kimberly Mann first determined if all its stand-alone environmental policies could be integrated into one program.

She then looked into leveraging its captive to create a global program for all its operations. Having engaged the underwriter to review the engineering reports for each of the locations, she added these exposures to the captive, then renegotiated the excess layers of risk transfer with the carriers, structuring the captive as an excess program so as not to disrupt the elements already in place.

This insulated the carrier from the exposure until its policies expired. She was able to improve the terms for each of the facilities, including the addition of first-party trigger, legacy risk exposure, and refined exclusions for known contamination.

She also managed to increase the total limits for several of the sites, while reducing the premium by 77 percent.

“Kim was instrumental in the leveraging and integration of our programs,” said her client. “She’s detail-oriented, a strong problem-solver and has been very responsive to our needs.”

Another client said, “Kim is a wealth of knowledge that we rely heavily upon in evaluating new construction projects and their specific needs, creating and implementing corporate-wide programs or creating specific programs that fulfill lender requirements.”

Coming Through in a Time Crunch Headache doesn’t even begin to explain the scale of the task facing James Vetter. He needed to help his client liquidate the assets of a refinery that was being sold through bankruptcy — all within a six-week window.

The sale of the multi-thousand-acre site involved multiple stakeholders, including the buyer and seller, and six different lawyers representing various aspects of its environmental issues and coverage. But to enable the sale and subsequent operation of the site, $100 million in pollution legal liability insurance first needed to be placed.

Drawing up a schedule for every task and the responsibilities of each stakeholder, Vetter held bi-weekly calls to coordinate the project. The end result suited all parties, and was placed on time and with superior coverage enhancements and policy wording.

“This was a 50-year-old refinery that had not operated in over four years,” said his client. “I was amazed that Jim was able to not only get the policy in place, but get it done within the time frame we needed.”

Jeanne Cohn-Connor, a partner at Kirkland & Ellis, said, “Jim’s strength is in knowing the players in the environmental insurance space and in directing the work so it can get done, under time pressure, in a way that keeps everyone focused on the goal.”

In another case, Cohn-Connor said, Vetter put together a program with three insurers that showcased his unique talent for negotiating with diverse stakeholders.

Skilled at Satisfying All Parties When Commercial Liability Partners became involved in the divestment of a former foundry site in Columbus, Ohio, it faced huge environmental challenges.

The 44-acre Columbus Castings site manufactured steel parts for rail cars for more than 100 years. There was a legacy of pollution exposures that needed to be addressed.

Working with the available data, Max West was able to customize and negotiate coverage for the known contamination, as well as insure against bodily injury risk to neighbors and diminution in the value of their properties as a result of past pollution from the site.

The final policy provided $10 million in limits for 10 years, covering all of the site’s legacy environmental problems.

“Max was successful in obtaining a policy at a better price and coverage with minimal exclusions,” said Ron Froh, CEO of Commercial Liability Partners. “Without the policy, the acquisition wouldn’t have been successful and that’s all down to Max. His ability to grasp the situation, think outside the box and convey our needs to the underwriter to secure the best possible coverage was top-notch.”

West helped another client secure coverage for environmental contamination on its sites as well. “Max is one of the best in the business. He has successfully solved more than a dozen environmental cases for us,” said Mike Baucus, managing partner at real estate investment firm AIC Ventures. “There isn’t another broker in the country we would use.” 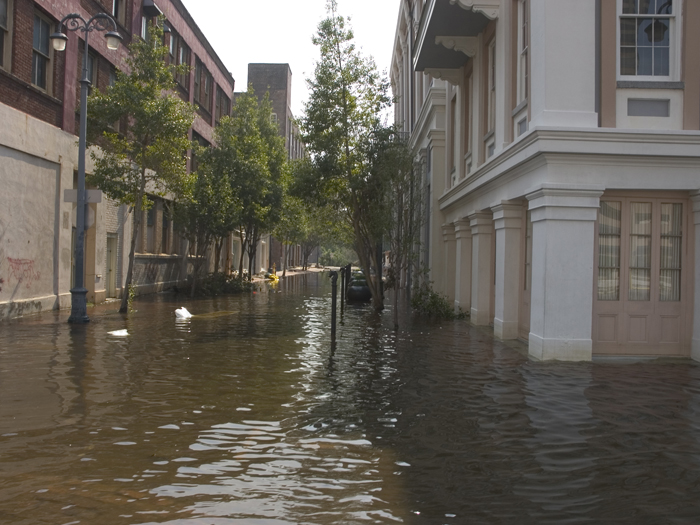