Dealing With The Horrific More and more states are amending their workers’ compensation laws to allow police officers, firefighters and other first responders to file claims for post-traumatic stress disorder triggered by horrific events on the job.

The evidence is scant on how these new laws are impacting both the cost and scope of public sector workers’ comp programs. But virtually everyone agrees that PTSD is a serious issue that departments with first responders must tackle head on.

Orr is president of the Norwalk Police Union, which is lobbying for the State of Connecticut to change its law.

“After Sandy Hook, many of the officers who responded to the school and investigated the aftermath of that devastating tragedy suffered from intense PTSD,” but, he said, “their claims under workers’ comp were rejected by the insurance company and the town.”

“They were forced to go back to work or lose their paychecks, or worse, their jobs. Many did not get the mental health care that they needed.”

In Colorado, unions representing first responders are pushing for changes in that state’s workers’ comp law to delete what they believe is outdated language stating that first responders can only file PTSD claims for traumatic events outside of their usual work experiences, said Longmont (Colo.) Police Sgt. Sean Harper, representing the Colorado Fraternal Order of Police.

Harper said there is medical evidence to support claims that even typical work experiences for first responders can cause extreme distress for some, particularly if the experiences are cumulative.

“As police officers, our job is to protect and serve the community, but we can’t serve at our best if we’re not at our healthiest,” Harper said. “It is in the best interest of the State of Colorado to keep the police as mentally healthy as possible, and that means paying for treatment so these traumatic events do not evolve into PTSD.” The Denver-based carrier was concerned about the first bill because it carved out one occupational group, and Pinnacol said the second bill, in the last session, “went too far in the other direction, saying that a claim for mental distress could not be denied based solely on the occupation of the worker.”

“Such a broad approach would create ambiguity in the existing statute and thereby increase litigation,” Sonn said. “We believe there is a middle path between these two extremes to ensure that first responders are covered appropriately.”

Police and firefighter unions in Pennsylvania are also preparing to “push the issue,” said Michael G. Dryden, an attorney at Willig, Williams & Davidson in Philadelphia.

“The laws will make people feel more comfortable getting therapy because their reactions will be treated more as an injury or illness than look like catering to weakness,” Dryden said.

The cost to workers’ comp programs has yet to be fully measured.

Peter Burton, senior division executive for state relations at National Council on Compensation Insurance in Wayne, Pa., said that many municipalities self-insure for workers’ comp and do not report data to NCCI. Consequently, the organization has little information on claim exposure to price PTSD claims.

“But intuitively, adding this additional compensable injury exposure will likely increase the costs of classifications of municipalities that have first responders, firefighters and EMTs, but not necessarily a significant effect to the entire workers’ compensation system within a particular state,” Burton said.

If more states amend their workers’ comp laws, there could be an increase in PTSD claims “due to the apparent availability of an avenue of income without working for those employees so inclined,” said Terri Evans, risk manager for the city of Kingsport, Tenn. and president of the Public Risk Management Association in Alexandria, Va.

Currently, there is no push to change Tennessee’s workers’ comp law.

“In some states, there might be disability benefits and workers’ compensation benefits that would be available to the injured employee at the same time, further enticing disgruntled or unhappy employees,” she said. “All would depend on how the statute was worded, and what was included or excluded in benefit availability.”

However, Evans stressed that public sector risk managers have a duty to help first responders deal psychologically with traumatic events.

In the City of Kingsport, if an employee feels a work-related incident has impacted them, they can file a claim with the city’s workers’ comp program to determine eligibility of the claim at the onset. That way, even if for some reason the claim is not eligible for workers’ comp, the city can assist the first responder via its employee assistance program, she said.

“We try to be proactive in providing assistance to our employees during times of adversity, whether or not the issue rises to the level of a workers’ compensation claim, because it is important that our employees know they, and their mental and physical health, matter to us,” Evans said.

The Minnesota law that extended workers’ comp coverage for PTSD took effect in October 2013, and so far, the increased cost to public sector workers’ comp programs within the state appears to be “relatively modest” — about 1 percent or so for cities that are members of the League of Minnesota Cities Insurance Trust, said Dan Greensweig, LMCIT’s assistant director at the League of Minnesota Cities in St. Paul, Minn.

The numbers of PTSD claims have been small, about three to five per year, but some of the claims have been very expensive because the individuals needed significant medical care and likely won’t ever be able to return to work as police officers, Greensweig said.

PTSD is “definitely a risk we and our members need to be aware of, not just because of the potential cost implications but also from the standpoint of the public safety officers’ health and well-being,” he said.

“Just as with any other type of injury, the best solution is if we can find ways to prevent the injury in the first place. But of course that’s a challenging thing to do, given the nature of the job for police officers, firefighters, EMTs and other public safety professionals.”

The nonprofit Metro CISM Team in Bloomington, Minn., provides “critical incident stress management teams” throughout the state to help first responders in the aftermath of stressful events, and at least two police departments now require every officer to undergo an annual evaluation that looks for signs of unhealthy levels of stress, Greensweig said. Moreover, LMCIT has paired with Fairview Health Services to offer training to emergency personnel on how to handle situations involving people with mental illness.

“We hope the discussions that result will lead to a greater understanding of mental health issues in general,” he said.

Ronald F. Meuser, Jr., founder of Meuser Law Office P.A. in Eden Prairie, Minn., said that in the hiring process, entities that employ first responders should invest in diagnostic tools such as the Diagnostic and Statistical Manual of Mental Disorders (DSM-5) that will show if someone is suffering from PTSD, depression or anxiety, or indicate whether the person demonstrates a proclivity to developing PTSD in the future.

First responders should also have yearly psychological check-ups in which they can talk openly and confidentially about any issues, including such taboo issues as recurring nightmares, excessive drinking or moodiness.

Departments can also be more proactive by looking for changes in a first responder’s demeanor and then referring them for additional help within their EAPs, he said.

For workers who return to work after being involved in violent incidents, risk management programs need to have proactive elements necessary to monitor the workers’ mental recovery, including status check-ins and voluntary counseling services, said Matt Gatewood, a partner at Sutherland Asbill & Brennan LLP in Washington, D.C.

“Achieving the balance of ensuring workers have the necessary means to obtain help while not being too intrusive on the workers’ personal lives is complicated,” Gatewood said. “The most effective programs resist the urge to create a one-size-fits-all approach to this process.” & Public support for marijuana is at an all-time high. What does this mean for workers’ comp? 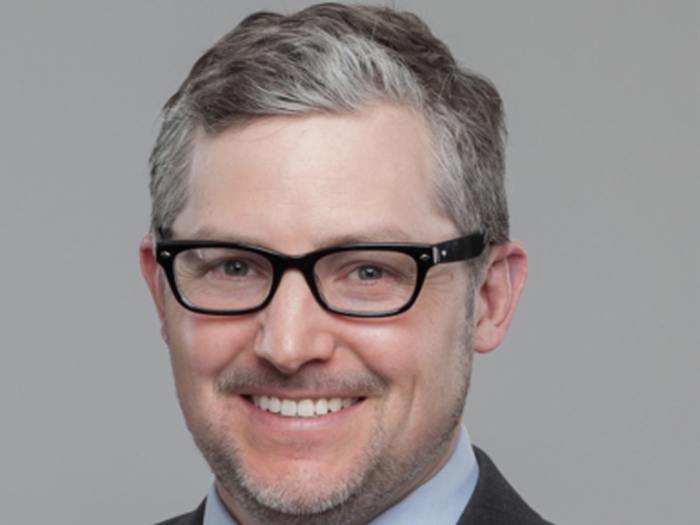 Aon welcomes a new chief product officer, RT Specialty promotes a new leader and more in this edition of People on the Move.