One of the major challenges confronting the cryptocurrency sector is the difficulty in finding insurers willing to cover losses.
By: Jonathan McGoran | May 27, 2020
Topics: Financial Services | Underwriting

Along with a generally hardening marketplace, entities in the space must also contend with a dearth of historical data, a wide range of business models and a dense and difficult-to-understand technical underpinning.

Combined, these factors are enough to convince most insurers to steer clear of covering cryptocurrency or to price in such uncertainty as to make them cost-prohibitive.

“The market is a bit broken,” said Raymond Zenkich, president and COO of Evertas, formerly known as BlockRe before it was rebranded in February 2020 as a cryptocurrency  insurance company.

A Big Need for Cryptocurrency Coverage

“Today, the cryptocurrency market is around $250 billion,” said Zenkich. “But there’s really only around $1-2 billion of insurance capacity in the market, which is a small, small fraction of what’s needed.”

Evertas hopes to ease that disparity in two ways: “We will basically be a crypto-asset MGA, and in parallel with that, we are creating an insurance company in Bermuda,” said Zenkich.

“If a new market comes online, I will certainly be sending business that way,” said Decker.

Garrett Koehn, president of CRC Insurance Group, agreed that there is substantial need. “There is no efficient marketplace right now,” he said.

A Long Road to Effective Coverage?

Koehn emphasized, however, that different parts of the space are impacted differently.

“If it’s a company that happens to be involved in blockchain, and we’re doing the D&O for them, that’s usually not a problem,” said Koehn.

“If it’s a company that’s to have an ICO, that’s harder. It really depends on what the company is doing and which type of insurance we’re talking about.”

Evertas’ model is built in part on the proposition that adequate data does exist to accurately price cryptocurrency risk but that most carriers lack the technical knowledge and expertise to understand it.

“We’ve spent the last two and a half years developing the underwriting approach and framework to make sure risks associated to crypto-assets are correctly measured,” said Zenkich.

“We have a very diverse group of people that we’ve used to come up with our underwriting framework,” said J. Gdanski, CEO and founder of Evertas.

“We’ve [not only] taken an insurance perspective, but also a lot of security, a lot of technology, a lot of audit-type viewpoints as well. I think it’s very hard to replicate that on a part-time basis without a team of specialists.”

But Decker cautioned against underestimating the challenges of the space.

“Crypto is uniquely technical and high-risk,” he said.

“It is not uncommon in crypto to have a startup company that manages and/or processes such significant value in digital assets that the exposure to loss of those assets or litigation far outstrip their balance sheet. That is such an asymmetric counter-party risk that just saying that insurance capacity is an issue is missing the more important point,” he said.

“Underwriters are understandably wary of providing protections that are substantially larger than what that company would ever be able to fund in the absence of insurance. It is not a surprise that carriers proceed with caution for emerging risks and monitor how both the companies and claim data evolve before committing to large capacity/limits on any one company.”

Decker is also concerned about conflicting interests in the Evertas model.

“Let’s say it starts writing a bunch of business in its capacity as a specialist broker and then obtains authority to underwrite on behalf of a carrier that competes in the broader market for the same kind of business,” said Decker. “In the long run, that might be seen as a potential conflict, even though this dynamic is not without precedent and can be managed.”

Is a Hardening Market the Right Time to Enter?

Koehn has concerns about the timing.

“The insurance market is pretty hard, and there are a lot of areas that are tough and you could kind of make a pretty good career right now focusing on the areas that we’re all doing already,” said Koehn. “… Especially now with coronavirus going on, it’s not really a great time to be launching novel products.”

He also cites the general slowdown in ICOs after the frenzied pace of the past few years.

“If the volume were still going like crazy, people would probably be trying harder to figure it out,” Koehn said, “but I think the slowdown in that space, as well, also caused some people to focus elsewhere.”

“Insurers are already focused on trying to underwrite risks profitably in this challenging environment, so the incentive for them to all of a sudden also become a first mover in the crypto space doesn’t look very attractive,” Decker said.

He also has concerns about scale. “There’s not enough premium in the market for them to pivot from multi-billion-dollar businesses into an emerging nascent one that is high-risk at a time where they’re just trying to make money at the existing stuff that they do.”

Decker also has concerns about the long-tail of liability coverage, citing a slew of newly filed class action suits stemming from events from three or four years ago.

“You can’t just take a snapshot after one year and say, ‘We took in a million dollars of premium and we only paid 100,000 in claims,’ ” Decker said.

“You have to let that policy you wrote today season over the full time that our legal system takes before you will have a fully developed loss experience for any given year and know if your pricing was adequate and sustainable.”

Ultimately, though, Decker does see a role for Evertas.

“If they have the technical expertise to facilitate better underwriting decisions, then that’s a really useful tool,” Decker said. “And I have to think they’ll find carriers that are interested in doing that.”

Koehn agreed. “I don’t know what will bring people into the spaces more comfortably, if it’s just time, but certainly a group like theirs that has reputable people who have a better understanding of it should be able to help,” said Koehn.

“I think the underwriters should listen to them.”

As for timing, Gdanski sees blockchain technology and crypto-assets becoming increasingly integrated into all manner of business.

“There’s a real chance that processes and workflows and liability and risk will be shifting around as people start to really utilize technology, not as just a fancy database, but as a way to leverage the difference in workflows and risk,” said Gdanski. 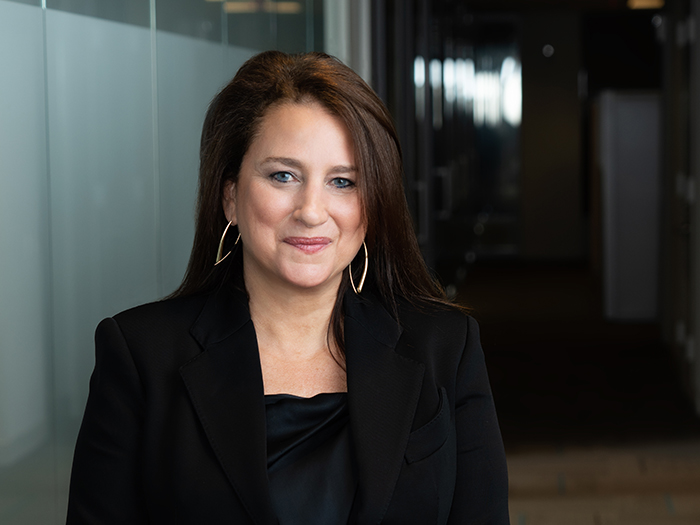