The G20 Summit in Bali and COP27 concluded this fall with hopeful glimmers of multinational collaboration toward averting looming climate crises and ceasing geopolitical conflicts.

But business leaders are having difficulty maintaining visibility on long-term goals such as those associated with net-zero emissions in the face of soaring inflation, debt crises and unaffordable costs of living in many countries.

Between April and August of this year, over 12,000 business leaders weighed in on critical short-term risks to their 124 countries for this year’s Executive Opinion Survey, conducted by the World Economic Forum Centre for the New Economy and Society for its annual Global Risk Report.

The outlooks of these executives are “likely to inform national decision making and provide a perspective on how short-term risk national priorities may compare with global risks and perspectives,” according to the report authors.

While the coronavirus pandemic has become less of a threat in G20 countries and the executive feedback centered heavily on economic priorities, the report highlights the dangers of leaving many countries with less advanced economies behind with respect to vaccine and treatment accessibility.

Top Risks for Conducting Business Over the Next Two Years

Global executives were asked to identify the risks they considered the biggest threats to their country over the next two years for the WEF survey.

Perhaps not surprisingly, G20 executives expressed concerns over the combination of economic, geopolitical and societal risks presently disturbing the flow of business in their respective regions.

Although the commitment to address urgent climate disasters was expressed at COP27 through the formation of a “loss and damage” fund for vulnerable nations hardest hit by climate disasters, environmental risks ranked below pressing economic concerns.

An analysis of the WEF report by Marsh McLennan showed rapid and/or sustained inflation was the number one risk among advanced economies and second among top risks of concern in emerging markets.

At this fall’s G20 summit in Indonesia, leaders agreed to “pace interest rate rises carefully to avoid spillovers” as a nod to emerging economies’ concerns about the potential for huge capital outflows if aggressive U.S. rate increases continue, Reuters reported.

Only two environmental concerns, were cited among the top ten for both advanced and developing economies. For advanced economies severe commodity supply crises and failure of climate-change adaptation came in at fifth and seventh respectively. Emerging markets shared concerns over commodities with a supply crises ranking seventh. Natural disasters and extreme weather events came in tenth place among emerging markets. Interim Priorities to Keep in View

As such, helping countries neutralize the coronavirus threat ranked fifth among the short-term global concerns aggregated in the Global Risks Report. There are clear public health motivations for continued efforts to bolster the ability of every country to mitigate the risks presented by COVID-19, however the economic pressure created by elevated unemployment is another impetus.

“For emerging markets, unemployment remains a key barrier to growth as those countries struggle to restore the millions of jobs lost during the past two years and tackle the rise of the informal economy,” according to Marsh McClennan’s analysis of the WEF’s findings.

Despite natural disasters and extreme weather only growing in severity in 2022, environmental risks were not as high of a short-term concern for leaders focused on addressing challenging economic conditions only exacerbated by geopolitical conflicts, inflation and mounting national debts.

Among emerging economies, severe commodity supply crises and natural disasters and extreme weather events did, however, rank among their top 10 concerns. Leaders of advanced economies were especially concerned about the environmental and geopolitical combination of risks associated with severe commodity supply crises that are “owing to lower yields and crop failures,” per Marsh McClellan’s review of the report.

Additionally, “resources (such as lithium and cobalt) that are critical for the global clean energy transition have geographically concentrated supply chains: The top three producing countries of rare-earth minerals provide over three-quarters of global output,” according to MMC’s analysis.

Regarding the need to keep climate goals in sight, Peter Giger, group chief risk officer, Zurich Insurance Group commented: “Even in the current geopolitical and economically challenging environment, we need to focus on building a cleaner, more affordable and more secure energy system, if we hope to keep a net-zero future within grasp,” he added.

Both Zurich Insurance Group and Marsh McLennan are partners of the WEF’s Centre for the New Economy and Society.

Coming out of COP27, one major multinational gain was made in terms of advancing a shared agenda for addressing climate risks. Toward COP28, the United Arab Emirates will steward the First Global Stocktake, an initiative aimed at global climate adaptation.

“For the very first time we will take stock of the implementation of the Paris Agreement,” said Simon Stiell, UN Climate Change Executive Secretary in a UN press release. “It will independently evaluate the progress we have made and if our goals are adequate. It will inform what everybody, every single day, everywhere in the world, needs to do, to avert the climate crisis.”

Looking toward the risks emerging on the horizon, the WEF global risks report concludes with suggestions on how to build national and global resiliency. Advocating for a whole-of-society response, the report cites opportunities for the private sector to “contribute to the resilience of the countries in which they operate.”

The report presents four opportunities for firms to take action:

Although governments ultimately decide how to allocate public funds toward national level risks, WEF’s 2022 report urges businesses to drive innovations that can reduce blindspots and “counter stovepiping tendencies within government.”

Pointing to findings also documented by “The Zurich Flood Resilience Alliance,” executives are encouraged at the conclusion of the global risks report to participate in “dynamic cross-sectoral interactions around priorities, policies and operating practices” to help uncover “efficient and efficacious solutions” that can generate traction for fresh initiatives. & 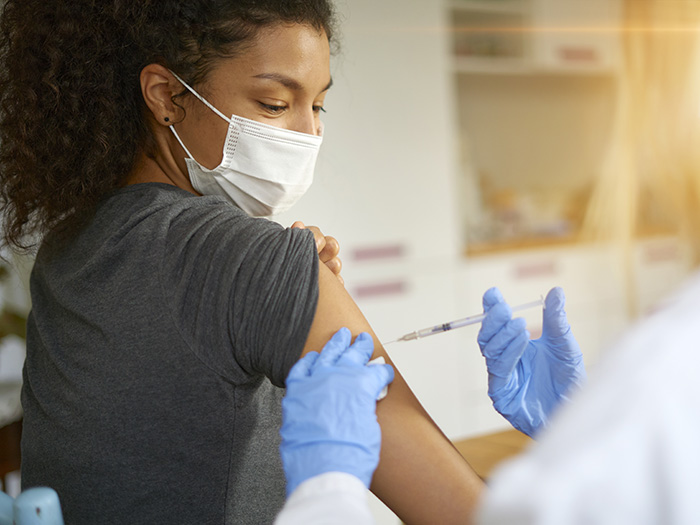