It’s Long Past The Time for Banks and Insurers to Unfriend Coal. Here’s Why September 20 through 27 commemorated a historic week around the globe.

According to the website GlobalClimateStrike.net, over 150 countries experienced protests supporting climate change initiatives. These protests were effective in keeping climate change at the forefront of our social conscience; now getting businesses on board will further amplify the message of a cleaner planet.

The Heat Is On

The Intergovernmental Panel on Climate Change (IPCC) is a working group of the United Nations tasked with assessing the science related to climate change.

During its latest meeting in September 2019 in Monaco, 100 scientists from 30 countries met to discuss the latest science and effects of climate change on various ecosystems around the world.

According to the IPCC report, global warming has already reached 1 degree Celsius above pre-industrial levels due to the increase in greenhouse gas emissions. This has caused melting glaciers, rising sea levels, warmer and more acidic oceans, and more severe weather patterns.

Hoesung Lee, chair of the IPCC, stressed that although many of the regions studied in the report seem distant from humans (oceans, the Arctic, the Antarctic, high mountain regions), these regions impact the globe in ways such as climate, food, water, tourism, health and well being, travel, and more.

As an example of this interconnectedness, the thawing of Arctic permafrost, or frozen tundra, not only impacts the traveling and hunting patterns of indigenous peoples, it releases extreme amounts of carbon, contributing to the increased concentration of greenhouse gases on the planet.

Climate change has produced dangerous environmental conditions impacting humans regardless of location on the planet — nothing, no one and no enterprise will be spared from the effects, hence the need for concerted action.

Being Greener, With the Influence of Green

Tying money to behavior is arguably the best way to produce favorable outcomes in many scenarios, including the creation of a cleaner environment.

A recent article in Businessweek discussed how climate activists are focusing their attention on banks, which provide loans to major emission-producing companies. ING Group NV is one such bank that is working to determine which assets on its balance sheet are major contributors to global warming.

Financial institutions, such as ING, realize that climate change may be a hidden risk on their balance sheet; serious emitters of greenhouse gases may see a drop in their valuation due to changes in policy (i.e., a country issuing a mandate to suddenly and drastically decrease greenhouse gas emissions, and certain companies/industries are unable to pivot their operations quickly enough to meet the timeline).

By targeting certain clients at-risk, ING is able to encourage these entities to literally “clean up” their act if they wish to remain clients in good standing.

Banks are not alone in this emerging role of creating a cleaner environment through decarbonization mandates.

Businessweek unveiled a growing trend in the European business community, “Flight Shaming.” Globally, airlines release approximately 1 billion tons of carbon dioxide. Due to pressure from climate activists in Europe, businesses across the continent are revamping their travel policies. More business travelers are relying on buses and trains to arrive at their destinations as their companies reduce the amount of flight reimbursement funds made available, and more meetings are occurring virtually via video or teleconference.

Airports in countries like Sweden have seen a drop in the number of passengers they serve, and this trend will continue in other countries as Europe’s business community continues to respond to the changing cultural dynamics.

Businesses may soon realize that by not adopting some changes to their airline travel policies, they may face a reputational risk, which could result in the loss of valuable clients. Add the likelihood that air travel will get a little bumpier and a little costlier in a more turbulent world, an “opting out” of all but essential business travel may be as good for comfort as it is for the bottom line.

Insurance as a Catalyst for Climate Change Reform

This past summer, the Bank of England’s Prudential Regulation Authority (PRA) stated that it will work with UK insurers to determine how climate change will impact their finances.

The PRA is the bank’s regulatory body that supervises financial service firms like insurers.

In a report released this past May, David Rule, the executive director of insurance supervision at the PRA, explained the plan is to help insurers “better assess, manage and report exposure to climate risks related to extreme weather events which in turn will lead to action.”

California’s insurance regulator has followed a similar posture, asking insurers operating in the state to conduct veritable climate stress tests on their balance sheets to not only identify climate change exposed assets but also recalibrate their liabilities. This is a part of California’s broad climate-ready strategy, which calls for a 50% decarbonization of the state’s energy production by 2030.

Given the impact climate change is having on insurance claims globally, the PRA is wise to investigate how climate change will impact the balance sheets of these insurers that directly has an impact on the bank’s financial health.

Historically, catastrophe models relied mainly on historical data for underwriting — models that are now outdated given the impacts of climate change.

If we view business as an engine, capital would be the fuel and insurance would be the oxygen. As insurers step up to the plate and include climate change impacts into their underwriting models, more businesses will be compelled to make eco-friendly changes to their operations to secure favorable premiums or to secure any type of coverage in the first place.

Our industry has a key role to play in ensuring and insuring our planet remains cleaner for generations to come. & It’s not just about personally identifiable information (PII). Assessing cyber risk in manufacturing means digging deeper into operational technology and the people who protect it. Here are some of the things agents should be looking for. 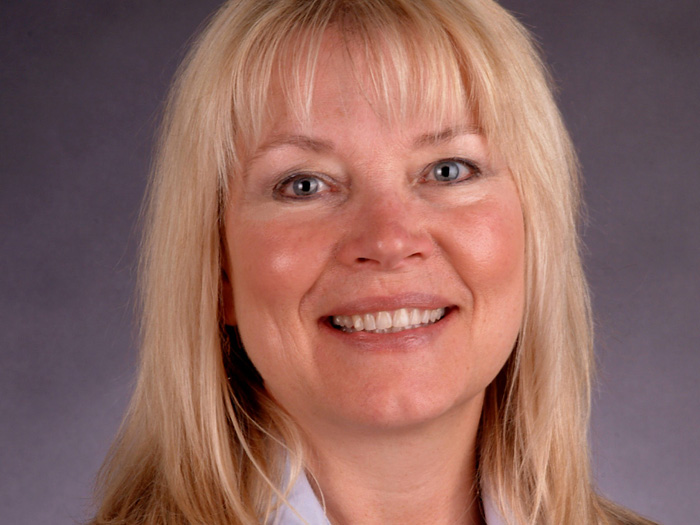