Risk & Insurance® sat down with The Hartford's Mo Tooker to discuss everything from the state of supply chain risk to inflationary pressure for insureds.
By: Dan Reynolds | June 21, 2022
Topics: Insurance Industry | Q&As | Underwriting Dan Reynolds, editor-in-chief for Risk & Insurance®, recently spoke to Mo Tooker, head of middle and large commercial for The Hartford.  What follows is a transcript of that discussion which has been edited for length and clarity.

Risk & Insurance:  Thanks for meeting with us, Mo. We’re seeing a lot of press around supply chain issues these days. What do you see as the impact this is having on insureds?

We just see that we’re buying a lot more, so it’s really a lot more demand. I think in terms of us helping customers, there’s more we can control and we can bring them. I think it’s more the fact that we are helping them. There’s more volume they’re trying to get through.

Now it’s actually more in our sweet spot about marine cargo products and making sure we’ve got the normal P&C product set. But it’s an interesting shift over the past six months. It’s a very different situation our customers are in, and I think our normal P&C products actually suits them better.

R&I: Is it because there were these supply chain issues or blockages? And now you’re saying that’s not so much the issue now. It’s really the demand; it’s the product flow.

I think a lot of what we’ve seen at the beginning of the pandemic is relieving itself, and we expect that by year end, it’ll be better. But we as a society are still buying more, so I think that’s where the problem is. Just making sure that we’re seeing the exposure for what it is.

R&I: There are also inflationary pressures that we’re dealing with. What are insureds seeking help with there?

In general, we’re pretty good at getting the valuations correct. But that is a tricky science right now. There’s not everybody that can do that, so I think coming back to The Hartford, I do think there is a distinction you can make just in the sophistication we bring, the data we can bring, I think that’s a really important one.

I think the industry has to help, because otherwise you’re getting in a place where when a claim happens, they’re dramatically underinsured. Whether it’s the broker or the insurer, we got to help them. So I think that is solvable, but I think there is a distinction in terms of who can help.

Then you go to the third party risks, where I think that inflation is real. And again, with the data that we can bring forward and whether it’s by industry and some of the specialization we’ve been working on, or some of the data we can bring in terms of attorney representation and getting on claims quickly.

We’re really focused today on injury prevention services and getting people onsite at construction sites, onsite at manufacturing facilities is an easy example of; if you can get an injured worker identified early, you can get them back to work earlier.

So that’s what we’re trying to get across is this idea that there’s some innovation that we’re showing people, the way The Hartford differentiates itself, but I think that’s a way to help people, whether it’s workers’ comp or liability.

MT:  We’re the number two writer in the country for workers’ comp. That is where we believe we have the secret sauce.

R&I: So the valuation issue is something we’re seeing due to the factors we already talked about. What are the other underwriting challenges that your team faces?

MT:  I think the biggest challenge that underwriters face today is everything they have, all the models, all the tools we give them, are calibrated to something that was much more black and white. And over the past two years, COVID has screwed that up. Working from home has screwed that up. We’ve had so many changes in society about the way people think about using services, restaurants being just one example.

At least when I think about my underwriters, we’re talking to them a lot about using a healthy dose of judgment alongside the models, because the models are calibrated to something that probably doesn’t exist today. I think it’s actually the hardest environment underwriters are in right now because the world is much more gray, and that complexity around us, I don’t think it’s changing soon.

The model’s not going to give you all the answers. So maybe our small commercial business is a little bit different, where we can do things a little bit straight through. Now there’s a change managing issue there, as you know, you got to get underwriters to embrace the tools, but we do struggle with underwriters who want all art and not so much science.

But if you think about what’s different here from The Hartford, I think we’re really trying to say is the data, the tools, how we present it to you, the way we put it in front of you is really something we’ve been working hard for two or three years now, because we think that will be a differentiator going forward.

R&I: I know what you’re saying. I appreciate that. You can’t get away from the talent question. And some people have made comments like, our ability to actually build this business and underwrite this and apply coverage is actually limited by talent, lack of talent. Have you run into that?

MT:  We are talking to brokers who are not able to market as much as they need to. They’ve got a renewal coming in and they’d like to send it out to three or four markets. What they’re trying to do is turn it over and just renew it with the current carrier because they don’t have the talent to do it.

In some ways I think it’s at every link in the supply chain right now, the insurance supply chain. So it’s massive. Then you get to the question, what are you doing to compete for talent? We’re fortunate that we’ve always hired people out of school. So you get them early, you teach them the business, they have an affinity for The Hartford. I think we have that early training career, early career training that we see many people going after right now.

R&I: Are there specialties or geographies perhaps that you’re looking at as good opportunities these days?

MT: The Hartford has been dominant in the small commercial space for 35 years. I think we’re the largest and I think we’ve got the most sophisticated tools. But what we’ve been trying to do is replicate that in the middle market space and the smaller end of large commercial.

What we’ve been doing over the past five years in my space is building in the product base. We bought Navigators in 2019 to make sure we have the specialty products.

Most of the growth that we’re seeing right now is as a result of the seeds that we planted three, four or five years ago. We feel really optimistic about the growth prospects for us, just because of how young some of the products we have out there are.

Some carriers dominate in some spaces. Brokers are looking for some alternatives when you have that kind of consolidation. They’re saying, we need some help here to make sure our customers have answers.

We’re really excited about our prospects in energy and the possibilities that come with the societal transition we’re going to see over the next decade, whether it be cells or batteries or renewables.

Over the next decade, we’re going to see a big shift in capital towards a different part of the energy market, and we’re just trying to be ready to follow that. I think we’re just lucky we started with something that in some ways it’s pretty nimble that we can pivot. We’re not really too reliant on oil and gas right now.

R&I: What’s your perspective on reinsurance and its use these days?

MT: I don’t believe that most reinsurers are meeting their cost of capital. So, I think it will be a more expensive cost of doing business. I think that has the implications for every insurance company.

I think the cost of goods sold will go up for all of us. So I think it’s an important factor. If you look at the valuation of reinsurance companies right now, just from a stock market perspective, they’re all very, very low right now.

I think that’s just saying that people aren’t getting paid for risk. So we will continue to use reinsurance as a key part of our strategy, I think it’s a tough business right now to really get paid for risk.

R&I: Is there anything that I didn’t ask you about that you wanted to get across to our audience?

MT:  I think the theme we’re trying to get out is that we have such a capability. We’re really on the front foot. It’s a message of innovation, listening and specialization. What we’re trying to do here is get our name out and tell our story and all the work that we’ve done over the past three years. & 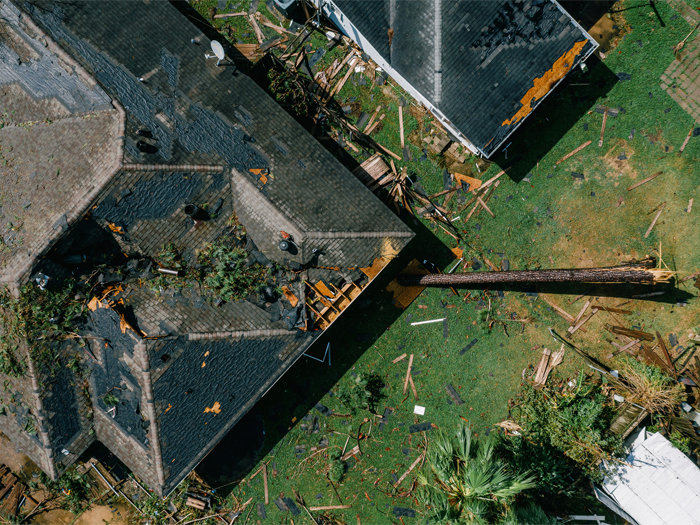 The latest court rulings, lawsuits and decisions that could impact risk management and insurance.