It was a tough year in the process-industries sector, with at least one major underwriter sharply reducing its participation — and that had insureds, brokers and other underwriters dealing with the fallout. William Barnett had that to face, along with a pair of major acquisitions for one client at renewal time.

“So we had side-by-side due diligence for the two big deals, along with our regular renewal, while trying to replace the one carrier that was proposing some structures that were highly unfavorable to us,” said the risk manager for the chemical firm. “He handled our renewal while helping with the due diligence for the acquisitions. That means that we were able to integrate each acquisition into our existing program once those deals closed, which they did within a few months of each other.”

For another client, a major commodity chemical producer with global operations, Barnett was asked to reduce premium payments while at the same time accommodating a large increase in the insured’s inventory value. Using an unbundling approach that has been brought to bear by several Power Brokers this year across different industries, the client said Barnett was able to subdivide property coverage based on the importance of the facilities to the company.

For a third client, one with a large number of older, legacy facilities, Barnett helped them meet the challenge of implementing a comprehensive risk-analysis system that would be able to accommodate widely differing plants and operations. With the rise of private-equity investing in the power sector, there has been a flurry of assets changing hands. One senior director of risk management recalled that when his company was sold from one PE firm to another, he had to start all over with his program.

“We were no longer able to stay on the group property insurance program of the previous owner and ultimately had about 30 days to market and negotiate a stand-alone program for our company,” said the director.

“Larissa managed the entire process and we were able to bind our property insurance successfully and also to maintain the same premium and conditions as under the previous program. That was no small feat.”

He detailed the game plan: “She started the process walking us through her marketing plan and timeline. She stuck to the timeline, providing weekly updates on responses and inquiries she was receiving from underwriters. We were able to bind our property insurance well ahead of schedule with a very smooth ride along the way. In 10 years of handling insurance for various organizations, our 2013 property insurance renewal was easily the smoothest and most efficient I have experienced. I attribute the success to Larissa’s efforts.”

For a generating equipment maker, Gallagher was able to increase policy limit by 25 percent to $1 billion, and was able to add a half dozen different elements to the program, including improvements in deductibles and indemnities, as well as coverage of off-site assets. All that was done at a reduction in premium of almost half a million dollars. As noted in a famous TV commercial, the old-fashioned way to make money is to earn it. McElroy was presented with several opportunities to do just that, clients said, when they brought their programs to him and told him if he could take them to market successfully, he would win the business.

“We recently marketed our property program and the results were tremendous,” said one risk and insurance manager. “Jared was patient and thorough throughout the entire process and it paid off. He brought new options to our attention and completely understood the coverage we were looking for. I truly believe his knowledge of the market and his willingness to go the extra mile allows him to achieve success.”

In another instance, the insured had suffered several large losses, none of which were part of a pattern but coming all in the same year presented a very difficult renewal prospect. Some of the losses were operational, but others were weather-related. McElroy and the client each credit the other with buckling down and working through both the internal and external challenges. Those included process changes within the company, but also breaking down the loss history and working with carriers to convince them that the exposures were manageable.

One other, often-overlooked aspect of risk management that earns McElroy credit is his incorporation of supply-chain into risk management. In the process industries, liabilities extend beyond the fence line, and clients appreciate when McElroy can communicate their efforts in logistics to their carriers. By some accounts, there were signs, at least hints, that some underwriters were becoming jittery about their level of participation in the process industries. “We had some thorny issues with our carrier even before the big changes in 2013,” said one director of financial analysis. “Duncan was very diligent about all the details, and got the carrier comfortable with amending their policies to include the prior period coverage that we sought.”

Another client is a multinational organization with small group offices in many countries. The head of one of those regional offices said, “We were able to use Duncan and his office as an extension of our office. They allowed us to play big and gain access to markets we would not otherwise be able to tap, and that enabled us to secure a very big contract from a very big customer.”

That access to international carriers and additional capacity enabled the client to create a new joint-venture with that customer, which was established as a stand-alone operation. “The timing was very tricky,” said the regional head. “It was very large and very complex, and Duncan was instrumental in making it all happen.”

In a separate case, a client chose to break with a long-standing carrier that wanted to make major changes, including higher premiums and claims basis. “I said no way,” the risk manager said. “With Duncan’s help, we were able to keep our program just as it was. I know it was tough for him to have to bring in new markets on short notice.” For many energy companies, risk isn’t just something they’re trying to mitigate or transfer — it’s something they seek as commodity traders. For the brokers of those clients, risk can take on a house of mirrors complexity as they seek to provide coverage for both physical and financial exposures. “Our parent company is always looking for opportunities out of the ordinary. One in 2013 involved moving refined fuels from one region to another” to take advantage of an arbitrage window, said one risk manager.

“Those can be very unusual, very technical placements that extend to the value of the commodities, vessel chartering, transfer and handling. There are lots of parties, each with their own physical and financial requirements, not to mention different regulations in different states. David handled it all. He worked hard to understand all the requirements and all the details. This is not just boilerplate coverage.”

In another case a client was eager to get into the booming business of moving crude oil by railcar from Canada to the United States.

“David took the lead in arranging the coverage for the shipments,” said the risk manager. “For some of the shipments we had to lease tank cars, for others we did not, but still had legal title to the contents, and all those liabilities.”

Other clients include international firms with refining and chemical plants in the United States. Robinson was able to use the size of the parent firms to gain more economical coverage for their subsidiaries. With all the acquisition and divestiture that takes place in the fast-growing energy field, several Power Brokers have won their laurels getting complex issues sorted for their clients. “As a result of several acquisitions, we had separate casualty programs for our different divisions, all with very different retention structures,” explained one director of risk management. “We also had a restructuring that dropped some of our assets into a partnership.”

That client asked Stoicovy to streamline their whole program, including the asset transfer. And just to make it interesting, the client asked for two possible outcomes. “We have an operating group and a retail group, and we preferred to keep them together on the same program, but we were willing to have them separated if we could get a significant advantage from it. So we asked him for two possible placements, one unified and one bifurcated.”

Pulling that off would be impressive under any circumstances, but the past year was a tough one in the downstream process industries. At least one big name significantly reduced its presence in the market, and others reacted by reevaluating their participation. In some cases, attachment points were put significantly higher, and competition on some accounts diminished.

For one client, Stoicovy was able to offset the expense of replacing a lead underwriter and the resulting changes to the program by inserting small buffer layers between primary and excess carriers. 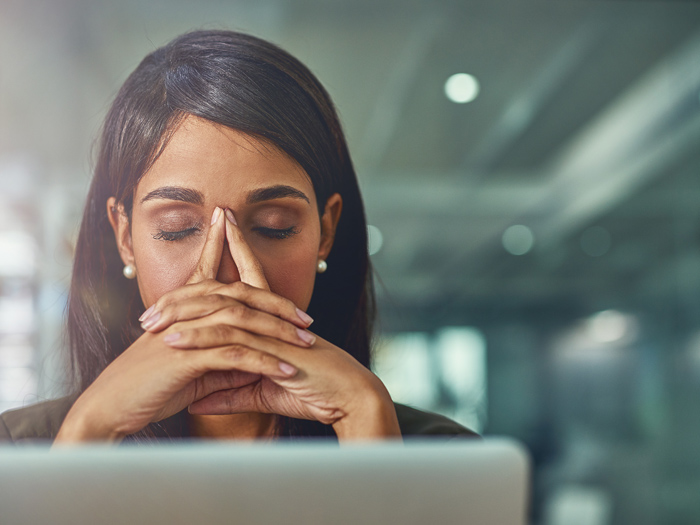