Global events in 2022 have significantly altered business leaders’ perceptions of the geopolitical risks they face.

Similar concerns are expressed over the businesses’ ability to respond to those risks, which has fallen dramatically since 2021. So says a Risk & Resilience report commissioned by Beazley, the specialist insurer.

The report paints a troubling picture, at both the international and local levels.

After a relatively lengthy period of stable prices, upticks in inflation are causing deep concerns about domestic stability, alongside the fear that global tensions are increasing the threat from external forces.

As business struggles to adjust to this new reality, business strategies are at the point of inflection, with global sanctions, commodity shortages and price hikes beginning to bite.

Preparedness and mitigation strategies are therefore becoming a key focus, the report said.

Which makes it more worrying that, across the UK and U.S., few business leaders feel well-able to manage current geopolitical risks, Beazley reported. Concerns about the possible consequences of war have been spiking upwards compared with 2021, and inflation has become a dominant issue.

“It is urgent that business builds its resilience as we face a high risk/low resilience geopolitical environment,” Beazley said. “Some 55% of business leaders believe they lack the necessary resilience to deal with Inflation. In the U.S., the number is 65%.”

Not unsurprisingly, given that the report was carried out immediately before the outbreak of war in Ukraine, “when even the most knowledgeable pundits were still skeptical about Russia’s full intent,” the mood of business leaders had already shifted to a heightened awareness of the threat that geopolitical risk poses.

“Against a challenging backdrop, business strategies are now at a point of inflection,” said the report’s author, Roddy Barnett, head of political risks and trade credit at Beazley.

“Even those territories far removed from the theatre of war in Eastern Europe are feeling the impact of global sanctions and commodity shortages on risks across the board from supply chain to cyber, to political risk and trade credit.”

Economic uncertainty is up 31% on 2021, and not just the major economies are feeling the pinch, he said.

“Rising prices and an unpredictable economic environment are driving instability and civil unrest, as we have already seen in Sri Lanka, with countries such as Egypt and Turkey possibly vulnerable too,” Beazley said.

“The speed at which civil unrest can escalate on the back of economic crisis can be clearly seen from the recent rioting in Sri Lanka, which has resulted in a number of deaths, hundreds of injuries, widespread property damage and the resignation of Prime Minister Mahinda Rajapaksa.”

The report continued: “The impact of the secondary effects of the war is likely to be particularly serious in countries such as Turkey and Egypt, which are highly dependent on energy and food imports from Russia and Ukraine. Experience suggests that the resulting economic pressure from severe economic hardship is likely to drive up political tensions.”

The bigger picture painted by the report stated that “U.S. business must confront the double threat of unpredictability at home from rising gun violence, whilst as a world superpower it is facing up to a watershed in geopolitics as its relationship with Russia and China shifts.”

Business leaders need to better understand their geopolitical risks, the report says, and prepare for and seek to mitigate them where possible. Specialist political risk, trade credit and terrorism insurers have a role to play in providing appropriate cover that provides the risk mitigation that they need, Beazley said.

“Businesses need to know that as we face a moment of geopolitical change, which is fraught with unpredictability, they can protect overseas physical assets and their human capital both at home and abroad, by actively investing in a mixture of risk management and effective insurance cover.”

To prepare its risk and resilience report, Beazley commissioned research company Opinion Matters in January 2022 to survey the opinions of over 1,000 business leaders and insurance buyers of businesses based in the UK and U.S. with international operations. With a minimum of 40 respondents per country per industry sector, the report represents a wide spectrum of business opinion.

While it is encouraging to see that U.S. businesses leaders remain more optimistic about the challenge of political risk, they cannot remain above the fray forever as the domestic threat environment is almost as challenging as overseas,” the Beazley report said.

“Increasing prevention and post-event support in the event of a deadly weapons incident is spiking up the agenda for US risk managers,” Barnett said. “The past two years have been the deadliest on record for gun violence, with more than 1,300 mass shootings across the United States, statistics that have been brought into sharp relief by the recent tragic incidents in Texas and New York State.”

Summarizing the report’s findings, he said: “What is clear is that as we face this moment of geopolitical change, which is fraught with unpredictability, businesses need to respond by protecting overseas physical assets and their human capital both at home and abroad.

“Just as business must roll with the punches and respond to the circumstances of the moment,” he continued, “as insurers it is our duty to explore the complex world in which our clients operate and to create innovative solutions to help them build future business success in a geopolitical environment that has never been more challenging.” & Ever Heard of BrokerTech Ventures? It’s Here to Retool Insurance

What value can be added to the industry when brokers and technology collide? BrokerTech Ventures is at that crossroads, funneling innovation into insurance. 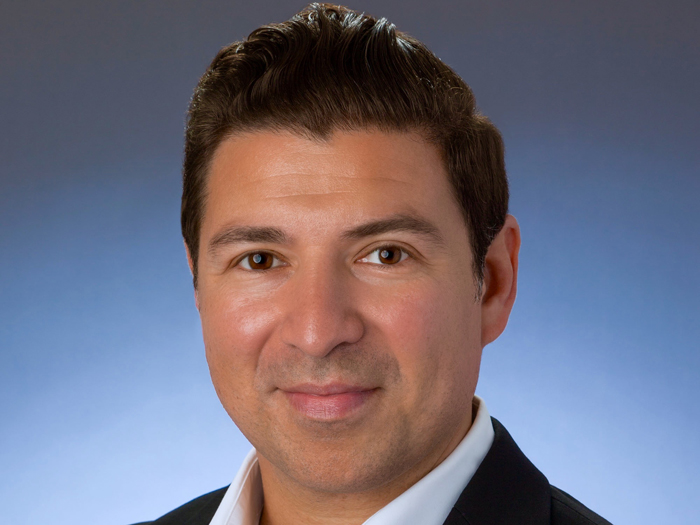 With Its New Global Insights Center, The Hartford Aims to Equip Stakeholders to Manage Advancing Risk

The Hartford's new global research offering is slated to offer a heightened view of global market dynamics and geopolitical risks that will inform international underwriting and business decisions well into the future.