The Men From the Pru

I met the man from the Pru. That may not mean much to anyone, which is a pity.

The term “man from the Pru” was shorthand for a breed of British neighborhood insurance agents. They collected premiums, paid claims and delivered objective advice, financial and otherwise. They wove a web of service around their communities.

The British Prudential Assurance Co. (founded in 1848, 27 years earlier than its American namesake) employed at one point 100,000 direct salesmen. Other major British insurers also ran enormous direct sales forces. These men — they were all men, as I understand it — were the insurance industry’s sales backbone, and something more: its beating heart.

The man from the Pru began selling insurance and collecting relatively small premiums in cash on a weekly basis, door-to-door, from lower-income working families in the late 19th century. For many Britons, a weekly visit from the insurance man, often mid-week, in the evening, was a recurring part of life’s unfolding pageant. An early option allowed customers to save for funeral expenses.

For many Britons, a weekly visit from the insurance man, often mid-week, in the evening, was a recurring part of life’s unfolding pageant.

The rep entered the endowment premiums he collected in his account book — God, this all sounds prehistoric — and at term, the beneficiaries would receive a lump sum, often saved in anticipation of a major life event.

The men from the Pru were more than a direct sales force. In an age of small data, they knew everything about, and were part of, their clients’ lives.

The most infamous man from the Pru was William Herbert Wallace, convicted in 1931 of the murder of his wife Julia in their home in Liverpool. The Court of Criminal Appeal considered the jury had erred and overturned its guilty verdict, the first occasion in British legal history where an appeal was allowed after re-examination of the evidence. A dark 1990 BBC movie — called (what else?) “The Man From The Pru” — featured Jonathan Pryce as Wallace.

My man from the Pru was driving a taxi. He keenly missed the old days. He’d lost his job some years ago, when the men from the Pru became the men on the unemployment line. Call centers took their place.

Without wanting to sprinkle magic dust on what was, ultimately, a job, imagine a world where your friends and neighbors could pop in and out at will, in an atmosphere of mutual trust. A world where the man from the Pru wasn’t seen in the same light as today’s insurance salesmen are. Woody Allen: “There are worse things in life than death. Have you ever spent an evening with an insurance salesman?”

Early in the 2000s, the Prudential launched a new face-to-face financial advice service aimed at former customers in their homes, a move billed as the return of the man from the Pru. (The company’s female employees weren’t thrilled, apparently.)

Many of the 200,000 potential customers the Pru identified were felt to need financial advice now that they were approaching retirement.

The return of a direct sales force did not, however, set the industry alight.

For many working-class people, the man from the Pru was a financial adviser, a friend and, sometimes, a helpmate. Boy, are those days gone.  & 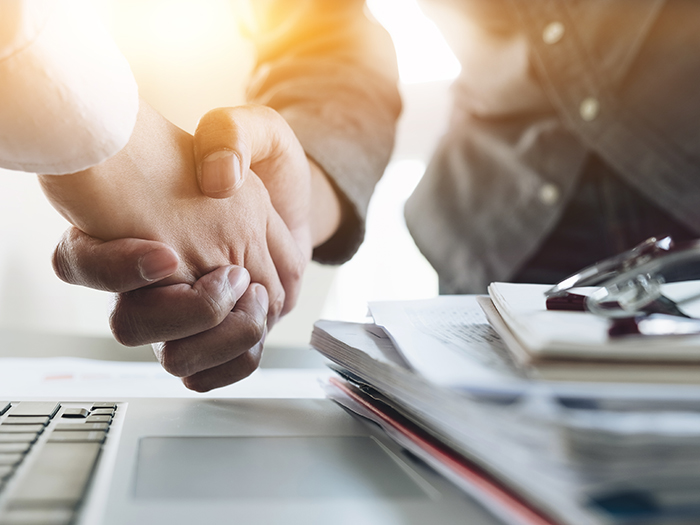