Healthy cities, like healthy people, are less risky to insure. So if insurers offer people tools and incentives to meet their health goals, why not do the same for cities and regions?

That’s a simple but clear way of explaining the purpose of resilience bonds, a unique variation of catastrophe bonds being developed through the Re:Bound initiative, the brainchild of Re:Focus Partners, a design and finance firm focused on developing and brokering public-private partnerships for sustainable infrastructure around the world. Resilience advocacy is still a relatively nascent trend. In fact, the formal role of chief resilience officer didn’t even exist before 2014. But resilience projects like seawalls and other coastal protections are now finding their way onto the agendas of cities and regions with catastrophe exposures.

In the process of designing some of those projects, the team at Re:Focus Partners noticed a marked disconnect. Founder and CEO Shalini Vajjhala said: “We were creating insurance benefits that weren’t really capturable at the retail level. If you rebuild 63 miles of seawall along Miami Beach you should be reducing risk — that’s the point of the whole project. But it occurred to us that no one was really thinking about this problem this way.”

Vajjhala and her team launched Re:Bound to establish a direct method for tying infrastructure investment to risk transfer vehicles, using catastrophe bonds as a jump-off point.

“Our goal with the program was to test and validate whether we could rework a CAT bond into a new structure so that we could capture the benefits of resilient infrastructure projects in an insurance linked finance mechanism,” Vajjhala said.

Re:Focus teamed up with RMS, Swiss Re, The Rockefeller Foundation and Goldman Sachs to study, develop and validate the framework for the bonds.

Alex Kaplan, senior vice president at Swiss Re, took part in the initiative. “The challenges our cities and communities face globally are changing,” said Kaplan. “This means the solutions our industry can provide must also evolve.”

Resilience bonds, like CAT bonds, serve an insurance purpose, providing a payout if a catastrophic event occurs and meets the bond’s predetermined triggering criteria, whether that be a certain threshold of losses, a specific storm surge height or a certain wind speed, for example. That financial assurance enables entities or communities to reduce their dependence on federal relief and disaster aid.

But unlike CAT bonds, resilience bonds also benefit their holders when disaster doesn’t strike. Reduced premiums based on lowered risk are tied to the completion of the resilience project during the bond term, creating “resilience rebates” that can applied in a variety of ways depending upon the needs and goals of the entity.

“If you rebuild 63 miles of seawall along Miami Beach you should be reducing risk — that’s the point of the whole project. But it occurred to us that no one was really thinking about this problem this way.” —Shalini Vajjhala, founder and CEO, Re:Focus Partners

At the completion of a resilience project, the bond holder has achieved reduced physical disaster risk while maintaining the financial protection of the bond and earning a return on its premiums, which would continue through subsequent bond issuances — creating a long-term resource for funding continued resilience efforts.

“Resilience bonds could not only support a faster recovery,” said Kaplan, “but would also help to improve national and city preparedness in a very substantial way, and fast-track resilience from idea to reality.”

The framework for resilience bonds, like CAT bonds, relies on sophisticated models, which are broadly understood and deliver a high level of confidence for investors. The difference for resilience bonds is the use of project-based measurements to frame the risk. For a flood barrier project, for instance, the same CAT events are modeled both with and without the barrier in place, illustrating how the project will reduce the cost of the risk.

“The key to the resilience bond concept is the ability to … determine in a robust, probabilistic manner, the reduction in risk that results from actions taken to improve resilience,” said Ben Brookes, VP, capital markets, RMS.

Brookes noted that modeling for resilience brought a new dimension to exposure data.

“Or it might mean all of these things and more.

“The interplays between these elements can also be critical,” Brookes said.

The catastrophe exposures being addressed by any given public sector resilience project typically impact numerous public and private stakeholders in a region, such as utilities, hospitals, universities and mass transportation systems as well as private corporations.

As such, resilience bonds present partnership opportunities to share the cost of infrastructure improvements as well as the benefits of resilience rebates, while improving the risk profile for all.

Shared risk in the Embarcadero Historic District in San Francisco is a notable example.

“There is $75 billion in assets behind the seawall and all of the major utility lines actually run physically through the concrete wall,” said Vajjhala.

“The wall is not seismically sound anymore.”

A retrofit would generate insurance benefits for the Port, which is the seawall’s managing entity, as well as all of the private properties that could be impacted if that seawall fails, she said.

“Almost every major port city has some variation on that problem.”

The Re:Bound project is exploring infrastructure interventions that work across different perils, including wildfires.

“It’s all about what’s modellable, what creates a meaningful risk reduction, and then how do you translate those risk reductions into a resilience bond structure so that they can be redirected to support the project,” said Vajjhala. She and Re:Bound program co-lead Jamie Rhodes are working with potential sponsors and co-sponsors from around the country to explain the new bond framework and help them determine whether a resilience bond might be an effective complement to a resilience project under consideration.

Vajjhala and Rhodes expect that the first issuance of this type of resilience bond will happen within the next year and a half. They’re excited to be able to bring the concept to reality.

“A large part of what makes our little firm tick is solving problems that are at the intersection of public and private interest — those things that have a lot of people’s attention but there’s no single individual or organization that has the get-up-and-go to tackle on its own,” said Vajjhala.

“We take a great deal of satisfaction in being able to solve these kinds of problems and incubate lines of business that create public value.” & Oklahoma Is Just the Beginning: A Look at the Litigation Tidal Wave Coming for Opioid Makers

Pharmaceutical companies and their insurers should brace themselves as the opioid litigation rages ahead. 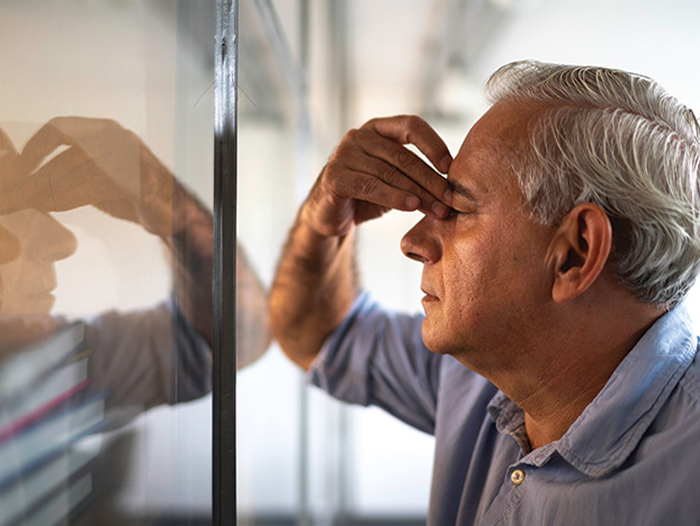 Telemedicine Take-Up Is Growing But So Are the Liability Risks

The budding telemedicine industry promises to bring medical care to those who can’t access it, but professional liability issues could pose problems.