One client of Wesley Bryan’s charged him with the task of providing manuscripted coverage for its captive program.

“He knows our program, he knows our business practices, and he knows our captive,” said the client’s vice president of risk management. “He has already made some important adjustments, but we have a situation that cannot be turned on a dime. … He sat down with us and learned our priorities. He has been able to make the program more polished, then it will be more strategic. We know why some decisions were made years ago, but now he is helping us to revisit them in light of our current situation.”

A couple of examples of how the coverage has already been adjusted include a 10 percent rate reduction from an already competitive expiring policy for marine hull package renewal. Bryan also obtained an underwriter’s agreement to include a $10 million cyber sublimit under the hull package program. Cyber previously was excluded.

The offshore business is weak with continued low prices for oil and gas, but Bryan gets credit for managing down as well.

“We have laid-up vessels,” said the risk manager. “The issue of credits for laid-up portions of the fleet has been handled well. He was able to negotiate for us while maintaining the relationship. He was strong, but not unkind.

“Wesley has a deep knowledge of things by which we benefit but for which he does not necessarily make a lot of money,” When challenges arise, Anthony DiPasquale’s clients know who to call.

“We made a huge acquisition which doubled the size of our company,” said one vice president of risk management. “Anthony put together the combined program … we saw huge cost efficiencies. We were so pleased with the work he did.

“Anthony’s experience with the market made the difference, both working with carriers domestically and offshore. With the complexities of the integration, he had to go back to the markets several times, and each time he went back to negotiate we saw a better result.”

The challenge for DiPasquale was that both programs worked well and, in general — if it ain’t broke, don’t fix it. The enlarged program proved to be a challenge for one carrier to write on a stand-alone basis. That was especially true of the probable maximum loss under catastrophe exposure. The key was shifting from an annual aggregate deductible to a single occurrence.

A separate client in the luxury market offered an interesting testimonial: “We have been changing our coverage to reduce costs,” said the client’s vice president of finance, crediting DiPasquale with accomplishing that without compromising the status of the company’s brand. Contrary to some public perception, he said, fiscal responsibility is just as vital in up-market sectors as in any other. Most clients have an expectation that their brokers understand the industries that they serve.

But Hardie Edgecombe stands out, consistently impressing clients with his keen understanding of their unique operations and business needs.

“Through the downturn in oil and gas, Hardie has helped us scale down our coverage with reduced cost but without inhibiting our ability to grow once oil and gas prices recover,” said the CEO of one client.

“In that process, he was also able to eliminate gaps that we had. He found things that others had missed.”

For clients scaling up rather than down, Edgecombe brings just as much value to the relationship.

“Hardie has been our broker now for three years,” said the chairman for one client..
“We have been growing at a rapid pace and it took a while to get the plan together. But Hardie created a custom program for us, rolling most of our risks into one package that was placed domestically and in London. It was very competitive to past programs.”

The chairman recounted that Edgecombe won the business in no small part because “he has a very strong claims background.” “We had a large, unique claim and he helped ensure that the underwriters stood by their contracts. He kept their feet to the fire.” “The logistics of transporting raw materials from all over the world to our manufacturing and assembly plants, and then shipping the finished goods throughout the world with appropriate insurance coverage is a daunting task,” said the senior risk and insurance manager for one of John Frazee’s clients.

The client’s operations have grown and shifted among facilities, “so the exposure my office handles has tripled,” he said. “John essentially rebuilt our program to create seamless coverage among diverse regional operations, brought us closer to our insurers through direct relationships, secured better terms, pricing and coverage, and positioned the program so [it would] keep pace with our expanding logistics.”

Another client simply said, “John makes the impossible, possible. In 2016, we completed two very successful renewals for both our U.S. and Mexico marine programs due to John’s extraordinary effort. This was no small feat as our marine exposures are rather significant and there are a lot of moving parts.”

In another situation, “a very large builder’s risk placement saved our port millions of dollars in premium, and the coverage was placed well in advance of need,” said a director of risk management.

“John used the assets of his firm efficiently to get the task completed on time, and [under budget]. The second placement was smaller, but involved out-of-the-box thinking. John researched the market, and developed a solution that was of great benefit to the port.” Several Power Brokers won their clients’ praise for revamping or completely replacing their programs after a complicated acquisition.

But in the reverse situation, a successful outcome is often no less of a feat.

“We broke out a piece of our business,” said the manager of risk and finance for a client of Marsh’s Mira Jacinto.

“From the start of the process and all the way through, we had to keep getting quotes both for the business being sold, and the business remaining. Mira managed a very thorough process with important implications for the rest of our company.”

Another client, a major global operation, came to its 2016 renewal with several large outstanding claims on their stock throughput program, the risk manager said.

The company was anxious about its premium and loss ratio, given the size and number of open claims.

Jacinto worked with the company to create detailed underwriting specifications to highlight the firm’s loss-control protocols.

That helped satisfy the technical requirements of the insurer. Jacinto then arranged for the client’s loss-mitigation staff to meet in person with the underwriters.

Once carriers had believable numbers and a good sense of what the client was doing, Jacinto secured a multiyear program with manuscripted deductible terms. A client of Aon’s Carolyn Roberts had been trying to get into a new region of the world for quite some time.

“We were getting a lot of resistance from our underwriters. They had concerns about security, tracking shipments, basically everything,” said the risk manager.

“We had been working on this for [nearly] three years. Carolyn came in and communicated with the underwriters. She was able to get them to back down from the fence.”

Clients trust Roberts implicitly — no matter whether a situation is routine or extreme.

“I was out of country on holiday,” said the risk manager of another client, “when we had a very unfortunate incident. It was a big deal, but I made one phone call to Carolyn and she got it all completely sorted. She dealt with everything. Took it all on board.”

In another situation, Roberts was closely involved in an international collaboration for a global client, working closely with her colleagues in Europe.

The first challenge was overhauling a program that had been in place for more than a decade without much revision, the head of insurance said.

The gap analysis revealed more than a few holes, some of which required immediate attention, given the nature of the client’s business. The revised program had broader terms and higher limits, both at a lower premium. The scope of the overhaul was demonstrated when at inception, more than 2,000 certificates were issued in several languages. DEI and Duality: How One Broker Draws from Her Own Experience to Pave a Path Forward 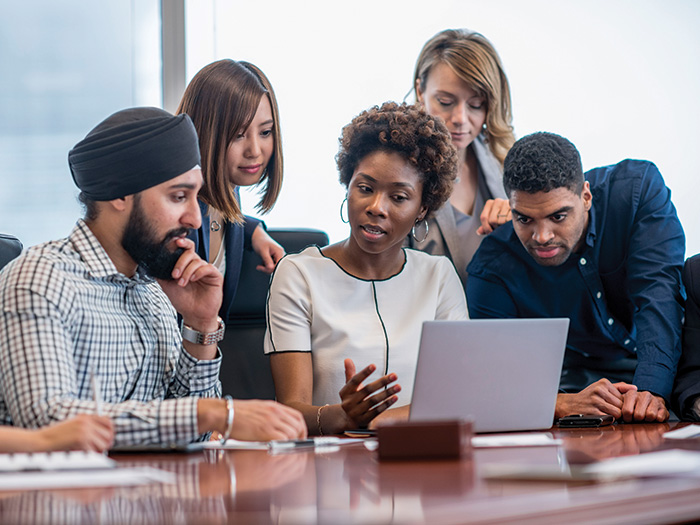