Insurance at the Movies: An Extensive List of Insurance Companies (Real or Otherwise) That Show Up in Your Favorite Classics In a labor of love — or perhaps obsession — Risk & Insurance® columnist Roger Crombie assembled a list of every film he can remember that mentions the insurance industry. On the list the name of the movie is in bold and the fictional insurance company follows it. Real insurance companies are marked by an asterisk.

The obsession began with a 1998 movie called Bulworth.

Warren Beatty stars as Jay Bulworth, a liberal politician so disillusioned he puts a contract out on himself. Meanwhile, he runs a political campaign based on brutal honesty and delivered in the speech patterns of hip-hop musicians. Eventually, Bulworth takes on the insurance industry, in the shape of Paul Sorvino as Graham Crockett, chairman of the American Insurance Federation, a trade association.

I wrote down the name of the association, in case I could use it in a column at some point. During the movie, a TV ad plays for Fidelity Providence, a fictional insurer. I made a note of that, too.

Intrigued, I later Googled “insurance movies.” Double Indemnity (1944) is probably the best known. After that, whenever a fictional insurance company, broker or association came up in a movie, on a letterhead, door or floor mat, or as a plot device, I made a note of that, too.

Often, I’d have to buy the DVD, and freeze frame the movie in order to capture the exact name. Friends with whom I might be watching were never too pleased, but one of them now acts as a spotter on my behalf. I have ended up discovering almost 100 fictional insurance companies in movies. Until now, I couldn’t think of anything to do with this list of insurance companies in movies. — Roger Crombie Woodman of the World Insurance Co. * Which ones have we missed? Send list candidates to Editor-in-Chief Dan Reynolds at [email protected]. Where is Telehealth Headed? This National Comp Session Looked to Answer That Question Multi-Factor Authentication Is a Must, and Other Findings from the RPS Cyber Trends Report Insurers, Follow Swiss Re’s Lead and Make the Connection Between Biodiversity and the Billions We Spend on Physical and Mental Health Issues Stephens Insurance broker Brian Chance details his unexpected path to the industry and explains why it aligns with what makes him tick. Headquartered in Tinton Falls, New Jersey, World Insurance has roughly 20 offices in New Jersey but has expanded to where it has 135 offices in 28 states. 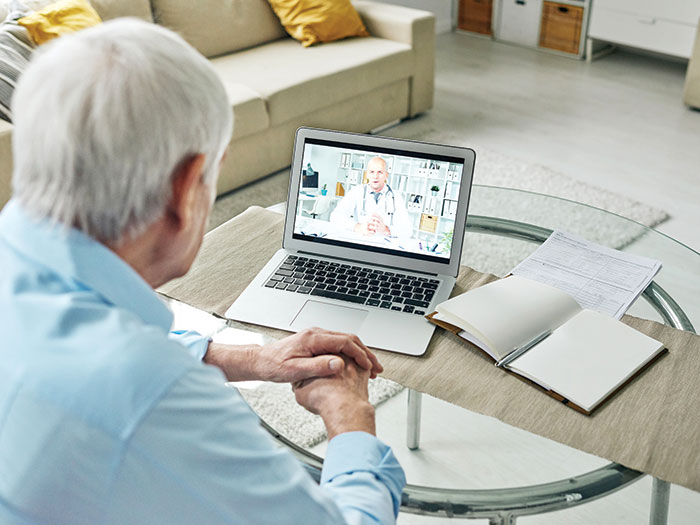 While the future of claims management and adjusting is moving towards automation, there is still a way to foster the necessary human connection in the workers' comp space. Swiss Re hires a global head risk of engineering, Catalina Holdings announces several new hires and Marsh expands their construction initiatives in this edition of People on the Move.

How Automation Is Enabling Actuaries to Deliver Better Value

Technology has transformed the way companies operate due to the COVID-19 pandemic, with automation being deployed to carry out mundane tasks, allowing actuaries to focus on analyzing data in greater detail and making critical decisions.
By: Willis Towers Watson | November 15, 2021 Technology is fundamentally changing the way that actuaries work and the results they can achieve for their companies.

This drive towards digital innovation has been accelerated by the COVID-19 crisis and is only going to continue on an upward trajectory.

The pandemic has prompted firms to change their business models and invest more heavily in digital technology, in the same way that regulation such as Solvency II has enabled organizations to modernize their processes and procedures.

“When the pandemic struck, everyone had to quickly figure out new and effective ways of remote working,” said Joe Milicia, global proposition leader, Business Process Excellence at Willis Towers Watson. “Those that made the early investment in innovation and automation were way ahead of the curve.”

COVID-19 has also created greater uncertainty among companies about everything from the return to the office and economic recovery to risks, premiums and claims.

Additionally, the pandemic poses a significant challenge to actuaries due to a lack of representative historical data upon which to base forecasts.

This means that having access to accurate and up-to-date data is key for better decision-making, navigating the uncertainty and adding value to the bottom line. It also requires actuaries to use non-traditional techniques, and different visualization tools and data to make their forecasts.

“There has been a greater desire to change the way we work, both out of necessity and being equipped with the right framework and tools to do so,” said Jamie Mackay, director at Willis Towers Watson. “The need for new techniques and the desire to leverage more granular claims data require different technologies outside of core loss reserving capabilities.”

The Advantages of Automation The most significant change for actuaries over the last 18 months has undoubtedly been an increased adoption of automation to accelerate and govern processes and enable additional value-added analysis.

The biggest barrier to adopting new approaches and methods for actuaries has historically been a lack of time to properly test and implement.

But automation has enabled actuarial teams to overcome this by performing the manual and repetitive tasks such as cleaning, validating and loading the data; and generating results and reports. This frees teams up to focus on more critical work like strategic planning and decision-making.

That need is reflected in a recent Willis Towers Watson survey, which found that 84 percent of the chief and reserving actuaries quizzed said they didn’t have enough time for detailed, value-added analysis of their data, while the sheer volume of tasks they are required to perform continues to mount.

Technology has afforded actuaries time to analyze the data in a more timely and detailed manner, and spot key trends and patterns. Additionally, it reduces the chance of human error when data is being handled or passed between different teams and departments.

“The overall data process becomes more efficient, streamlined, and better controlled and governed,” said Milicia. “In that way, risk and the opportunity for things to go wrong are being reduced or eliminated altogether.”

Where this technology has brought the most value, however, is in data visualization to provide increased insight across complex analyses and better explain the drivers of results. This also leads to greater scope for actuaries to communicate results more effectively to the C-suite.

To this end, it can also be used to run the same tests auditors use and provide them with the results rather than having to sift through all the data and reconcile it.

“Clients have significantly reduced the amount of time spent trying to explain their assumptions,” said Milicia. “Now, instead of having to plow through a 1,000-page report, they can use intuitive management information to tell their story much more powerfully.” As with any new technology, however, there are challenges involved in its implementation, including integration with legacy systems owned by various parts of the organization that all need to be orchestrated to work harmoniously together.

“There are a host of different considerations that need to be taken into account,” said Mackay. “How do you get it to do what it’s designed to do, most effectively? Where is human intervention required and what do you do if something goes wrong? We spend more time with our clients planning what the solution should do when the unexpected occurs as we spend planning for what should happen when processes proceed smoothly.”

Firms also need to have dedicated experts in place, whose primary role is to implement and manage the technology, as well as the right tools and a culture that empowers teams and individuals to take control and use it to full effect.

“The implementation of any new technology like this will fundamentally change the way that people work,” said Milicia. “So, companies need to ensure they have full buy-in from all key stakeholders from the start to ensure appropriate design and that the new processes are embraced.”

Willis Towers Watson has established two core products for actuaries, both of which have many synergies and can integrate seamlessly with each other.

ResQ is the industry-leading loss reserving platform. It uses modeling and reserving methods to structure, access and manage data sets, all within a governed framework. Among ResQ’s key benefits is access to a wide range of best practice claim projection, adjustment, result selection and combination methods.

“ResQ is laser-focused on providing actuaries with the right tools for the job when they need them,” said Mackay. “It also provides the diagnostics and graphics to inform critical decisions and communicate the impact of their predictions to the relevant stakeholders.”

“They also know what they are looking at is the most up-to-date version of the results. And they can have confidence that all of the models used have been built to the highest specification.”

Unify is an enterprise-risk and actuarial systems integration, automation and governance platform that wraps around a company’s existing technologies and processes. The platform connects the tools and technologies within an organization’s ecosystem, securely delivering cleansed, validated data and enabling more efficient and more effective business processes.

Other key features include the automatic generation of audit trails tailored to a company’s requirements, and on-demand computing power and 24/7 availability, which means calculations are executed quicker and more efficiently.

“Our domain knowledge and expertise are deeply embedded within the technology,” said Milicia. “That means it can be quickly leveraged to deliver value to clients. Further, utilizing tools designed for insurance professionals moves automation out of the IT realm and enables business users to own the process.”

“Full governance and auditability are ingrained in Unify and cannot be bypassed, which is essential for reserving and financial reporting. That saves a significant amount of time spent on tasks such as creating and managing audit trails, tracking reviews and approvals and managing data versioning and retention.”

Willis Towers Watson’s Insurance Consulting and Technology business is a leading provider of award-winning software and advisory services for the insurance industry. Global political and economic shifts present new risks. The right mix of insurance products can provide stability in the face of uncertainty. With Marine Insurance Prices Spiking, This Merchant Mariner-Turned-Broker Is Called on to Serve Insureds A National Comp session explores how elevating the mission of workers’ comp can help the industry attract talent. Why This Risk Manager Dedicated Her Career to Employee Safety

Shannon Hojnowski of Anne Arundel County, Md. shares her risk management story and how her career has made her a dedicated advocate of employee safety.

From climate change to labor shortages, the construction industry faces more than its share of risks.
By: R&I Editorial Team | November 1, 2021 Where is Telehealth Headed? This National Comp Session Looked to Answer That Question

Multi-Factor Authentication Is a Must, and Other Findings from the RPS Cyber Trends Report

Insurers, Follow Swiss Re’s Lead and Make the Connection Between Biodiversity and the Billions We Spend on Physical and Mental Health Issues How Automation Is Enabling Actuaries to Deliver Better Value