A lack of product standardization, the new federal legality of some types of CBD and ever changing state regulations are just some of the issues facing the medical cannabis community.
By: Courtney DuChene | August 16, 2019
Topics: Opioids | Pharmacy Benefits Management | Safety | Workers' Comp | Workers' Comp Forum Medical cannabis has been a hot topic in workers’ compensation for the last few years now. Currently, only four states — South Dakota, Nebraska, Kansas, and Idaho — have outright bans on marijuana use of any kind.

The rest have a mix of comprehensive medical, medical and recreational or CBD/low-THC legalization.

Despite this increased acceptance, the drug has retained its federal Schedule I status, making it difficult for workers’ compensation case managers and insurance companies to treat it as a legitimate treatment method.

To add to the confusion, regulations concerning product labeling, manufacturing and marketing of the drug change almost daily.

Lisa Anne Bickford, director of government relations at Coventry, said that every time she gives a presentation on the topic, she has re-check her information in advance “because it’s such an evolving landscape that it’s difficult to keep up.”

Bickford spoke during a recent webinar aimed at helping companies understand how to navigate medical marijuana regulations within workers’ compensation. Lack of product standardization, the recent federal legalization of some forms of CBD and debates over whether marijuana is a medicinal or recreational drug are all issues she sees currently impacting workers’ comp.

Lack of product standardization is a big issue within the medical marijuana community.

Currently, there are only three prescription drugs derived from cannabinoids that are approved by the FDA. As a result, there are few state or federal guidelines concerning maximum, minimum, or even standardized dosages for treatment.

Doctors are also prohibited from prescribing the non-FDA approved drugs or recommending dosage for medical cannabis usage which means that oftentimes dispensary owners and workers are recommending what strains or products to use based on their own experiences.

“A lot of times the bud tender will share their own experience, or that of other users, or they’ll ask the buyers what strains have you found helpful in the past … so it’s kind of a trial and error,” said Nikki Wilson, director of pharmacy product development at Coventry.

“Dispensaries are actually often tasked with selecting the cannabis product and determining the dosing for the users that come in. And again lack of standardization can be a challenge there because every dispensaries product is different,” she said.

Further adding to the confusion is the fact that dosages between products and between dispensaries are inconsistent and products are mislabeled frequently.

A 2017 study in the Journal of American Medical Association (JAMA) found that seven out of every 10CBD products did not contain the amount of cannabinoid on their labels. Forty-three percent of products contained less CBD and 26% contained more.

What is more concerning, however, is that the study found that one in five CBD only products contained THC, the psychoactive component of marijuana.

This is particularly concerning for workers’ compensation because workers seeking medical cannabis treatments may unwittingly be using psychoactive drugs that leave them impaired and unable to safely do their job.

“We do have adverse effects and safety concerns that occur because there’s a lot of inconsistency,” Wilson said.

“If you’re a beer drinker and you have used beer in the past, you probably know what the outcome is of having one beer versus 10 beers. You know, ‘I can handle 3.5 percent alcohol by volume, I can take one of those and still be able to drive.’ We don’t have that same ability to apply how we react to … one cannabicutical.”

Five states, Connecticut, Minnesota, New York, Arkansas and Pennsylvania, have tried to reduce these inconsistencies by requiring pharmacists to be involved in medical marijuana sales.

Inconsistent product labeling and a lack of FDA-approved treatment options aren’t the only problems plaguing the medical cannabis industry. The recent federal legalization of some forms of CBD is only adding to the confusion.

In December of 2018, the Agricultural Improvement Act removed hemp-derived CBD with less than 0.3% THC from the list of Schedule I drugs.

This led to a boom of CBD and CBD-infused products being sold everywhere from pet stores to coffee shops, some of which Bickford and Wilson said may not be legal given that many products are not tested before they go to stores.

“There’s so much wild west mentality with CBD production specifically,” Wilson said. “CBD products are everywhere, whether or not they’re legal.

“It’s a buyer-beware market when it comes to purchasing CBD. It’s really important to know where your product came from, what’s in it. Third-party lab testing is a good thing to look for, or a certificate of analysis lab report to be better assured of what’s in the product.”

The problem with CBD’s new, partial legality on the federal level encapsulates a problem that the medical cannabis community has faced since Colorado first voted to legalize the substance for anyone’s use: is the drug primarily medical or recreational?

“The question remains as more and more states view this as a recreational substance, does that undermine the argument that it’s a medicine?” — Lisa Anne Bickford, director of government relations, Coventry

“This is one of my favorite things to talk about — is [cannabis] more like tylenol or is it more like a roller coaster?” Bickford said. “There is no other substance really that I can think of off the top of my head that really falls into both camps at the same time.”

As more and more states start legalizing the drug for recreational purposes, this issue only gets more confusing, from a workers’ compensation standpoint.

Recreational use of marijuana could cause employees to come to work impaired, making them more vulnerable to injuries.

However, positioning the drug as a purely recreational substance that leaves workers impaired could prevent employers from considering it as a potential treatment, and perhaps necessary treatment for workers’ compensation injuries.

“The question remains as more and more states view this as a recreational substance, does that undermine the argument that it’s a medicine?”

Medical Marijuana Won’t Save Us From Opioids

Bickford and Wilson also cautioned against the argument that legalizing marijuana, whether recreationally or medicinally, would lead to a reduction in opioid use.

Recently, medical marijuana has been posited as a potential drug that would relieve long-term and chronic pain without the severe risk of addiction that come with many opioid prescriptions.

A 2014 JAMA study even found that the annual opioid overdose rate was lower in states that had legalized medical cannabis and Wilson many supporters of marijuana legalization have pointed to that study as a potential means for “solv[ing] the opioid epidemic.”

That optimism may be short-lived, however. According to Wilson, a 2019 study of the same time period produced conflicting results. It showed that the annual opioid overdose rate is 23% higher on average in states that had legalized medical marijuana.

“There isn’t going to be a silver bullet for solving the opioid epidemic,” Wilson said.

Instead of looking to medical marijuana for a quick-fix solution for common workers’ compensation conditions like chronic pain, she recommends that people turn to other common treatments.

“My recommendation is always to focus on pain management solutions — it’s not just going to be one thing — that involve evidence based approaches and often multiple modalities in order to address it,” she said.

“[For] most medical conditions for which cannabis might be requested, they have a number of FDA approved treatments available as well as guideline supported non-drug approaches that are recommended first.”

Wilson’s thoughts on medical cannabis use for workers’ compensation injuries and conditions jive with current recommendations from the Official Disability Guidelines (ODG), American College of Occupational and Environmental Medicine (ACOEM) and the American Association of Occupational Health Nurses (AAOHN).

Currently, ODG does not recommend the use of cannabinoids for any conditions, while ACOEM and ACOEM guidelines suggest that patients using medical cannabis should be closely monitored, especially if they work in safety sensitive positions, and that companies need clear policies for when medical marijuana use is allowed.

“In every case, benefits and risks should be carefully considered for individual patients,” Wilson said. & 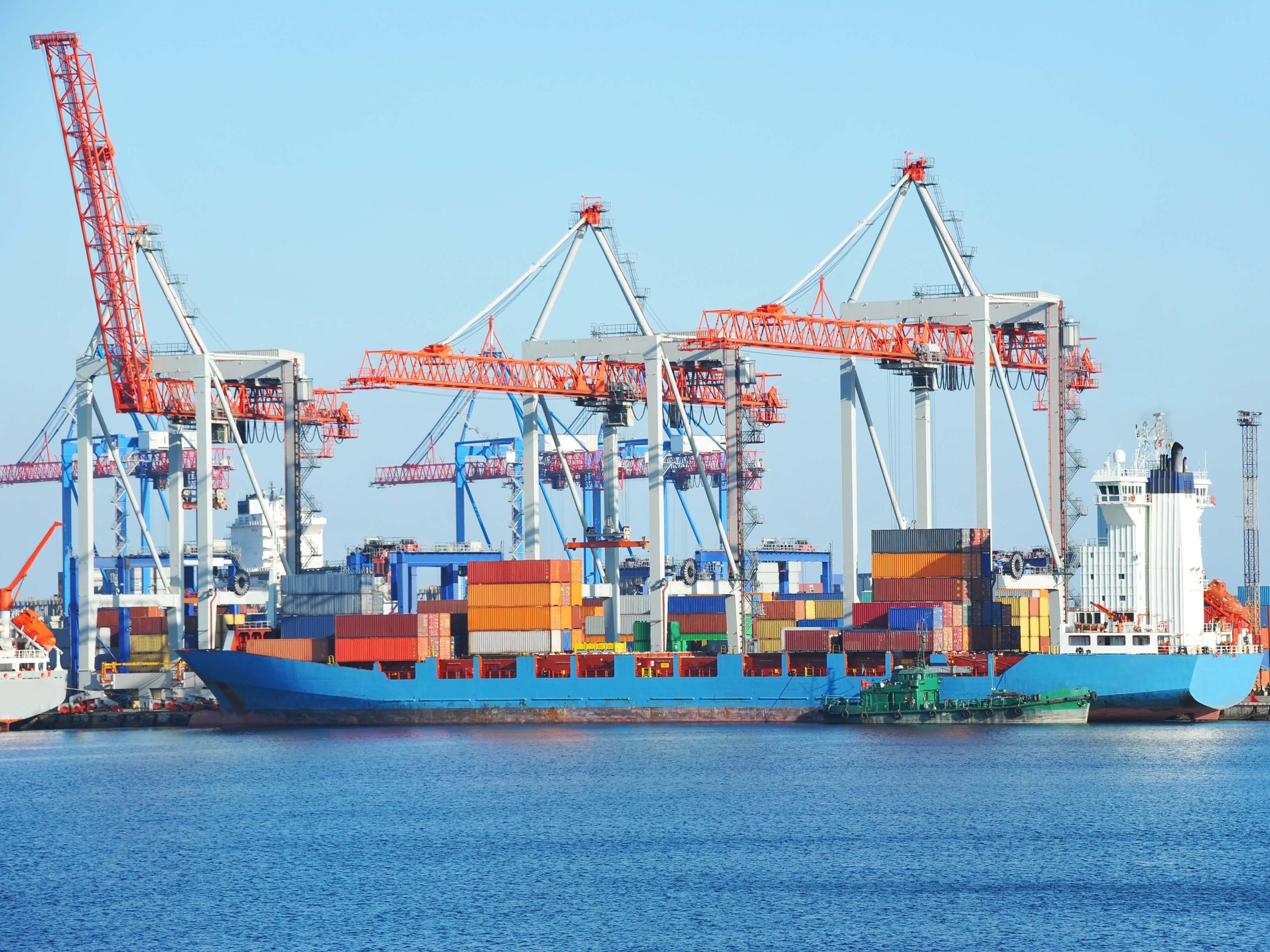