The Cayman Islands have firmly established itself as the market leader for health care captives. Starting out 35 years ago, when other jurisdictions were reluctant to write the business, it has gone from strength to strength ever since. Today, Cayman’s insurance industry has 765 licensed insurance companies and represents 60-80% of the U.S. market.

But its captives are where it really excels. Health care accounts for almost half of total premiums for all lines of business for Cayman’s captives.

The biggest focus for these health care captives, which provides 90% of risk management services to U.S.-based companies, is medical malpractice liability (MPL), making up 23% of total licenses and approximately $2.8 billion in premiums written in 2021. Other significant lines include hospital professional liability and physician liability (4%) and accident and health (2%).

“Cayman continues to be the leading choice for health care captives,” said Paul Bailie, Willis Towers Watson’s regional head of captives for the Atlantic and Caribbean. “It embraced that market about 35 years ago when other jurisdictions thought the business unattractive and, as a result, has established a leadership position it has maintained ever since.”

Health care continues to be a main driver for Cayman’s captive formation and growth. This is being fueled by U.S. health care systems and providers moving away from a hard traditional insurance market, particularly for MPL.

It’s a market fraught with ever-increasing premiums, claims frequency and severity, class action lawsuits, social inflation, litigation financing, nuclear jury verdicts, demands for higher retentions and insurers pulling coverage or exiting the space altogether. This has merely been exacerbated by the perfect storm of the COVID-19 pandemic, a global supply chain crisis and labor shortage, which have all driven costs up.

“The increasing severity and volume of claims and settlements in the traditional U.S. health care market, and the consolidation of coverage available, has caused health care companies to look for alternatives,” said John Hall, founding partner of Hall Booth Smith. “Captives are the obvious risk transfer vehicle for this and, given its long-standing reputation for health care captives, this makes Cayman the domicile of choice.” By switching to a captive model, health care organizations have been able to secure more favorable and flexible rates, terms and capacity, or they have utilized their existing captives to take on more risk and lines of coverage such as employee medical stop loss. It’s evidenced in the fact that Cayman captives continue to outperform U.S. commercial insurers, according to a recent A.M. Best report.

Another key trend is the continued merger and rationalization of captives as companies seek to become more efficient, spurred by the consolidation of the U.S. health care industry following the Affordable Care Act. That enables them to secure higher limits, expand lines of business and better control costs and claims.

“The changes to the U.S. health care system over the past 10 years have driven captive owners to take on more risk and, thus, the use of captives has increased,” said Julie Boucher, islands leader for Marsh Captive Solutions. “Due to mergers, these captives have also become much larger both in terms of asset and equity size, enabling them to expand their existing coverage and move into other areas.”

As well as the growth in health care captives, there has been a steady stream of new and unrelated lines of business, including employee liability, cyber liability, cryptocurrency, cannabis and life and annuity coverage. Driving this growth are long-term and small commercial reinsurers, managing general agents, managing general underwriters and Insurtech startups.

“While the primary risks insured in the Cayman Islands remain health care, workers’ comp, property and general liability, there has been an increase in the number of captives writing third-party business,” said Erin Brosnihan, president of Kensington Management Group.

Another growth area, according to Beth Biega, VP, Atlas Insurance Management, is “the continued strong growth for group captives with a large pool of middle-market companies being overpriced by the commercial market. Reductions in reinsurance capacity in transportation is also a large driver of strong safety culture, enabling companies to retain larger layers.”

With more than 50 years’ experience in the captive industry, Cayman’s key selling points are its robust legal and regulatory framework and favorable tax regime, as well as its flexible approach to capital and surplus ratios. The fact that it chose not to pursue Solvency II equivalence with Europe also enables it to be more North America-focused.

“As a leading international insurance jurisdiction, it is considered our responsibility to be part of the global standard-setting mechanism, lead by example, and achieve compliance with international standards” a Cayman government spokesman said. “Ultimately, Cayman’s membership in these international bodies allows for a level of feedback that helps develop policies and legislation for the advancement of the jurisdiction’s reinsurance and insurance sectors.”

As an innovation hub, Cayman has remained on the cutting edge by using existing data to develop new health care captive products and services to meet client’s ever-changing needs.

Despite its undoubted success in the health care captive space, Cayman faces a host of tax and regulatory challenges. The main one is the change to the corporate tax rate proposed by the Group of Seven countries and later approved by the Group of 20’s finance ministers and the Organization for Economic Co-operation and Development’s Inclusive Framework members in July 2021.

At the heart of the proposal is a commitment to a minimum corporate tax rate of 15% imposed on multinationals with more than $890 million in revenue, in line with one of President Biden’s key priorities to stop firms from moving their profits to low-tax domiciles. At this stage, it’s too early to tell what the likely impact will be.

Another headwind is the Base Erosion Anti-Abuse Tax, brought into force by the U.S. federal government in December 2017 to stop companies from hiding their profits overseas to avoid domestic corporate taxes. Then there’s increasing competition from other domiciles, both onshore and offshore, looking to get into the health care captive space.

However, as Nick Hentges, CEO of Captive Resources, pointed out: “Cayman has a proven track record as a captive domicile for the last 35 years.” You wouldn’t bet against it continuing in that vein for the next 35. & The Supreme Court ruled on a recent case in which a high school football coach was suspended following praying during a game. 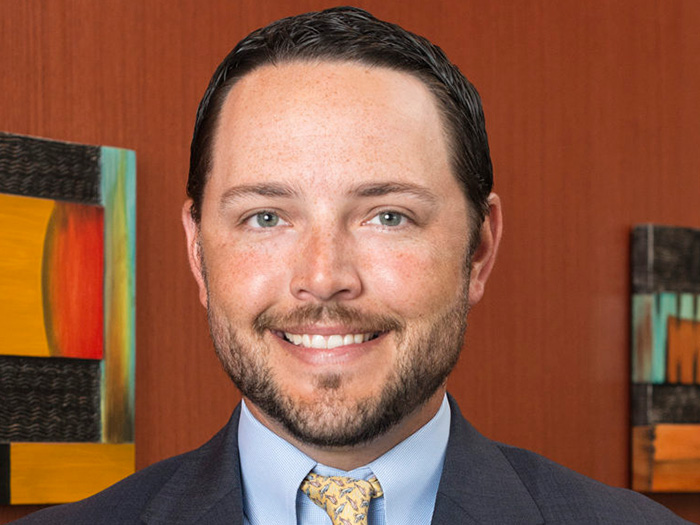