In judging this second installment of our Risk All Stars award, one thing became abundantly clear.

It didn’t matter the background of the candidate or the type of risk they were managing. The thing that unified the winners, and which clearly unifies these Responsibility Leader® winners, is passion.

Risk All Stars displayed creativity and perseverance in managing thorny risks for their organizations. Those that won this additional designation, that of Responsibility Leader®, impressed us by doing all of that and more.

They did it by acting as leaders in their communities, being ardent advocates for justice, caring deeply about the future of their profession, or showing the courage to stand up to formidable forces and say, in effect, “This is the way I know it should be done.”

When I asked Elizabeth Queen, vice president of risk management with Wolters Kluwer, why she dedicated so much time to protecting child welfare and building professional and cultural diversity, she wrote this:

“Having grown up in the American South during the 1960s, I have a strong belief in the right and freedom of every person to work, eat, pray, go to school, love, live freely and on a level playing field irrespective of their ‘differences.’ ”

I don’t mind admitting that I was moved by her eloquence and resolve.

When I spoke to Angeli Mancuso, the manager of employee health and safety for Cottage Health in Santa Barbara, Calif., I was reminded once again of the core passion of many nurses and doctors.

When she finishes her work week, which is dedicated to making her fellow nurses and doctors safer, Mancuso takes to the streets and parks of Santa Barbara, acting as a nurse with Doctors Without Walls, a group that offers free medical assistance to the homeless.

Mancuso told me that making a difference in her community is extremely important to her. But she goes beyond her community, and also serves as a nurse with Aeromedicos, a group of Santa Barbara medical personnel that flies into Mexico and offers free dental and medical assistance there.

Talking to these professionals is akin to watching sunshine break through cloud cover. I’m glad to have made their acquaintance and to call them Responsibility Leaders.

Here are the 2015 Risk All Stars Responsibility Leaders.

The University of California system of higher education is lucky that Brent Cooley cares enough to have established a center of excellence in theater safety that is now in use at all 10 campuses. Drawing on the theater safety wisdom of Disney and with the support of OSHA, he created the first, and much needed, safety manual for the UC theater programs.

But the impact of Cooley’s professionalism goes far beyond even that massive system of higher education. Cooley also serves as a mentor at the annual United States Institute of Theater Technology conference, working with the Institute’s Health & Safety Commission to support its initiatives.

He is also the co-chair and the co-founder — for good measure — of the Campus Safety Health and Environmental Managers Association’s Performing Arts Safety Community of Practice.

The company that Tracey Gasper works for is growing fast, organically and through acquisitions. That’s the good news. The challenge, one of many faced by the risk manager, is that her team is quite young. The most veteran member of the team has been in risk management for about a year.

Gasper recalls the days when she knew little about the property/casualty insurance industry, risk management or the specialty in risk management we know as workers’ compensation.

That’s why she’s turned her department into a mini risk management university, teaching the finer points of concepts like loss reserves and the nuances of regulatory oversight in weekly meetings.

“I’m trying to broaden their horizons so that they are aware of the bigger picture because it plays such a role in the finances of the company,” Gasper said.

Gasper’s Risk All Star nominators at Sedgwick laud her for her work in creating a return-to-work program that has made a huge impact, not only on the bottom line of TBC Corp., but in the lives of injured workers.

“She has been able to keep people working in their respective communities, decrease turnover and inspire other loyal employees,” Sedgwick executives said.

When we spoke to him, AARP’s Albert Fierro thanked us for shedding some light on the corner of the world he works in, managing risk for AARP, formerly known as the American Association of Retired Persons. There is a lesson in Fierro’s humility.

Consider for a moment the impact of the work he does. By returning millions in equity to his parent organization through his innovative work in captive creation, Fierro is helping to expand programs that serve a vital social need.

His work helps fund programs that provide nutrition for low-income seniors. His work helps provide funding for those over 50 who might be homeless, looking for a job but lacking the necessary training.

His work ensures that money that would have been spent on premiums to insurance carriers is instead funneled back into an organization that has no profit goal, only a public service goal.

Albert thanked us for this attention.

But to Albert Fierro and Peter Persuitti, the multiple Power Broker® winner from Arthur J. Gallagher & Co. who nominated Fierro and whose nonprofit practice supports not only Fierro’s work, but the work of other nonprofits, we can only say, no, thank you.

Tim Fischer and his risk management colleagues were given nine months to put all the pieces together to enable the spin-off of the power generation company Babcock & Wilcox Enterprises from the nuclear and governmental operations of BWX Technologies. Plenty of work to do there. But Fischer was thinking much further down the road and even more expansively. Who was going to serve as the risk manager for the spun-off company?

Fischer had his eye on a candidate, Rachel Rozelle. He’d been bringing her along, mentoring her, and when the higher-ups were trying to decide who should manage the insurance program for the new company, Fischer thought it was time to make his voice heard in that regard.

He put his own reputation on the line and told the C-suites to look at Rozelle as a candidate.

“It took some pressure from my side to get the organization to recognize that they had a great internal candidate,” Fischer recalled.

That’s what we call the “entrepreneurial gene” — caring enough about the company and its outcomes to consider avenues that arguably could be well outside your job description. Going above and beyond, in other words.

We know Tim Fischer from the multiple times he won a Power Broker® designation when he worked at Marsh. We’re delighted to name him a Risk All Star and a Responsibility Leader®.

Taking It to the Streets

After a hard week at work making the Cottage Health hospital in Santa Barbara, Calif., safer, Angeli Mancuso takes it to the streets, literally. One, seeing the disenfranchised in public cuts down on emergency room visits, freeing that service for those who in many cases are in much more urgent need of care.

Doctors Without Walls does manage chronic wounds in the homeless population, but many times the doctors and nurses in the program are needed to just lend a sympathetic ear. Or to refer someone to another service.

The group also brings along students who are interested in a career in medicine to work as scribes and on outreach.

Mancuso also serves with Aeromedicos of Santa Barbara, a nonprofit formed in Santa Barbara decades ago that flies professionals to Baja California in Mexico once a month to staff free medical and dental clinics. The hard-working Mancuso made three trips with that group this year.

Any working mother will surely appreciate the following. Risk All Star Elizabeth Queen, a force in global risk management, has five children and has fostered a number of others. Two of her children are adopted Pacific Islanders, and she has taken in several other children and families in need. She has served on the boards of nonprofits dedicated to child welfare and is a champion of diversity.

“Having grown up in the American South during the 1960s, I have a strong belief in the right and freedom of every person to work, eat, pray, go to school, love, live freely and on a level playing field irrespective of their ‘differences,’ ” she said.

Queen — who splits her time between the United State and the United Kingdom — is also credited with creating an enterprise-level travel risk management program for her Netherlands-based company, Wolters Kluwer.

In March of 2014, the graduate of Tulane University and Tulane Law served as an expert panelist for an Aon presentation on cyber risk in Kuala Lumpur, Malaysia.

“If they build it, we, the clients, will come,” she said. 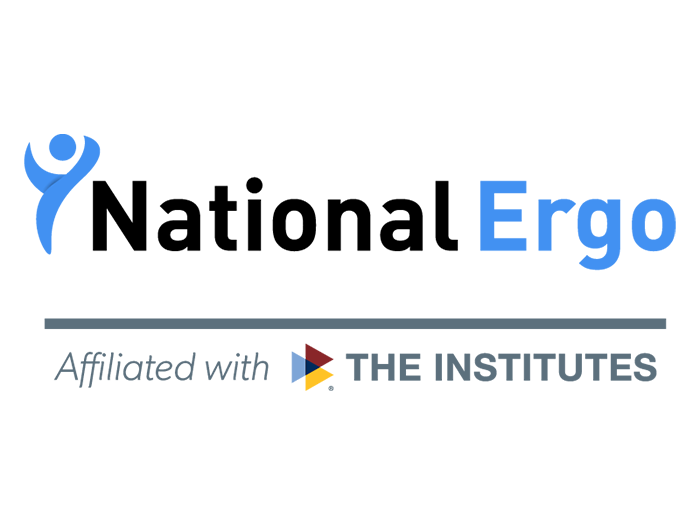 The Triple Threat of Tobacco Use on Employer, Clinical and Medication Complexity

Examining tobacco use as a complicating factor in the workplace and as a detractor from injured worker outcomes. What does the future hold for E&S? A sharper focus on flexibility, hiring and more is a must for 2023.