Collectors of memorabilia and other items can obtain coverage and solid advice from a variety of specialty insurers.
By: Katie Kuehner-Hebert | October 1, 2014
Topics: Claims | Excess/Surplus | October 1st 2014 Issue | Underwriting Remember when some Beanie Babies were fetching nearly $1 million a pop? Then they fizzled, and most are now selling for a quarter at yard sales.

Specialty insurance exists for many types of collections, backed by differing methods of authentication or “agreed value” coverage. Experts advise collectors on how to best protect items, when to restore damaged items — and when to just cut their losses.

And for those who have inherited a house full of knickknacks from their grandmother, experts recommend local experts over estate sales to spot — and sell — newly hot items. The next hot items could be vintage Atari 2600, Nintendo and Sega consoles, but collectors should also hold on to their Christmas ornaments, Longaberger baskets and other faded items, Morales said.

“All you need is for media to put a spotlight on it or one gets sold in an auction house for a ton of money, and boom, it becomes a hot item,” he said.

American Collectors has a collectibles policy for many items, including Barbie dolls, G.I. Joe and Star Wars action figures, Coca-Cola advertising memorabilia and collector quilts. Rates range from $4 per $1,000 for some collections such as books and stamps, to $7.50 per $1,000 on fragile items like Hummel dolls and porcelain. The minimum annual policy premium is $65.

The insurer doesn’t require appraisals or certificates of authenticity to secure coverage on most items, but the company might require a bill of sale for higher-end items. Upfront underwriting is really the key to protecting against fraud.

“We’ve been doing this for a long time, so we know the telltale signs of possible fraud, such as overvalued collections, applicants who are new to the hobby, or the lack of any documentation,” Morales said. “Fortunately, this particular product performs very well from a loss standpoint, and we don’t see a lot of fraud.”

American Collectors recommends that collectors inventory and photograph items, and store those documents offsite in a bank vault or a relative’s house, to be accessed in the event of a loss.

The Operation Bullpen sting operation in 1999 by the Federal Bureau of Investigation and the Internal Revenue Service  seized over $500,000 in cash and roughly $10 million in forged memorabilia, from 60 individuals and businesses across five states.

If there is a claim, the insurer works with the collector to determine the current value, typically relying on appraisers or purchase receipts. However, for older or unappraised collections, MiniCo may research recent transaction prices on the secondary market for similar items. McConnell recommends appraisals for higher-priced items every three to five years, “as sometimes items such as fine art can double or triple in value within a year.”

Collectors should minimize handling of their items, as just touching with bare hands can lower their value, he said.

Put pictures or cards in hermetically sealed protective plastic cases to avoid creasing or wrinkling, and use tinted glass for display cases to keep direct sunlight from damaging items.

Storage room temperatures should not be too hot, cold or damp. Some collectors have alarms that indicate temperature changes.

Kenny Davis, co-owner of Worthridge Inc., an online auction and retail company in Kernersville, N.C., said that his company works with “well-respected companies” to authenticate sports memorabilia, as forgeries are on the rise — even after the 1999 Operation Bullpen sting operation by the Federal Bureau of Investigation and the Internal Revenue Service, which seized over $500,000 in cash and roughly $10 million in forged memorabilia, from 60 individuals and businesses across five states.

Some jewelry and stamp collections have appreciated more than 100 percent in the last several years, said Julie Sherlock, fine arts practice leader at ACE Private Risk Services in New York City. Certain genres of art, such as Chinese, Eastern and contemporary art, have significantly appreciated, and in those cases collectors should reappraise even more frequently, “as records are being broken in auction houses.” Such appreciation might catch collectors off guard. ACE recently conducted research that found many wealthy homeowners are under-insured for their personal property by an average of $415,000. The carrier reported that wealthy individuals tend to have a “blind spot” in managing their valuable collections.

ACE will schedule items for full cover in an “all perils policy” that does not have a deductible, and also has blanket coverage, Sherlock said. The insurer provides coverage for market value appreciation, and will pay the market value of an item just prior to loss up to 150 percent of the scheduled amount. ACE also provides coverage for similar items that have been newly acquired but not yet scheduled.

The insurer also offers risk management consulting, and recommends that artwork not be placed over fireplaces close to soot, smoke and other damaging debris, she said.

Mid-century furniture is especially hot right now, said Laura Murphy, eastern territory fine art and collectibles specialist at Chubb Personal Insurance in New York City. Sofas or chairs bought for $1,000 in the 1950s might be selling for more than $100,000 today, if they are true design pieces by a mid-century modern designer, such as Arne Jacobsen or George Nakashima.

“A lot of museums are also now collecting mid-century design, which really validates these pieces as artwork,” Murphy said.

Chubb provides valuable articles coverage with agreed value, but the insurer requires appraisals for fine and decorative art items valued over $250,000 and for jewelry valued over $100,000,

For certain items, such as jewelry with three or more carats of diamonds, appraisals may be needed every two to three years to keep up with market fluctuations, she said. For many collections such as stamps, wine or porcelain, Chubb offers blanket coverage.

Rick Drewry, collector car claims specialist at American Modern Insurance Group in Cincinnati, said his unit specializes in insuring collector cars and motorcycles, especially those made before the 1980s.

“We have weekend warriors who have one or two cars, mainly for fun, and many of their cars are not that high in value because of their condition or because they lack originality,” Drewry said. “Then we have investors who are collecting and maintaining cars as an investment. In fact, a lot of people started investing in cars when the stock market crashed.”

When acquiring a collector vehicle, buyers should document that the car is either in its original state or has been restored back to its original specs, he said. Some older cars have build sheets under the rear seat that list the options that came with the car when it was built.

American Modern provides agreed value coverage, and when claims arise, determines book value using numerous sources, including auction houses and private sales. “Having the original engine, transmission and rear end, and having documentation like the build sheet makes a car a lot more valuable,” Drewry said. “If a person doesn’t have the original drivetrain, then that’s probably a 40- percent hit.”

The insurer recommends climate-controlled garages and for vehicles to be driven periodically.

If collections are damaged, insurers may pay third parties to restore items at a lesser value, said Tracy Bachtell, senior vice president, business development at Paul Davis Restoration Inc. in Jacksonville, Fla. Policyholders either keep the restored items and receive a check making up for the lesser value, or insurers pay them full value and then take ownership of the items for salvage. For items that may not be restorable, such as baseball cards recovered from a flood, insurers typically pay policyholders full value and salvage the items.

“The challenge to the property owner is proving what they had and their condition as the time of loss,” Bachtell said. “Appraisals, photographs, purchase receipts and videos are always a good idea.”

Terry Kovel of Kovels.com, a publisher of collection price guides and other collector information, said that people who inherit older furnishings may want to think twice about having an estate sale. They might have a hot item like mid- century furniture on their hands and not know it.

Other household items that are trendy include Hot Wheels and reverse-painted glass advertising signs, as the average sign is currently fetching $3,000 to $4,000.

“It’s better to get an expert who knows about specific items to advise on the value or sell themselves,” she said. “Find a local dealer who has been in business for a long time, rather than someone who sets up a show in a hotel, so you can find them six months later if there is a problem.” 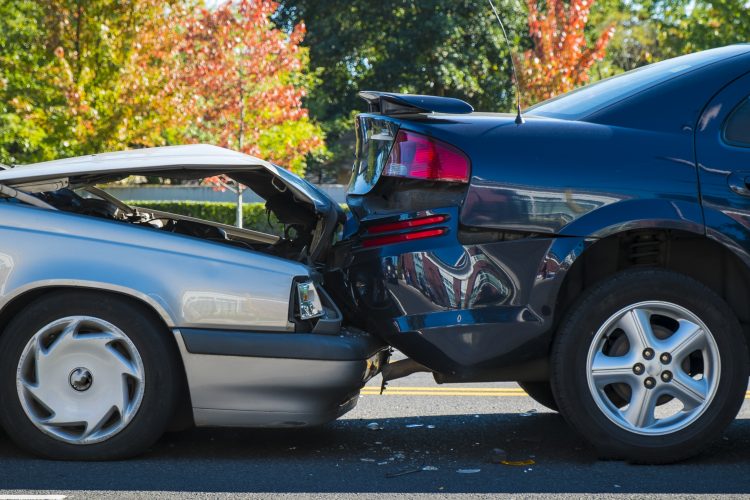