Several of Alex Burton’s higher ed clients needed more flexibility than what they were getting within their risk retention group.

But transitioning out of a risk retention group can be a complex and exhausting process. The groups house such a diversity of risks, ranging from football programs to art collections, to protection for boards of trustees.

Fortunately, Burton was there to lead the way, building each university a new program to cover its unique coverage, pricing needs and risk appetite.

“Risk is not something that a college wants, ever,” said Brooks Seay, CFO and vice president of finance and operations at Young Harris College in Young Harris, Ga.

Clients also value how Burton enhances their risk management efforts, bringing to the table the right resources and capabilities to manage their exposures.

One college experienced a domestic issue that led to the presence of an armed individual on campus. Thankfully, the situation was neutralized without injury to staff or students, but it was a wake-up call, said Dawn Nash, vice president for administration and CFO at Wesleyan College in Macon, Ga. She was grateful that Burton sped into action immediately and “totally stepped up,” she said.

By the end of that same day, she said, Burton put in place a suite of services and programs that bolstered the college’s level of preparedness and enabled the risk management department to be proactive.

A Champion for Student Health Care Institutions struggled to keep their SHIP programs viable with smaller, more volatile pools of students. Arthur J. Gallagher’s Teresa Koster saw the impact this trend was having on her clients, and saw an opportunity to help not just her own clients, but all public colleges in her state.

Koster reached out to the state’s Medicaid department and health care exchange, proposing a plan that would encourage students to enroll in their school’s SHIP by allowing the use of Medicaid funds to pay premiums. The initiative, which required the approval of regulatory changes, came to fruition in Fall 2016. The SHIP Premium Assistance initiative was launched at all 30 Massachusetts public institutions of higher education.

“It’s an idea that existed but Teresa is the one that brought it to Massachusetts and championed it,” said Ashley Hague, executive director of MIT Medical. “And everybody’s better off for it. … It’s a win-win-win solution.”

“It’s an example that other schools around the country can turn to,” said an executive at a prominent Midwestern university. “She’s helping shape the student insurance industry.”

Since the launch, the per-campus increase in school-based enrollment ranges from 24 percent to 30 percent. So when a key health carrier lowered the threshold for self-funding groups, Laurie Miller pounced on the opportunity to organize a rural school-based purchasing pool. The Illinois Scholastic Cooperative launched Sept. 1, 2016, with seven districts and 1,000 lives.

“It was a huge cultural shift,” said Scott Bloomquist, superintendent of Winnebago Community Unit School District 323 in Winnebago, Ill. He said it was no small feat getting all the districts on the same page, but that if anyone could have made it happen, it was Miller.

“Everybody trusts her,” he said. “When she makes a recommendation, we almost immediately get buy-in. … She knows her stuff.”

The entire group realized an immediate 5 percent savings overall, and one district avoided an 18 percent stand-alone renewal hit. ISC is now getting the attention of other cash-strapped districts that typically operate with just a superintendent and a bookkeeper handling the programs. All of Miller’s school district clients say they rely heavily on her expertise and her deep commitment to helping rural schools succeed.

“I don’t think there’s ever been a year where she hasn’t done something innovative for us,” said Tom Mahoney, superintendent of Oregon Community School District 220 in Oregon, Ill. Ithaca College implemented a strong ERM program in 2009. But by 2016, the organization felt that its program was in a rut.

“It got to a point that we were really at a loss for how to continue managing our data and make our program more robust,” said Kristine Slaght, the college’s risk manager. “We were stalling and no longer had the right tools for where we’d grown to.”

So the ERM committee was intrigued when Scott Wightman approached them about becoming a beta tester for an ERM software solution he was developing.

Wightman, an active proponent of the importance of ERM and compliance in college and university governance, had long since seen the need for ERM and compliance management to move beyond spreadsheets. He sought out a viable software solution and discovered Risk Wizard, an Australian firm with a promising solution for corporations.

Wightman partnered with Ithaca College to help adapt and customize the program for higher education. Using the software, Wightman created about 10 or 12 different templates for the committee to use, said Slaght, including one that would produce a heat map — something that the committee longed for.

“He did miracle work with it actually,” said Slaght. “He’s really moved us in a positive governance direction.”

Slaght said she’s pleased with everything the college has been able to accomplish over the past year. “We’ve really taken it to the next level,” she said.

Taking on the Toughest Challenges Marshall, an education placement specialist with Marsh, was concerned that the situation could get even thornier, with the potential for hybrid claims creating turmoil between the general liability and educators legal liability carriers. She designed an alternative GL and excess liability proposal. The outcome? Significant cost savings, a lower attachment point for hybrid claims, and a crisis management program independent of a liability occurrence or wrongful act.

“She was a pillar,” said a top risk officer for the university. Marshall was able to secure significant savings on the university’s excess casualty program, allowing it to purchase higher educator’s legal limits without impacting the overall insurance budget for the year.

Another university client needed to roll coverage for an acquired facility into its primary program despite it being a wholly different operation and class of business. It also needed to keep its automotive policy outside the primary program, even though only a limited number of insurers were willing to write automobile liability risk on a stand-alone basis. A tall order all around, but she got the organization exactly what it needed and then some.

“She found solutions and resources that I could not have found,” said the university’s risk manager, a veteran of the brokerage side as well.

Undaunted by the Impossible Almost immediately upon becoming the broker for a large university, Aon’s Courtney Hensley was presented with an unusual challenge: To secure a large federal contract, a division of the university needed coverage for providing prescribed burn services. But “intentional fire” was expressly excluded by the markets.

“These things, when they go bad, can go really, really bad,” said the university’s top risk management professional. Damages can run into the millions. Securing coverage was practically impossible, she said. “It was really nail-biting.”

But Hensley isn’t the type to be bested by a difficult exposure. “We can do better than this,” she told her client. An initial attempt to knit together several partial solutions came to naught because of exorbitant pricing and high retentions. As the clock ticked on the federal contract, Hensley kept working the problem and identified a viable Plan B.

Her team was able to manuscript a program using a wholesaler to place general liability, professional liability and contractors’ pollution liability together, specific to the university’s operations, incurring only minimal deductibles and a cost-effective premium. The burn exposure was contained within a separate tower that would protect the university’s other exposures in the event of an unexpected loss related to activities under the federal contract.

“She created a whole separate insurance tower for that department,” said the risk professional. “I was so amazed.” 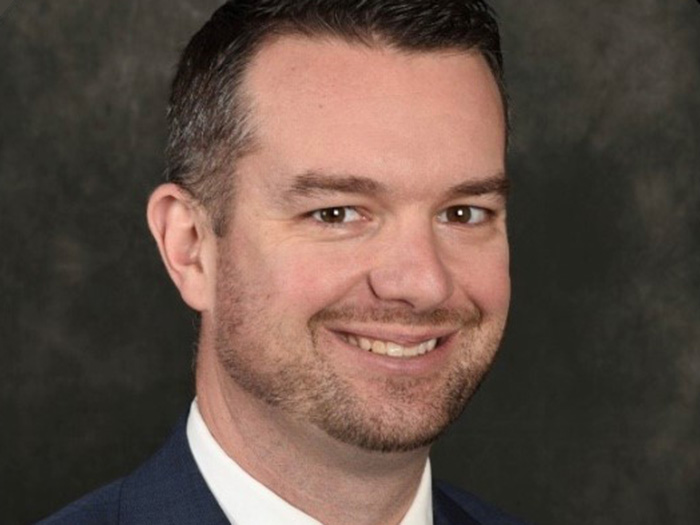 From the Carrier Side to the Broker Side, 2022 Workers’ Comp Power Broker Mike Lane Recounts His Career Path

2022 Workers' Comp Power Broker shares how he went from the carrier side to the broker side and how he fits into his unique role at Reagan Companies.