The raging wildfire that roared through Fort McMurray in Alberta, Canada, in May and June was so fierce it burned the entire country’s economy.

As a result of the fire, Canada’s GDP experienced its worst dip since the depths of the Great Recession. Losses from the blaze resulted in a 1.1 percent economic contraction in the second quarter.  The Bank of Canada cut the country’s economic outlook for the year due to the catastrophe that stopped production at oil sands facilities, forced the evacuation of about 94,000 people and destroyed 2,400 buildings.

The most recent estimate by Property Claim Services puts the insured losses at about $3.6 billion — but while more than 5,000 commercial insurance claims (about $1 billion) are included in that estimate, the hard-hit oil sands producers report few insured losses.

VIDEO: The wildfire had a devastating impact on businesses in the area.

At the peak of the fire, 10 oil and gas producers were temporarily shut down, while work at another one was reduced, said Paul Cutbush, senior vice president, catastrophe management, Aon Benfield Canada.

Even though 1.2 million barrels a day, or about $65 million daily, was lost during that month-long shutdown while the fire was nearby, “no one is talking about any oil and gas claims,” Cutbush said.

That position was made official by Suncor, one of the largest operators that was shut down due to the evacuation, and saw its production reduced by about 20 million barrels because of it.

“The company incurred $50 million of after-tax incremental costs related to evacuation and restart activities,” according to the company’s Q2 earnings report, “which was more than offset by operating cost reductions of $180 million after-tax while operations were shut in.”

It’s not just the lack of damage, said Cutbush. BI policies typically have a waiting period before policies are triggered. That period typically is 60 to 90 days, but since the marketplace is very competitive, he said, it’s possible that some of the oil and gas producers had a 30-day waiting period.

Even so, the evacuation orders issued May 3 that shut production around Fort McMurray — the hub of Canada’s oil sands extraction and processing facilities — only lasted three to four weeks, depending on their location, he said.

“A lot of companies went back online 30 days after the fire,” Cutbush said. “I think if you see any claims, it will be those [insurance] writers who have more competitively agreed to do 30-day waiting periods. But it’s still too early to tell.

The energy companies’ facilities were protected by the effectiveness of the “fire breaks” built to divert the wildfires, he said.

“The core of Fort McMurray exists because of the oil sands,” said Bill Adams, vice president, Western and Pacific for the Insurance Bureau of Canada (IBC). “There is a strong focus on safety in those operations, and most of the people in and around Fort McMurray have that in their blood. “I am not sure any other community in North America could have accomplished the same as that town did.”

From a risk mitigation perspective, Adams said, “this incident really set a new benchmark for what can go wrong when you build a municipality in a boreal forest. We have never seen an event like this that affected so much infrastructure.

“Assessing this fire will definitely give us a new understanding, and many municipalities will have opportunities to avail themselves of the learnings.”

“The operators were fantastic. They knew they were part of the community and they were fast to take in some of the more than 88,000 people who had to be evacuated,” he said.

“As regulator for the industry, we require all operators to have emergency response plans in place.

“Those plans vary with the nature of the operator from site-specific to more general contingency planning. Even so, we were dealing with an event of unprecedented scale. The fire moved very quickly and behaved very unusually from a risk-management perspective.”

The Alberta Energy Regulator had its own risk to manage as well: Bent said the staff’s families had to be evacuated.

“Once we had that secure, we swung into our role of industry support. We were in day-to-day contact with the operators and coordinating with the provincial command center. We had to understand the local situation for the operators and ask for their specific information.”

Still, regulators gave a general, but not blanket, emergency authorization for operators to build berms around their properties without having to file permits in advance. Actions would be reviewed afterward for environmental and safety compliance.

“The oil sands companies had better fire breaks than the towns themselves,” said Cutbush of Aon Benfield.

In addition to homes and two hotels, the wildfire destroyed three camps used by subcontractors to house oil and gas workers, which should be covered under property policies. Other direct damage from fire and smoke should also be among the covered commercial claims, he said.

Remarkably, no deaths were directly attributable to the fires.

Ethan Bayne, chief of staff for the Provincial Wildfire Recovery Task Force, said the area was “lucky the fire spared major elements of the region’s infrastructure. That includes the major hospital, the water treatment facilities and the airport.” He credited local officials and industries, notably the oil sands producers, with being responsive and responsible. “The province ran an operations command center for the fire response. In the event, private fire apparatus from industry were deployed.”

In all, about 40,000 claims have been filed from wildfire that began May 1 and was finally declared under control on July 5.

Standard & Poors reported that primary insurers “generally have sufficient available reinsurance coverage, adequate capital adequacy, and enough group-level support (for certain subsidiaries) to absorb the losses. However, insurers with a smaller premium base and more concentrated or outsize exposure to Alberta could face some strain and their ratings may come under pressure.”

A number of insurance-linked securities funds were also hit by losses from the wildfire, but it’s unclear as to the extent.

While fires continue to burn — there are forest fires all summer, every summer, in Canada and the U.S. — the focus in and around Fort McMurray has shifted firmly to recovery.

In the near term, the commercial focus is on rebuilding and restoration of the temporary housing needs to get business and industry back to capacity.

The IBC coordinated an effort by 40 or so underwriters handling claims to arrange a single contractor to demolish and clear damaged structures in the area.

The Alberta Energy Regulator recovery team is working with operators on start-up operational plans while monitoring regional air quality to ensure there is no risk to public safety or the environment, according to the agency.

Fewer than 1,000 of the nearly 90,000 people evacuated have returned following the lifting of the provincial state of emergency.

“From previous wildfires we have learned, unfortunately, that recovery is not quick and it is not linear,” said Bayne. “There are unforeseen and unforeseeable complications and delays.”

Fort McMurray is accustomed to boom and bust cycles, Bayne said, “but what we are facing now is a scale never before seen.”

“At the peak boom time of the oil sands development, the region saw 600 homes completed in a year. But even if we can repeat that, it would take more than three years to rebuild 1,900 homes. The short-term housing need is already being addressed.”

He added that the first milestone in provincial recovery will be a formal recovery plan due to be released in the middle of September. It will include preliminary assessments of the incident, and also a first look at major needs for recovery.

“I cannot emphasize enough our thanks and appreciation of the oil sands industry, the indigenous communities, and the Red Cross,” said Bayne. “Our role has just been to coordinate the work they have done with the regional municipalities.” & 5 Tech Tools that Can Help During Hurricane Season

Today's technology can go a long way in helping to manage the hurricane season. 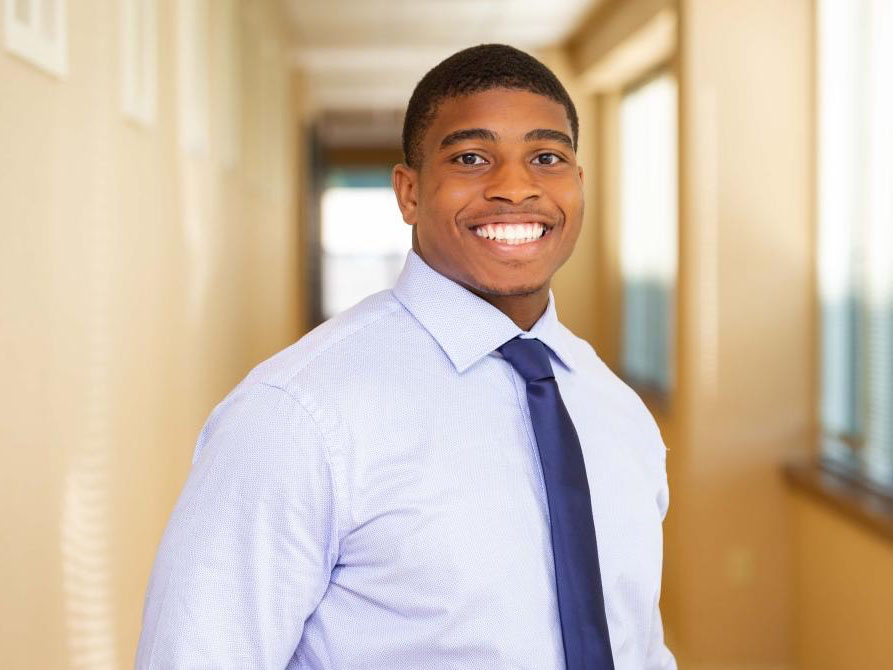