Tiger Woods Returned to Work After Back Surgery, Can You? Tiger Woods reigned supreme on April 14th at Augusta National, winning his first Masters title since 2005 and marking an incredible comeback for the internationally renowned athlete.

The road to victory was hardly a well-traveled one though. Woods has sustained several injuries that could have been career-ending, and his lumbar fusion surgery in 2017 raised questions about his ability to continue in the sport.

The progression of Woods’ surgeries is extensive. The PGA website lists his injury history in full, noting his first back surgery in 2014 to remedy a pinched nerve, a micro-discectomy in 2015, another back surgery in 2015 to “relieve discomfort,” and finally the 2017 lumbar fusion at L5/S1.

The procedure, relatively common in the workers’ compensation arena, has varying levels of success, particularly when viewed through the lens of return to work.

This begs the question, if Woods’ operation was a tally in the win column, does that translate to the average person who suffers a work injury?

The AMA Guides to the Evaluation of Work Ability and Return to Work urge physicians to consider the patient’s work ability before recommending surgery, explaining that, “while physicians are well-trained in diagnosis and treatment, most have received little or no training in how to evaluate their patients’ work ability.”

“It comes down to patient selection. You set the expectation of return to work, you give encouragement, and with that encouragement they can often return to work at full capacity.” — Dr. Ramin Raiszadeh, MD, a surgeon with the Spine Institute of San Diego

The AMA suggests framing the issues with the use of three terms: risk, capacity and tolerance.

Risk refers to the chance of harm to the patient, co-workers or to the general public if the patient engages in specific work activities.

Capacity refers to concepts such as strength, flexibility and endurance.

Tolerance is the ability to tolerate sustained work or activity at a given level and involves psychophysiologic assessment.

For Douglas Lurie, an orthopaedic surgeon with Orthopaedic Associates of New Orleans, tolerance is the most important of the three terms in Woods’ case. “The driving factor here is the third of the AMA factors, the tolerance issue,” he said.

“In other words, how much discomfort are you willing to endure for the benefits of returning to work. Tiger has the ability to recondition towards maximum capacity. The resources for most patients are not unlimited like they are for him.”

Lurie places the odds of a similar success story after a lumbar fusion surgery for workers’ compensation patients at below 50 percent.

A study published in the January 2015 issue of Spine bears this out, but also sheds light on potential reasons behind the disparity.

This suggests that the claims advocacy movement, with its focus on moving away from an adversarial model, is a better path toward positive outcomes for workers’ comp spinal fusion patients and others.

As evidenced by Woods’ quick succession of surgeries and his celebrity status, he likely had minimal delays in treatment and faced little adversity from a legal perspective, meaning that unlike most workers’ comp patients, he could dedicate his time to the psychophysiologic requirements of developing tolerance.

Ramin Raiszadeh, MD, a surgeon with the Spine Institute of San Diego and an avid golf fan, spoke in more optimistic terms about Woods’ success compared to the average person.

“It comes down to patient selection,” he said.

Raiszadeh added on the tolerance issue that it’s impossible to know ahead of time how the patient will respond, so surgeons need to look at the indications carefully.

“Pain tolerance is different for everyone,” he said.

“So I can’t accurately predict how much pain a person is going to be in after surgery.”

That unpredictability, along with the treatment delays typical in workers’ comp, can lead to disappointment on the other side of the knife, but the motivation of a champion can tip those odds. & 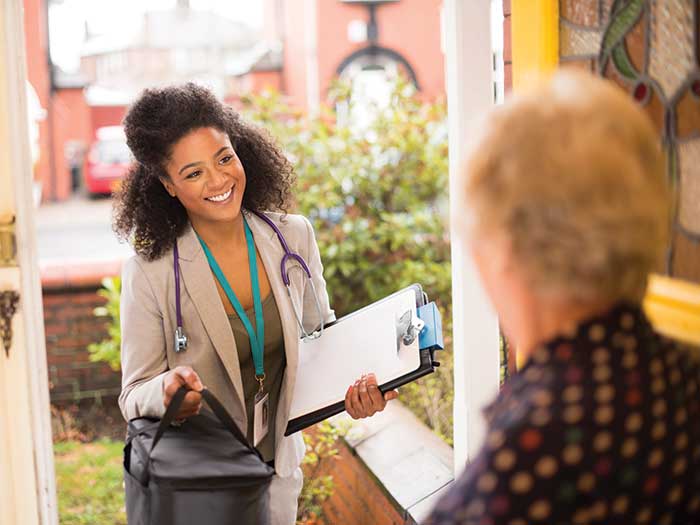