As if a pandemic weren’t enough of a headache for insurers, 2020 has seen an active hurricane season along the Atlantic.

Recently, the one-two punch of Hurricanes Marco and Laura swept the Gulf Coast near Louisiana, leaving destruction in their wake. Laura, which made landfall as a category 4 hurricane, left 26 people dead and many more injured. Then, Hurricane Sally struck Florida as a category 2 storm, causing property damage, runaway barges and numerous injuries.

There have been so many hurricanes, tropical storms and tropical depressions this year that the National Hurricane Center exhausted its list of storm names for the year.

“There are more category five, more category four then there have been before,” said Sean Harper, CEO of Kin, an Insurtech company that offers home insurance in areas prone to natural catastrophes. “They intensify more quickly … They can take you by surprise.”

Such an active natural catastrophe season makes it clear that living and owning a business on the coast is more dangerous than ever, but many don’t seem to care.

More than 50 million people live on the coast of the Atlantic Ocean or the Gulf of Mexico, according to recent U.S. Census data and the number of people living in coastal cities has risen every year since 2000, with the exception of 2005 — the year Hurricane Katrina struck.

Home buyers continue to purchase sought-after beach front property, despite the risks, and new businesses continue to take root in the sunny states along the Gulf and Atlantic Coasts.

As always, insurers need to determine what, if any, properties are safe to insure and encouraging insureds to take steps to reduce their property risk. When a claim occurs, digital tools can make investigating and resolving a claim safer and more efficient for all parties. These stronger storms bring an increase in property damage and uninsured losses. In 2019, natural disasters were responsible for $137 billion in insured losses and in 2018 they caused $176 billion, only $93 million of which were covered by insurance.

With an already disastrous hurricane season, 2020 is shaping up to see similar insured and uninsured loss rates. Hurricane Laura caused an estimated $12 billion in damages, and AIR Worldwide, a Verisk business, estimates that Hurricane Sally will cost insurers between $1 billion and $3 billion in losses to onshore property.

Recent storms inflicted major amounts of damage for a number of reasons. Warmer weather allows storms to intensify more quickly and to hang around for longer, leaving properties exposed to greater amounts of wind and rain.

“When a storm moves through quickly, it’s much less dangerous than when it sits there and you’re exposed to the storm — the rain and the wind — for a much longer time period,” Harper said.

Damage caused directly by hurricanes isn’t the only Nat CAT risk that properties face from these storms, however. The Pacific Coast, which usually doesn’t see hurricanes make landfall, can experience increased winds that contribute to already dangerous wildfires, according to Harper.

“The wind actually contributes a lot to the wildfires that we’re having right now. One of the main reasons why wildfires are burning more than they have before is that wind speeds have increased,” Harper said.

“That, combined with increased drought … has created sort of epic levels of wildfires these last three or four years.”

In the face of increased risk, many property insurance carriers are increasing their rates or pulling out of dangerous states like Florida or California entirely.

Three major property insurers have already filed requests to increase their rates by 26% to 30% this year, ABC Action News reports, and many in the Property and Casualty (P&C) industry expect premiums to rise as terms get tighter.

Added to the already hardening market, is the COVID-19 pandemic, which is still hectoring P&C insurers. When the pandemic first hit, many businesses owners turned to their property policies to provide relief using business interruption coverage. When they found out pandemics were excluded, many sued.

These cases are still being heard. Both insurers and insureds won’t know the outcomes for months, if not years. No one knows which way the courts will go, but property owners — especially ones in areas prone to Nat CATS — should prepare for rate increases, if they can find coverage at all.

To help retain coverage, insureds can take action to reduce the risks their properties face. Retrofitting properties with features like hurricane straps, impact windows and buttressed roofs can help make an individual building more likely to withstand storms, thereby reducing their risk and making them more attractive to insurers.

Insureds and insurers can also encourage policy makers to shift towards natural infrastructure, like wetlands, which can help absorb water and reduce flood risk. Increasing the amount of wetlands in cities that are highly built up can greatly reduce the risks of damages from storms, according to Harper.

“The way that we’ve built our cities, there’s just a lot more asphalt and a lot less wetlands,” he said. “You see this in particular in places like Houston. There’s just nowhere for the water to go because everywhere’s been built up.”

Property owners may be able to retrofit their buildings and try to reduce risk by encouraging shifts in infrastructure policy, but some claims inevitably will still occur.

“We see this as a trend that will continue, if not accelerate, unfortunately,” Harper said, “until we collectively can get our act together and start emitting less carbon.”

To adapt to a world with increased Nat CAT risk from hurricanes and tropical storms, insurers will need to digitize their claims processes.

Severe weather events create all kinds of obstacles to traditional claims investigations and processing. Drones, satellites, photos and videos can replace in-person damage assessments, which can often be challenging or even dangerous after severe weather.

Road closures can make it difficult for adjusters to reach their destinations and in cases where a home was destroyed, claimants may not have a physical address for mailing forms.

Claims can also be affected by manpower issues when numerous properties have damages. Hurricanes Harvey and Irma caused so much damage that there was a shortage of adjusters, Harper noted.

Digital claims platforms are more convenient for users as well, allowing them to check the status of their claims quickly so that they know when their repairs will be completed or when they will be receiving insurance money.

“You can’t change how long things might take to be repaired, but you can help move the processes and help people understand where they stand,” said Jamie Yoder, president of Snapsheet, a digital claims platform that helps automate some aspects of the claims process.

Switching over to digital systems can also be cheaper for insurance. Using photos, videos and images captured by drones to assess damage means insurers don’t have to pay an adjuster to go to the site. Digital platforms can also make processing claims more efficient which saves time and money.

“Oftentimes we’re not deploying individuals where you can do things via satellite,” Yoder said.

“It starts with the ability to investigate, in an expedited fashion, but also importantly, at the right cost.”

It may be some time, however, before carriers are prepared for both digital claims platforms and the severity of current weather events given the industry’s reputation as a technology laggard.

“The average insurance company in the United States is 100 years old. And they just have a really hard time responding when things change,” Harper said. Representations and warranties claims are not new, but understanding the trends behind an increase in claims severity is the first step in managing the risk. 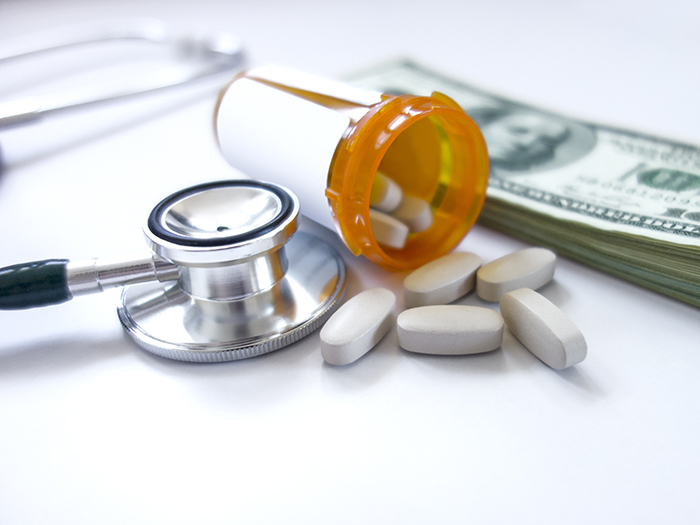