Because there was no official "terrorism" certification, policy exclusions were not triggered.
By: Joel Berg | December 1, 2013
Topics: Catastrophe | Claims | December 2013 Issue | Legal/Regulatory A strict reading of insurance policies could have compounded the pain suffered by two restaurants on Boylston Street, both damaged after homemade bombs killed three people and injured more than 250 others near the finish line of the Boston Marathon in April.

The restaurants’ policies excluded coverage for terrorism, said the attorney who handled their claims, Jim Harrington. And neither eatery had purchased separate terrorism coverage, said Harrington, a partner in the Boston office of Robins Kaplan Miller & Ciresi.

However, insurers ended up ignoring the terrorism exclusions, Harrington said.

Indeed, out of 27 commercial property claims and 133 business interruption claims filed after the bombing, none have been impacted by terrorism exclusions, according to the Massachusetts Division of Insurance. The data covers claims filed as of Oct. 18.

“I was impressed with the goodwill that the insurers extended,” Harrington said, noting that only one client’s losses exceeded the deductible. “In both cases, they agreed to adjust the loss and make a payment if the loss measured out as payable, even before receiving a request to do that.”

Policyholders are being advised not to count on the same response should there be a next time.

While most claims from the Boston bombing appear to have been resolved with less conflict than expected, insurers, brokers and attorneys have been warning clients about potential coverage issues exposed in the aftermath of the first major terrorist attack on U.S. soil since Sept. 11, 2001 — and the first test of federal laws and insurance policies crafted in response.

“Even though these have been pretty standard provisions now for over a decade since 9/11, there has been no occasion for them to be interpreted in a U.S. event,” said Nick Insua, a partner in the insurance coverage group at law firm McCarter & English in Newark, N.J.

“I think the fact that it won’t be certified, or has not been so far, is a win for policyholders, particularly small businesses.”
— Eamon P. Kelly, attorney, Sperling & Slater

The bombing in Boston was allegedly carried out by two brothers born in the Russian province of Chechnya but living in the United States. The older brother, Tamerlan Tsarnaev, was killed during a manhunt after the attack. As of press time, the younger brother, Dzhokhar Tsarnaev, was awaiting trial.

Attention has fallen primarily on the federal process for determining whether the event was terrorism.

The Tsarnaevs’ alleged actions were denounced as terrorism by elected officials, including President Barack Obama. But under the Terrorism Risk Insurance Act, enacted in 2002, insurance policies often require a formal declaration from the Departments of Justice, State and Treasury. The law, known as TRIA, offers a backstop for private terrorism policies if aggregate losses exceed $100 million.

The threshold for certifying a terrorist act is lower: aggregate property and casualty damage exceeding $5 million. P&C losses from the Boston Marathon bombing were around $2.5 million, according to the Massachusetts Division of Insurance. The event has not been declared a terrorist act under TRIA, and is unlikely to be, attorneys said.

“I think the fact that it won’t be certified, or has not been so far, is a win for policyholders, particularly small businesses,” said Eamon P. Kelly, an attorney at Sperling & Slater in Chicago.

Exclusions may not have held up anyway said another attorney who has handled Boston-related claims. Jon Cowen of Posternak Blankstein & Lund said that policyholders could have cited the lack of certification, among other factors.

“We don’t know what the ultimate purpose was of this violence that occurred,” Cowen said.

But not every policy hinges upon TRIA certification. Harrington said the exclusions in his clients’ policies did not depend on certification of the Boston Marathon bombing.

“Given the clarity and breadth of the terrorism exclusions, if invoked, they would have applied, and they would have prevented coverage,” Harrington said. The relatively limited property damage may have played into insurers’ decisions to ignore the exclusions, he added.

Even if they have terrorism coverage, policyholders could face challenges. They may be covered after events certified as terrorism under TRIA, but not after events that aren’t certified.

Following a non-certified event, businesses could be liable for damages between their deductible and the $5 million threshold set under TRIA, said Aaron Davis, a managing director with the brokerage firm Aon.

“For many clients, $5 million is not that big compared to their retentions,” Davis said. “For other clients that may have loan covenants requiring a much smaller deductible, it is a real exposure.”

The solution, Davis and others said, is a broader policy that offers coverage of non-certified events. That coverage is available on the stand-alone terrorism market, where policies are not backed by TRIA.

“We try to get that coverage as much as possible for our clients,” said Tarique Nageer, a senior vice president for brokerage firm Marsh Inc. in New York City.

Overall, he said, the Boston bombing sharpened clients’ interest in terrorism insurance. “I’m not sure if it’s resulted in a significant uptick in purchases,” he said. “But it’s certainly an uptick in trying to find out what the coverage is.”

“If you look at the statute, there has to be an intent to coerce the government or civilian population. Maybe we had that, or maybe we didn’t have that.”
— Brian Green, attorney, Edwards Wildman Palmer

Further driving interest in the stand-alone market is the pending reauthorization of TRIA, which expires at the end of 2014, Nageer added. Companies may want coverage that is not tied to the law, given that its renewal is uncertain.

In a survey undertaken this summer by RIMS, the risk management society, 69 percent of risk professionals said failure to renew the law would make terrorism coverage harder or impossible to find.

If the law is renewed, it should include a deadline for official declarations of terrorism, so insurers can act quickly after an event, said Bob Rheel, executive vice president and head of U.S. property & casualty for Aspen Insurance in New York City. If insurers are left waiting for certification, they could face complaints from customers, especially if elected officials have already described an event as terrorism.

“Insurance companies then have to make a decision to declare it one way or another by themselves,” Rheel said.

But while government officials may be able to estimate aggregate damage in a short time, other elements needed for a terrorism certification may be harder to pin down, complicating the task of certification, attorneys said.

“If you look at the statute, there has to be an intent to coerce the government or civilian population,” he said. “Maybe we had that, or maybe we didn’t have that.”

If a future attack inflicts greater damage, the government might face more pressure to issue certification, Green said. But the aims of attackers may remain murky, even if elected officials speak with clarity.

The Marathon bombing is not the first time insurers have had to grapple with a clash between political rhetoric and policy language.

In 2001, then-President George W. Bush decried the attacks on the World Trade Center and the Pentagon as acts of war, said Lon Berk, a partner in the McLean, Va., office of Hunton & Williams. “Not one insurance company invoked the war exclusion,” he said. “They understood that what they meant in their contracts was different from what people were saying in politics, and I think that that’s the same here.”

To help you prepare for 2022 and navigate what’s next, here are Enlyte’s top 2022 predictions. 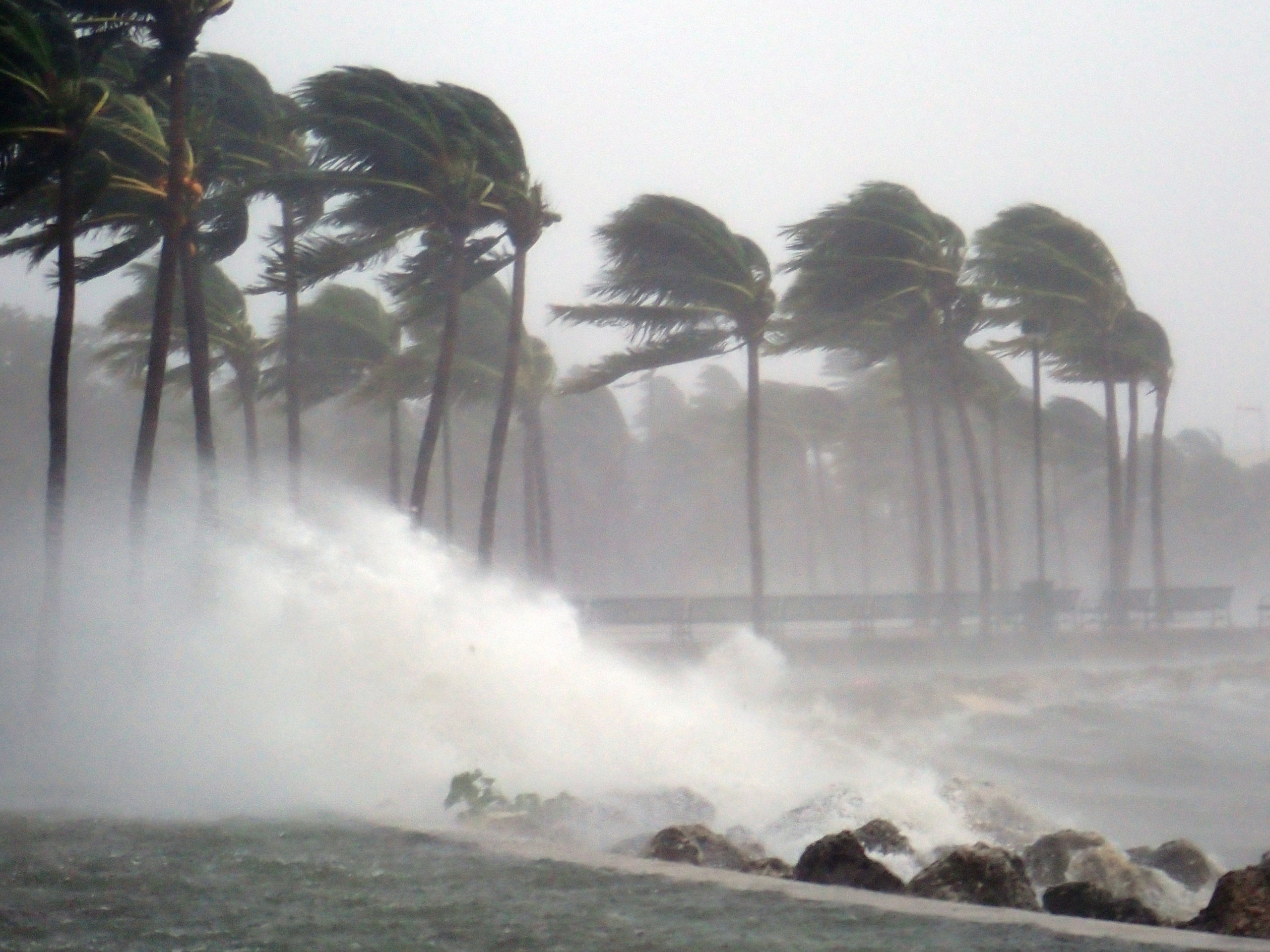 Reflecting on the impact of severe weather on development and property maintenance costs can be overwhelming. But tapping into natural defenses, even modestly, is essential to managing climate risks now and in the future. At Swiss Re Corporate Solutions, a combination of dedicated claims professionals and innovative technology platforms is helping make it easier to manage international program claims. AmTrust Specialty Program provides a full suite of coverage, claims and loss control services for hard-to-insure and niche risks that can be tailored to your requirements.