Prison Group Agrees to ‘First of Its Kind’ Settlement A corporate-level workplace violence coordinator position must be created for each of 42 prison facilities operated by a U.S.-based prison group. That’s part of a three-year agreement to protect its workers against violence.

OSHA announced the agreement with the Florida-based GEO Group after citations for safety violations were issued in June 2012. The citations followed an inspection that was prompted by a complaint. The company contested, leading to the agreement.

OSHA alleged that staffing shortages and other problems at a GEO prison in Mississippi resulted in “numerous incidents of violent behavior” against employees during routine interactions with inmates. According to the original citation, employees suffered from “bites, stabbings, and injuries to the head, eyes, face, hands, legs and body from hits, kicks, punches; exposure to bloodborne pathogens from human bodily fluids being thrown at them; and stress from exposure to workplace violence.”

The original citation included a willful violation for the company’s alleged failure to provide adequate staffing or correctional officers; fix malfunctioning cell door locks, which could only be opened from the inside by inmates but not from the outside; and provide required training and personal protective equipment to protect employees from inmates’ violence.

The settlement agreement requires the company to “implement comprehensive procedures and policies to better safeguard its workers against the hazards of workplace violence in every correctional and adult detention facility that it manages in the nation,” according to OSHA’s statement. The company must:

“This corporatewide settlement agreement will have a far-reaching effect and impact on correctional officers and other staff nationwide,” said Teresa A. Harrison, OSHA’s acting regional administrator in Atlanta. “This agreement is the first of its kind in the corrections industry that addresses the hazards associated with workplace violence.”

According to OSHA, the incidence rate for nonfatal occupational injuries and illnesses involving days away from work among correctional officers and jailers is more than 459 per 10,000 full-time workers. That compares to just 112 for the total private and public sectors.

The incidence rate for violence and other injuries by persons or animals is also much higher among correctional officers and jailers — 168.5 — compared to just 7.2 for the private and public sectors combined. 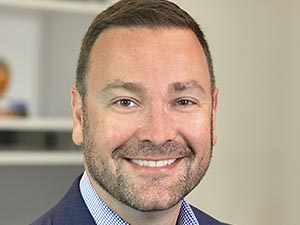 The CICA 2020 International Conference “Building on the Best” signifies the reality that making the captive insurance industry stronger and better prepared to address an array of emerging challenges and opportunities requires Building on the Best.