Overcoming Employment Barriers for the Disabled A contingent of California’s workers with permanent disabilities would prefer to work, according to the head of a panel seeking to increase employment among persons with disabilities. Due in large part to barriers about health care coverage and messages from some health care providers, they remain out of the workforce, taking a human and financial toll.

Advocates hope that their stepped up efforts — along with a presidential order, a new requirement for employers with federal contracts, and the Affordable Care Act — will spur an increase in the percentage of employees with disabilities.

“Many people with disabilities on Social Security disability can work and want to work but choose not to work for fear of losing their health benefits,” said Sarah Triano, executive officer of the California Committee on Employment of People with Disabilities. “Surveys show that 40 percent of Social Security disability beneficiaries are interested in working, but 20.1 percent cited fear of losing health insurance or Medicaid as their primary reason for not looking for work.”

Triano, who identifies herself as a person with a disability, was appointed by Gov. Jerry Brown to staff the committee charged with recommending policies to increase the number of people with disabilities working in California. She estimates about 20 percent of California’s workers with disabilities might be willing to work if they were not at risk of losing their health insurance, which is costing the state approximately $3 billion annually.

“California ranks last in the nation in terms of the labor force participation rate of people with disabilities,” she said. “Gov. Brown has made a proactive effort and a commitment to turn that around.”

“The federal regulations could light a fire under folks,” Triano said. “Employing people with disabilities is no longer just a good thing that is morally right, it’s now a benchmark that federal contractors are being judged against. People are paying attention.”

The California Committee on Employment of People with Disabilities is first focusing on the state workforce then the private sector. First on tap is the health care sector.

Triano said the hope is that targeting that industry might eliminate one of the reasons people stay on the disability rolls. Many people with disabilities, she said, are under the false impression they cannot work.

“A study out of the University of California at San Francisco asked, ‘why do you think you can’t work?’ An answer was ‘because somebody told me I couldn’t,'” Triano said. “In response to ‘who said that,’ 97 percent said ‘my doctor.'”

By increasing the percentage of workers with disabilities in the health care sector, medical providers will be more inclined to see and be working side-by-side with a person with a disability. “The representation of people with disabilities in California’s health workforce is currently 3.7 percent which means that most health professionals and paraprofessionals interact with people with disabilities as the recipients or consumers of health care but rarely as a colleague or health care provider,” Triano said. “We talk about culturally competent care all the time, but what would it look like if the health workforce in our state was actually reflective of the patients served?”

“Due to the nationwide expansion of health care and the corresponding end of preexisting condition exclusions, people with disabilities no longer have to go on welfare to get health care,” Triano said. “Californians with disabilities have access to affordable, quality health coverage without having to say that their disabilities prevent them from working.”

One of the biggest challenges to increasing the percentage of persons with disabilities in the workforce is overcoming employers’ fears. “What we are really seeing is fear over whether [the person with a disability] can do the job, and number two [the] cost,” Triano said.

A study by the Job Accommodation Network showed more than half of employers who called about accommodation information and solutions would have no cost for the accommodation needed. Of those accommodations that did have a cost, there was typically a one-time expenditure of $500.

“In fact, the majority of reasonable accommodations are less than $500, especially with new technology,” Triano said. “However, the minority of situations that require higher expenses to accommodate a worker with a disability are admittedly a concern for many employers.” 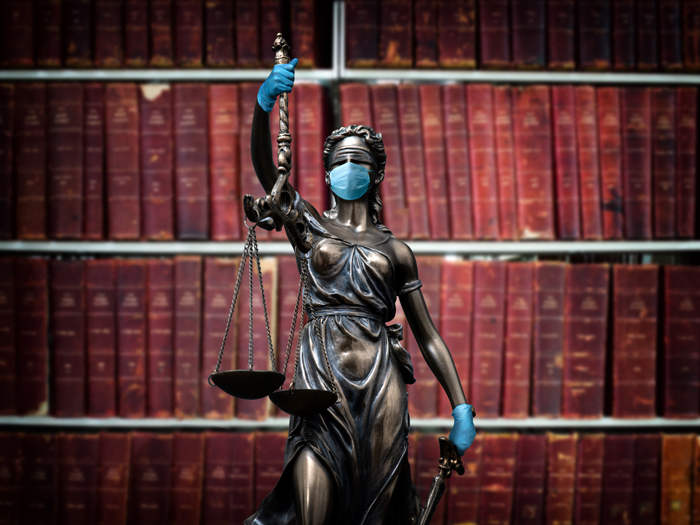 As the insurance industry faces a talent shortage, mentorship could be the key to helping young people find their footing in the industry. CBD is being hailed as a solution for everything from chronic pain to the opioid epidemic. But what do we really know about the cannabinoid?