Opinion | Why So Many Horses Are Dying at Santa Anita (And Every Other U.S. Track): And What To Do About It The news that a 23rd horse died during a race at the current Santa Anita meeting in Southern California sent a shudder through an industry that is already reeling from customer base loss and runaway reputational damage.

That many runners dying in a three-month period at the U.S.’s most beautiful track (sorry, Saratoga) is first and foremost an equine tragedy, but it is also a public relations nightmare. It’s also indicative of a colossal risk management failure by the horse racing industry in this country. I’ll get to that point in a bit.

Conversations are now flying back and forth about the causes. Was it the heavy rain in February? Is the track surface in Arcadia, which has been vetted, vetted again and declared suitable for racing, somehow mysteriously and suddenly not a good surface?

Appalled and chagrined, racing officials are now taking action, debating a ban on whipping and prohibiting the use of Lasix at Santa Anita on race days. Lasix is a bleeding inhibitor, (as in respiratory bleeding) but it can also be used to mask the presence of other medications, such as stimulants or pain blockers.

Banning the whip and Lasix are good measures, and perhaps, sadly, they are too little too late. Because the problems with horse racing in the United States run far deeper than what’s been going on recently at Santa Anita.

Like many resources in this country, the thoroughbred breed, a captive of human greed, has been exploited to the point that it can’t take it anymore. For decades, we’ve been breeding with an emphasis on speed rather than stamina and racing horses in a way that demeans their native power: generosity of spirit and tremendous heart.

Filing horses into a metallic starting gate, hustling them out of there as fast as they can scramble with the hope they can make it to the finish line in one piece is no way to treat these animals. But that’s what we do, every day, at race tracks all across this country.

Watch the conclusion of a six-furlong $5,000 claiming race at Charlestown, Penn National or Emerald Downs, and what you will see is a group of leg-weary horses, trying their best to finish and being whipped repeatedly in the process.

It’s no wonder breakdowns occur under these circumstances. Poorly bred, over-raced, exhausted horses being whipped toward the finish line is not a sport; it’s an exercise in sadistic exploitation.

If you ever get the chance, take in a race from Ireland. Sure, they use a starting gate at some tracks, but at just as many or more, there is no gate. The horses, herd animals that they are, are allowed to mingle and gather together. A cord marking the start is raised, and then dropped. Off the horses go, over distances of a mile and a half, two miles or more, run over grass, the surface horses are meant to run over.

Sure, they’re flying at the end, but that’s what they’ve been held in reserve to do over that longer distance.

It’s very much a race, but it’s a humanely run race. Rarely do we do that in this country.

The relationship between humanity and horse goes back over millennia. Horses have carried our warriors, helped plow our fields, delivered our milk and when handled properly and in partnership with a good jockey, can provide some of the most thrilling moments in sport.

(Watch a clip of Sunday Silence and Easy Goer battling it out over the length of the stretch in the 1989 Preakness some time. The race is so good, it’s hair raising.)

What Can Be Done

Here is what we must do across the country, at every track — not just Santa Anita — if we want to save this partnership of beautiful motion and undying heart that is thoroughbred racing.

1) Abolish the Whip: Horses are born to run fast and will do so willingly if you give them enough care, including nutrition and rest. There is no reason or need to whip thoroughbreds.

2) Police Medication Abuse With Extreme Prejudice: The days of “hoppin’ (stimulating) and blockin’ (pain),” as an old trainer described it to me once, must end. The use of steroids, stimulants and pain blockers in thoroughbreds is rampant and it needs to be curtailed.

3) Breed for Stamina: Again, look to England and Ireland and how racing is handled there. Horses running at a slower pace over distance on grass break down at a much less frequent pace than horses running sprints on dirt as is so common in the U.S.

4) Reconfigure America’s Tracks — Or Build Some New Ones: The dirt ovals we’ve been using for decades in this country result in less interesting racing and more breakdowns. Let’s reconfigure some of our major tracks, where there is real estate to do so, to break up the dirt oval track and create more turf tracks with less radical turns. Once again, look at how racing is done in the United Kingdom.

5) Book Longer Races and Fewer Sprints: A horse and rider in flight is a beautiful thing no matter what the speed. Let’s change the style of racing from this “hustle out of the gate” mentality to more gradual beginnings, races over a distance of grass and more heart-pounding finishes.

It’s no wonder breakdowns occur under these circumstances. Poorly bred, over-raced, exhausted horses being whipped toward the finish line is not a sport; it’s an exercise in sadistic exploitation.

6) Stop Using Starting Gates: It’s in the DNA of horses to fear tight spaces. That’s where the lion and the wolf ambushed them. They use their speed to escape. Loading them into a starting gate is psychological torture. And a lot of accidents are happening in starting gates as horses rear up in the unnatural surroundings and injure themselves and their riders.

7) Stop Racing Horses as Two-Year-Olds: We start racing horses when they are way too young, before their systems are fully developed. Subjecting horses to the strain of racing and training at the age of two is bad for the development of their leg structure. Even holding the demanding Triple Crown Races for three-year-olds is too much, too soon. More horses have been ruined by being run at the age of three in the Kentucky Derby than have been immortalized by winning it.

Looking at the Big Picture

In many ways, what is happening with thoroughbreds in the U.S. is what is happening to our planet. Our planet is warming and producing fiercer storms, because we have abused and exploited it for too long by digging for and burning fossil fuels. We have eradicated entire species, polluted our oceans, upset our ecological balance and now everyone is paying the price.

Thoroughbreds are strong and they have heart. But even they can only take so much. The breed has been degraded and exploited to the degree that it is literally breaking down, right in front of us.

That horses are dying in the spotlight of the Santa Anita racetrack, that gem at the foot of the San Gabriel Mountains, is an example of Karma with a capital “K.” We wrote, directed and produced this equine tragedy over decades. Now it’s time for a script rewrite.

In Maryland alone, an economic impact study by the American Horse Council estimated that horse racing contributed $1.3 billion to that state’s economy, supporting 21,000 jobs. Saving this breed and this sport means saving, or conserving, billions of revenue dollars nationally and hundreds of thousands of jobs.

There are lots of people in this country who love horses dearly and want to do what’s best for them. It’s their move. 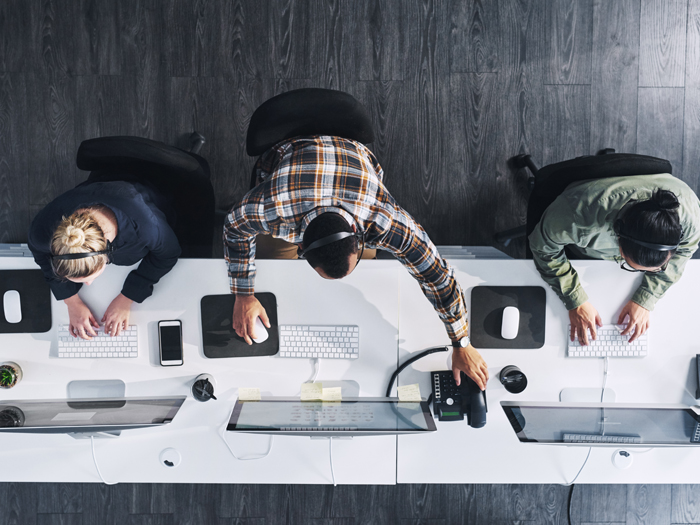 Is Worker Advocacy Really a Strategic Shift or Just a Passing Fad?

At NWCDC, panelists talked about establishing open communication with injured workers ... and keeping it. Asset managers and depository institutions have a wide variety of organizational structures and a myriad of exposures, making it challenging for independent agents to design coverage plans.