Big changes in global energy markets and the infrastructure needs of developing nations are driving large-scale construction projects globally. The building blocks for many of those projects must move by sea, a perilous passageway with the potential for massive losses.

Soft insurance rates and plenty of capacity erase any notion of project cargo insurance as a commodity. It’s in the engineering and project management that carriers win the business. “In many insurance lines, loss control and risk management are reactive but in project cargo, it is very proactive, especially for us,” said Steve Weiss, now senior vice president, marine, for Aspen who spoke to Risk & Insurance® when he was a senior vice president for Liberty International Underwriters.

“Engineering is the life cycle of project cargo, from the time of submission through underwriting, post binding and execution.

“You don’t make money in project cargo on rates or terms and conditions, you make money on project management,” Weiss said.

Not that anyone is making a great deal of money in project cargo at present.

“There is more than ample capacity overall, but there are still a limited number of major players that prefer to lead the largest projects. Rates are more competitive than they were several years ago, but still are at a viable level where profitability can be maintained.

“Terms and conditions are always being tested by the marketplace. Some can be adjusted, but some are very specific to project cargo, such as survey warranties.

Without those in place, coverage becomes so broad that we just won’t entertain the specific risk.”

Weiss concurred: “There is plenty of capacity to build any tower you need, up to $1.5 billion or so. But there are only a handful of lead underwriters.”

By definition, project cargo varies practically with every shipment. Wolfe said that Allianz is seeing activity in all regions. In Asia-Pacific and Africa there are quite a few projects related to quality of living, water filtration, power generation and transmission. In South America and Australia, there has been a lot of bridge and tunnel construction, while the Middle East is seeing more rail building.

“In the last year, we have seen a lot more activity in plant upgrades and expansions,” said Wolfe, “whereas a few years before, we saw more greenfield projects. We continue to see jumbo projects, like the natural-gas liquefaction projects, but have seen much more activity in small to mid-sized ones.”
The project cargo market is notable for the high-profile moves of huge, expensive, heavy, fragile and unusual items.

John Michel, marine underwriting manager for Global Special Risks (GSR) Group, a subsidiary of RSG Underwriting Managers, said those moves tend to go well because there is often just one shipment, and every one is paying close attention.

That was not always the case, he said. “A few years ago we had a project shipment of a complete factory being moved from North America across the Atlantic. It was thousands of parts in many shipments. We just knew there were going to be some loss(es) because of the numerous shipments.”

Michel added that GSR was able to implement a program, and handle any claims.

The highly variable nature of the project cargo market also means that any given move can be expensive to cover.

“We just bound a contract for a big generating plant,” said Kevan Gielty, president and CEO of Coast Underwriters.

“The overall market is soft, but in many projects such as this one there is heavy exposure in lag time if anything went wrong. So the pricing for that policy was firmer than we have seen recently. In cases where premiums are more competitive, there is an even greater emphasis on loss control.”

Gielty noted a continuing trend in project cargo is manufacturers offering coverage. This is not new, but in a soft market every competitor is a factor. Some very large utilities and energy companies will simply self-insure to a point and only go to the market for excess.

“We typically get involved in the delay-in-start-up [DSU] component,” he said.

“When the U.S. was slow, Latin America was busy, especially expanding power sectors, most notably in Brazil. Now we are anticipating an uptick in Mexico as the energy sector is liberalized.”
— Steven Weiss, senior vice president, marine, Aspen

“That is not written alone because we need to be involved in the whole process.”
Weiss said that “North American rates have declined the last five to six years. The high was in 2007-08, and they are down 15 to 20 percent since then, although relatively flat so far this year. The U.S. and Canada have seen a decent uptick in project cargo because of power generation and natural gas.”

Different regions can often be countercyclical, he said. “When the U.S. was slow, Latin America was busy, especially expanding power sectors, most notably in Brazil. Now we are anticipating an uptick in Mexico as the energy sector is liberalized.”

Even as underwriters track geographic and sector changes, they are also seeking new types of business.

GSR has recently begun to write stock throughputs. “We cover every aspect from procurement through delivery,” said Michel.

“It is a bit more of a challenge for the underwriter, but it simplifies things for the insured. This is definitely a growth area for us.

“Another extension of the project cargo market is contractor’s equipment. The energy markets in London can be expensive, and they are focused on windstorm.

“Covering that through the cargo market gets away from restrictions of geography and storm. It also moves to a market where there is ample capacity and moderate rates.”

Despite the current conditions where terms and conditions are broad and rates are trending down, Michel is sanguine.

“These trends will catch up with the industry at some point, it cannot go on forever.”

One of the interesting — and challenging — aspects of project cargo is that it can be counterintuitive.

For example, globalization of green energy might seem to be a boon, but Wolfe noted that more and more solar arrays and wind-turbine components are being made in each region, so the coverage of those moves tends to be within the engineering and construction policies, rather than in the deep-sea marine realm as it used to be when only a few places had industry capable of making such components.

“Mining is still active in North and South America, as well as sub-Saharan Africa,” Wolfe said, but again there can be an overlap with construction.

“In many regions, the biggest challenge of a mining or manufacturing project can be the adequacy of roads and bridges necessary to get components and then raw materials in, or production out.”

The variable nature and size of some coverage also makes project cargo unusual in that lead underwriters have to adapt their organizations to a large project.

“We have to consider deployment of our own resources even before we bind,” said Wolfe.

“By the time we have a contract, we have already had multiple conversations with our loss-control team. They are an integral part of the underwriting process. They might identify 40 critical items in the project that could require 100 or more surveys in total.”

Given the size and scope of Allianz, the company naturally prefers to use its own people whenever possible. But that still requires adaptation by the underwriters and marine loss control.

“As a result, we move our people around globally as needed,” said Wolfe.

“That varies with the size and type and number of projects. There can be hundreds of surveys required on different projects in different parts of the world at similar times.”

“Managing a project is a very fluid environment, modes of transit and shipping schedules change, the people change, even the risk managers. We constantly have to match people to risks and risks to people.”
— Kevin Wolfe, global head of project cargo, Allianz Global Corporate & Specialty

Adding a fourth dimension, “nothing ever stays the same over the course of a multiyear project,” said Wolfe.

“Managing a project is a very fluid environment: modes of transit and shipping schedules change, the people change, even the risk managers.

“We constantly have to match people to risks and risks to people. We do have a short list of outside vendors that have been vetted by our head of marine loss control, but even then the internal dialogue stays lively throughout the life of each project.”

Insureds can deploy risk management as well. There are several service providers that aggregate and analyze exposures and losses.

“We use analytics to look for patterns and events that cause losses. Insureds can use those to identify sources of exposure. Then, if there is a loss, the software can be used to report a claim, and it will get the loss reports and supporting documents to the underwriters.”

One of the new targets in project cargo risk management is tracking near misses, said Phil Wiedower of Origami.

Near-miss data is often held within an owner’s records, but tends to get overlooked because there is no claim, he said.

“Owners are looking to understand what risks to retain and what to transfer. Knowing the near misses as well as the loss history is important in the transfer cost-benefit analysis,” Wiedower said. 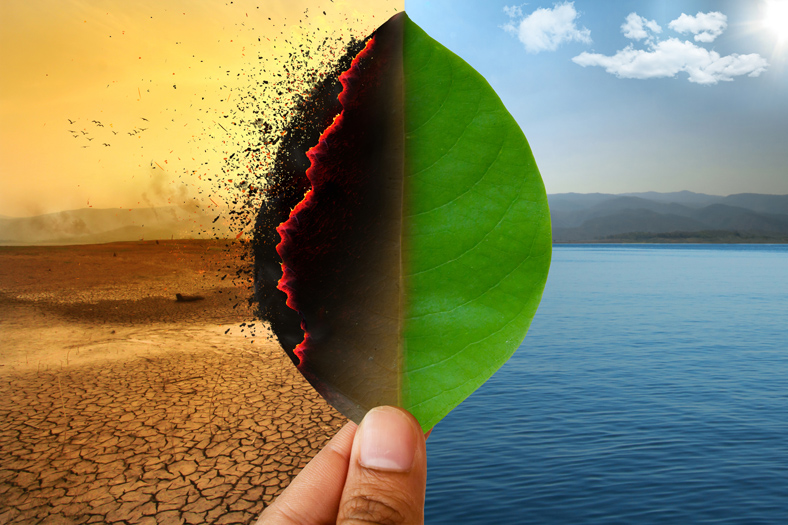