Axiom Medical recently hosted a webinar entitled “What’s Driving Irrational Thinking and Mass Casualty Events” to discuss what is causing this violent behavior and how to protect ourselves and our workplaces.
By: Maura Keller | June 22, 2022
Topics: Crisis Management | Employment Practices 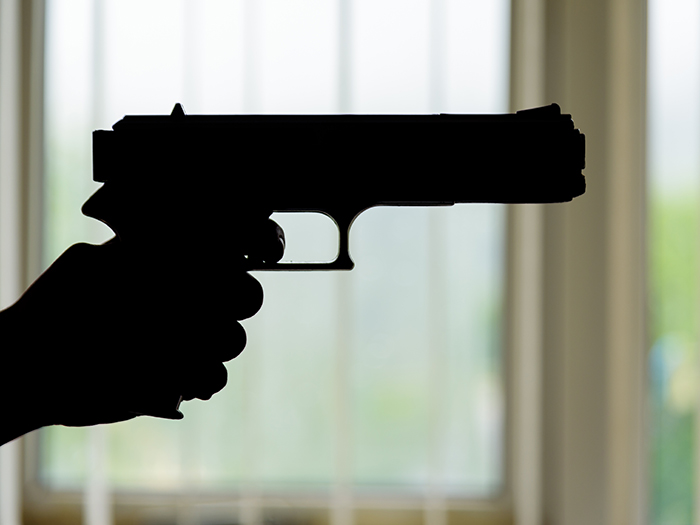 As of this writing in mid-June, the number of mass shootings that the U.S experienced in 2022 sits at 233. That number will surely grow before this piece is edited and published.

Axiom Medical recently hosted a webinar entitled, “What’s Driving Irrational Thinking and Mass Casualty Events,” to discuss what is causing this violent behavior and how to protect ourselves and our workplaces.

“The standard definition of a mass shooting is an incident in which three or more people are killed by gunfire, including the perpetrator,” said Dr. Les Kertay, senior vice president, behavior health, Axiom Medical.

“In 2020, the first year of the pandemic, we saw quite a decrease in the level of violent crime. And in the second year, we saw quite an increase. It’s too early to tell if that’s continuing on. It’s important to note that violent crime in general, even though we’ve had this bump, is at historically low levels.”

That said, mass casualty events are happening everywhere – from small towns to large cities, from schools to grocery stores, and it is hard to predict when and where an event is going to occur.

The short answer to the above question is, quite simply, no. At the same time, it’s a complicated answer.

“One of the things that’s really important to know when we’re talking about violence in general, as well as mass shootings, is that there really are two different kinds of violence,” Kertay said.

“Most violence is actually affective, and we can, in fact, predict that type of violence with some behavioral observations. We can see people begin to deteriorate, and often it will be amenable to mental health treatment.”

On the other hand, predatory violence is typically well-planned, it’s carefully thought out and it’s usually telegraphed – not always, but usually the perpetrator will let people know that they’re thinking about this kind of violence.

“And typically, predatory violence is not a mental health problem,” Kertay said.

“We want to say ‘it’s mental health,’ because imagining somebody taking weapons and shooting multiple people is just too hard for most people to imagine themselves in that position. It’s so different than most people’s understanding that the violent person must be mentally ill. In point of fact, this type of a violent person is not typically responsive to treatment. We need to figure out ways to stop those people from doing what they’re doing and intervene in a different way.”

Kertay stressed that while it is vital to have conversations about having access to mental health care, when we begin to have that conversation around mass shootings, it just increases the stigma around mental health.

“And in fact, people with mental health conditions are not more likely to be violent in general. So, I think that’s really, really important to remember,” Kertay said.

“We all know people who yell in every meeting. That’s probably not something I get concerned about. But when someone who’s typically quiet begins to blow up, I pay attention,” Kertay said.

“On the opposite side, some signs include unexpected indications of isolation and people withdrawing from other folks. In both affective violence and predatory violence, isolation is a huge component. That’s really important to pay attention to.”

And when we’re talking about mass shootings, it’s much more common that people have indicated to someone – nowadays often on social media – that they have intent.

“That’s actually quite rational to them, yet it looks terribly irrational to us. But if you follow the logic, it’s actually quite logical. And the way to intervene, if there are any kind of warning signs, is to stop the person from carrying out what to them is a rational act. Every single time somebody says something about that, we have to take it seriously,” Kertay said.

As far as active shooter recommendations or any kind of event that’s produced a mass casualty event, you want to be aware of your surroundings. Anthony Merino, vendor manager, Axiom Medical, and sergeant first class, United States Army (retired), said it is vital to be aware, be prepared, and if you see something, say something.

“Observe any warning signs. If you’re familiar with the area, understand what is standing out to you that may present a potential issue. And always have an exit plan,” Merino said. “If you have the ability to obtain certifications like CPR, First Aid, or Stop the Bleed, do so.”

You also always want to have an emergency operation plan in place for your organization, whether that’s something similar to a fire drill or, like in hospitals, having different codes for different situations.

Merino advised companies to develop a plan and effectively train the appropriate people based off that plan.

“You want to train often and you want to try to make it as realistic as possible and take it as seriously as possible,” Merino said. “You want to be prepared and ready to act. You’ve got to get that muscle memory going, so train.”

If you find yourself in an active shooter situation, the first thing you do is run and get away from the situation.

“If you hear gunshots, screaming, or whatever it may be, don’t freeze up. Try to get away from the noise. Figure out where it’s coming from and move away from it,” Merino said.

“Find the nearest egress route, whether it’s a window or a door and try to exit as quickly as possible. Also stay away from fatal funnel zones like crowded entry doors and exit doors.

When you do exit, go to your rally point. Keep your hands visible if you’re approaching police officers to show them that you don’t have anything in your hands.

“If you do see the shooter or whoever the perpetrator is, give the police a description of what’s going on, so they have some info before they enter the building,” Merino said.

“While you’re in there, you want to develop a plan. Are there weapons nearby or fire extinguishers, other things that you can use to defend yourself?” Merino said.

If your company is unfortunate enough to experience a mass shooting event, you might want to peruse this Risk Scenario, Risk & Insurance published in 2015, which deals with communication strategies in the aftermath of a mass workplace shooting.

Change Starts with Us

As conversations continue about the mass shooting incidents in the U.S., companies are turning their attention to their risk and steps they can take.

In addition to the above, the Axiom Medical team stressed the importance of remembering that the basic foundation of leadership is understanding those that work with you, under you, and beside you. Know them and understand them, be a part of them, leading from the front.

“If you’re not doing that, then that’s the first problem right there,” Kertay said. Do You Want to Empower Workers to Prevent Injury? Teach Them that Exercise Is Medicine

This National Comp session discussed how employers can best equip their workers to lessen the frequency of neck and back injuries. Top experts from Carisk offer a whole-patient perspective on the effective care and management of complex polytrauma claims in workers' compensation.