Former collegiate head basketball coach Pam Borton knows that for many athletes, the mental game is just as important as the physical game.

Her focus on developing resilience and mental toughness in her players led her team at the University of Minnesota through numerous NCAA tournaments where they achieved three straight Sweet Sixteens, an Elite Eight and a Final Four finish over the span of her 12-year career.

“Eighty percent of your success is between your ears,” Borton said. “It’s the mental game, and I think when you take care of that, we’re all so much more successful.”

Now as president and CEO of the executive leadership and coaching firm Borton Partners, Borton is trying to teach companies that their employees’ mental health is just as important for success as their physical well-being.

“It’s a game changer. It’s a critical leadership skill that every leader and individual should develop and strengthen,”she said.

“The tools that I’m able to give my clients and organizations to implement actually work in changing  people’s mindsets and they really propel people and help them thrive so that they get to the next level.”

Building Resilience On and Off the Court

As a coach, Borton had to help her players develop mental toughness so that they could deal with all of the successes and failures that come with a college basketball career.

In a game, successes and failure can come quickly. A player can throw a successful three-pointer one minute and have the ball stolen by an opponent the next. Fans are highly responsive critics, cheering when players succeed and booing whenever they miss a shot. After a game, reporters scrutinize a player’s every move and assign blame for losses.

All of the pressure gets intense, and without a coping strategy, it can take a toll on a player’s mental health.

“I had to develop mental toughness for each one of my elite athletes to compete at a high level,” Borton said. “They had to be able to embrace failure, to be able to take risks and fail, and understand that that’s how you grow quicker and get better quicker.”

By focusing on building her player’s mental toughness, Borton was able to lead her team to success.

“I had to build that mental toughness so that they could bounce back quickly in the middle of the game or the middle of a play or from one minute to the next. You’ve got to be able to bounce back so you can compete at that high level,” she said.

When she was looking to transition out of coaching, Borton realized the same resiliency tactics she was teaching her players could be applied to the business world, where more and more people are experiencing burnout. A recent report from Gallup found that 76% of employees experience burnout on the job sometimes, and 28% say they feel burnt out “very often” or “always” when at work.

“I was able to take a lot of my experience from the sports world into the boardroom,” Borton said.

“I’m able to take my real experience and give them some of the tools they need to implement into their lives to help replenish some of that energy and be proactive with burnout.”

Borton’s strategy of building resilience and mental toughness in employees approaches the issue of mental health and wellness from a preventative standpoint. If you build mentally tough employees now, then they will be able to weather the stressors of tomorrow.

In a world that’s constantly being disrupted by new technologies, new jobs and new ways of life, the ability to adapt quickly without stressing out your brain and your body is a critical skill.

“Change is happening so much faster than it was just a month ago. That’s why resilience is so important for people’s mental health, their well-being, the happiness,” Borton said.

Building resiliency and mental toughness in your employees allows employers to prevent mental illnesses in much the same way that they would try to prevent physical ones. Borton believes this approach can create healthier, more productive employees and companies.

Treating mental health challenges from an injury prevention standpoint can also reduce the amount of physical illness and injuries your employees experience.

Gallup’s report found that mental health challenges also frequently transition into physical health challenges, with employees who frequently experience burnout being 63% more likely to take a sick day and 23% more likely to visit the emergency room. Another study found that burnout increases the risk of developing atrial fibrillation, a heart condition characterized by a fluttering, quickened or quivering heartbeat, by up to 20%.

“Burnout is happening,” Borton said. “You lose people because of sickness. They won’t be able to come to work. And because of that you lose company culture, you lose happiness and engagement, you lose confidence and you lose the connectedness that people have together.”

Mental Toughness: The Cornerstone of Her Career

Building resilience and combating burnout isn’t just a professional interest of Borton’s. It’s also a personal one. During her time as a Big 10 coach, she experienced burnout due to the intense level of scrutiny she faced.

“As a coach, I had to build mental toughness and resilience, because it was a highly public, highly visible and highly scrutinized position,” she said. “I didn’t know it at the time, but I was able to put strategies and implement my own routines and rituals in my own life to manage the burnout fatigue when I was coaching at the high level.”

When she transitioned out of coaching and into her career at Borton Partners, Borton once again needed to call on her resiliency skills.

“I’m most proud of my transition. I’ve had tons of success as a coach, but being able to transition from the sports world to the business world was a huge accomplishment that not many people have done,”  she said. “I’m proud to have had the resilience and mental toughness to be able to do that.”

Her personal experience with burnout is what drives her to help others tackle the illness and it helps her remain focused on the goal even when the issues her clients face are deeply complex.

“I continue to learn and be a lifelong learner, and I think the more complex the challenge or the issue is, the more I get excited about it, because you’re able to make a bigger impact for the people,” Borton said.

“It’s not about me, it’s about everyone else around me — watching other people succeed and reach their goals and do more than they ever thought they could.  For me that’s extremely rewarding, to see other people flourish.” & 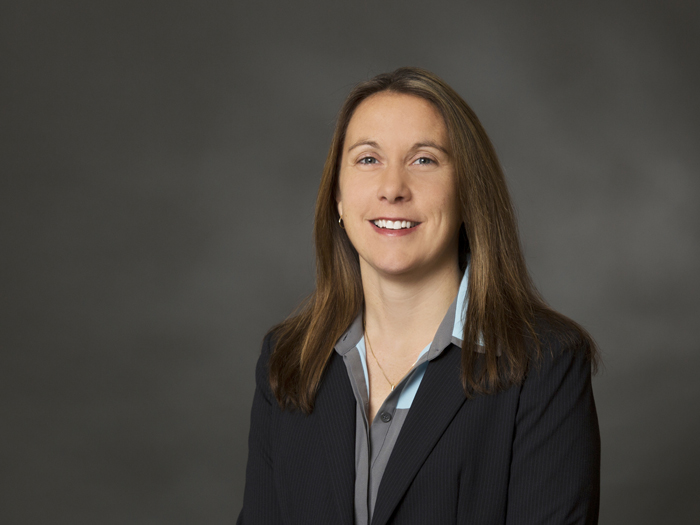 Allied World hires a new senior vice president and head of U.S. Programs, Kids' Chance of America names its 2020-2021 president in this edition of People on the Move.