The Case: Back in 2016, news broke of a long-running scandal at Wells Fargo involving the creation of accounts that customers never signed up for — and in some cases didn’t know anything about.

Sometimes that involved the use of forged customer signatures, or purposely incorrect contact information so the “customer” wouldn’t learn about the unauthorized account, according to the Wall Street Journal. It led to a thorough investigation by the Justice Department and the Securities and Exchange Commission.

Scorecard: On February 21, Wells Fargo agreed to pay $3 billion to settle the investigations.

Takeaway: The settlement brings some closure to a scandal that rocked the financial world and seriously hurt the bank’s reputation.

“Wells Fargo for years enjoyed a reputation as a folksy industry darling that catered to Main Street customers. But that reputation was left in tatters after the sales scandal became public,” the Wall Street Journal reported.

It also said that legal action against individual former executives could still be in play. Meanwhile, the regulatory problems for the bank aren’t finished — but this settlement is a major milestone.

The Federal Reserve has capped the bank’s growth and “settling with the Justice Department and SEC could allow the bank to focus on persuading the Fed to lift the cap,” the Wall Street Journal said.

The Case: Uber’s insurance company claims that 52 people either staged hit-and-run accidents involving Uber or simply made them up.

James River Insurance is seeking to avoid paying out the claims, which add up to more than $75,000, according to a report by The State.

The lawsuit even says that many of those 52 people had personal relationships with one another. The State outlines one incident in the lawsuit claiming “an Uber driver was in cahoots with two Uber riders in her car, plus the driver and two passengers in another car that allegedly ran a stop sign at Duke Avenue and Mountain Drive and collided with the Uber, causing almost $9,000 in damage to the Uber driver’s car.”

Scorecard: The case has just recently been filed so there’s no telling how it will play out.

Takeaway: If something appears off about a claim or series of claims, do your diligence.

The Case: The National Association of the Deaf accused the Massachusetts Institute of Technology of discriminating against deaf or hard-of-hearing people by not adequately captioning the videos of lectures and other content they post online.

The organization said “people who were deaf or hard of hearing couldn’t benefit from the school’s wealth of online educational resources because they had inaccurate captions or none at all,” according to the Washington Post.

Takeaway: The National Association of the Deaf reached a similar deal with Harvard University recently and it could lead to other universities either being sued by the organization or proactively adding captions to their online content.

Did IHOP Worker Really Get Injured While Working?

The Case: Jonathan Quezada, a cook at IHOP, claimed he broke his clavicle while cleaning inside the restaurant. He received more than $22,000 in workers’ compensation payments after the injury.

Scorecard: The California Department of Insurance investigated and found surveillance footage of Quezada wrestling with a coworker and becoming injured in the process.

Crime Voice reports that “Quezada was arrested for multiple felony counts of insurance fraud and workers’ compensation insurance fraud. He was booked at the Sacramento County Jail.” 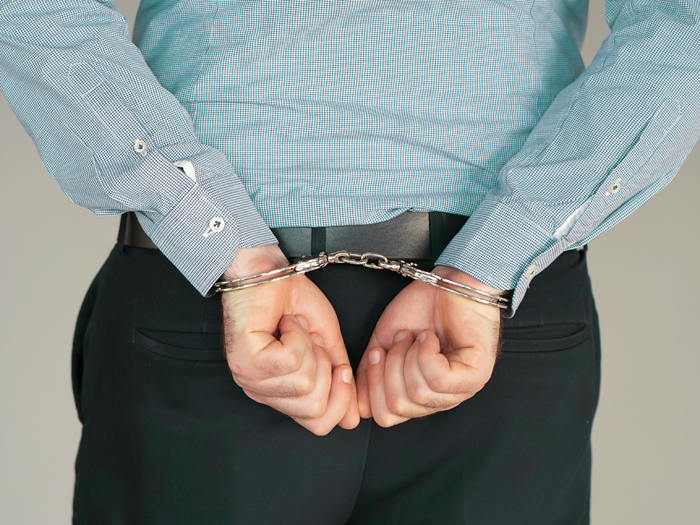