Companies that limit their ergonomics efforts to promoting employee safety are missing an opportunity, say experts. In fact, employees in these situations may feel stressed to use a new system that may result in lower production levels.

Instead, ergonomics environments should equally promote worker well-being and improvements to organizational productivity. The result is a synergy that maximizes both outcomes.

“Implementing ergonomic principles in an occupational environment can directly benefit the worker and the organization by reducing physical and mental strain, lowering the risk of occupational-related injuries and illnesses, and improving work performance,” stated a new report.

“By embracing the principles of ergonomics, and establishing a positive ergonomics climate, organizations can enhance both operational performance and employee well-being.”

The findings are included in a study from researchers at Colorado State University and were published in the journal Applied Ergonomics.

While previous research has focused on the relationship between an organization’s value for employee well-being and workers’ self-reported pain, the authors said few, if any, studies have compared how the values for performance in addition to well-being can work together to predict work-related outcomes.

Researchers from Colorado State University conducted two rounds of questioning at a large manufacturing facility. After an initial pilot test, the authors asked questions of more than 1,000 workers. One year later, they returned to see what, if any, changes had occurred. More than 700 workers participated in the second round of questioning.

Questions reflected the ergonomics concept of designing and modifying work to improve the focus of interest, performance or well-being.

Performance-focused ergonomic climate, or PE, included things such as maximizing productivity and efficiency, quality of product or service, sustainability as a company, maintaining a competitive edge in the market, and completing the tasks necessary for the organization to succeed.

Well-being focused ergonomic climate, or WE, referred to a focus on ensuring the employees were healthy and happy, including reducing their injury and illness risks, addressing quality of work and life issues, improving job satisfaction and supporting work-life balance.

“Employees may resist a new tool or process that reduces injury if they think it will cause them to work more slowly and miss production targets.”

“Through a series of steps we developed the ergonomics climate assessment,” they wrote, “then piloted, refined and obtained preliminary validation evidence for this new assessment.”

The questions consisted of an equal number targeted to PE and WE, placed side by side. The workers were also asked if they had experienced work-related pain within the prior 12 months. The researchers hypothesized:

“Good ergo practice involves understanding that the whole is usually greater (more useful, powerful, functional) than the sum of the parts,” the authors wrote. “This understanding is consistent with our findings that PE and WE facets of ergonomics climate were conceptually distinct but interrelated so much so that incongruence between the two resulted in poor outcomes.”

The perception that either well-being or performance was favored can result in work-related stress and create symptoms of work-related pain, according to the study. For example, a company that emphasizes facets of performance sends a message to workers that production is more important than their own well-being. Emphasizing well-being over performance can be equally as stressful.

“This may cause stress if an improvement is seen as a threat to productivity,” the study said. “For example, employees may resist a new tool or process that reduces injury if they think it will cause them to work more slowly and miss production targets.”

Companies should employ ergonomics improvements that look equally at a worker’s performance and his overall well-being, the authors advised. This systems approach to occupational ergonomics designs and implements productivity gains concurrently with worker well-being goals.

As an example, they said that manually attaching hydraulic hosts to a subassembly with a hand wrench can be performed faster by increasing the expected yield of the worker, which would likely lead to greater hand fatigue, work stress, and poorer quality.

By using a systems approach to ergonomics, a redesign may include the use of a power driven wrench that results in greater output, less physically demanding hand motions, and less worker stress.

Creating and implementing such a system can help companies identify areas for improvement. In the case of the manufacturing facility used for the study, the first round of questions revealed a poor ergonomics climate assessment score in one production department. The company undertook an intervention of engineering and administrative changes to correct the problem.

The results of the second round of questioning indicated “a significant increase in both PE and WE facets of ergonomics climate for that production department,” the authors wrote.

“Thus the ergonomics climate assessment may be a practical and useful tool for organizations looking to understand and improve their ergonomics climate. This tool can be used as a baseline to assess the effectiveness of organizational efforts focused on improving ergonomics as well as a measure to assist in the prioritization of ergonomics interventions during periods of limited resources.” 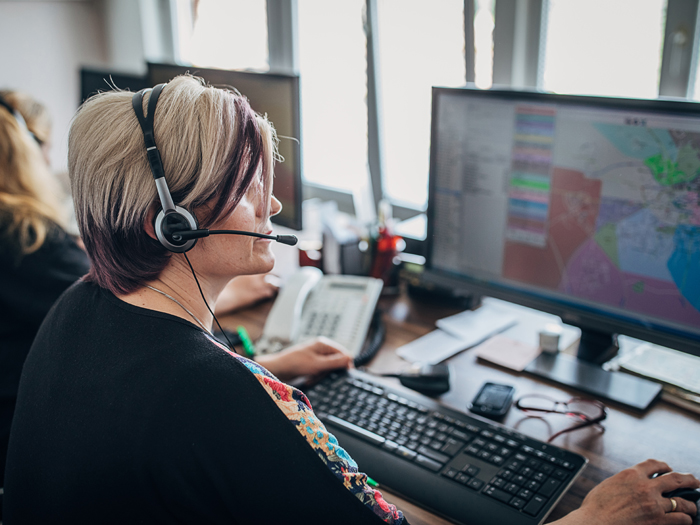 An emergency dispatcher suffering from PTSD seeks workers' compensation for her mental injury but is denied.