Vice Media has grown to become an international digital and broadcasting company with unique insurance requirements.

These are catered to by Aaron Baum, VP of JLT Specialty USA, who put together a custom-tailored global risk program for Vice, providing 16 lines of coverage covering the client’s feature film and television operations in 33 countries.

Each film, television show or live event presents its own set of exposures, which extend to the world’s danger zones as he has also procured coverage for television productions filming in war-torn nations such as Syria, Iraq and Somalia.

Baum and his team also created a program for TV production company Roush-Wagner, the name behind Showtime at the Apollo, and assisted events producer LiveStyle in constructing a global program for outdoor music festivals around the world.

“Having worked with Aaron more than 10 years, he has made my job in production a lot easier by always providing solutions to difficult situations,” said Jim Roush.

“From dealing with live ammunition being fired on a competition reality set to dealing with an A-list musician being sick and losing a week of shooting, Aaron always handles everything with a calm demeanor and positive attitude. I know my back — and other areas — is covered.”

Trevor L. Mattice, an associate at Rupp Baase Pfalzgraf and Cunningham agrees. “It is difficult to properly insure risk if you do not have a comprehensive understanding of the business. Aaron’s ability to connect the dots sets him apart.” A documentary filmmaker declined for E&O coverage by more than 10 markets was informed that the project was uninsurable.

But those rejections failed to deter HUB’s Seth Cohen, who set up screenings for multiple insurers to identify areas of concern. He also brought in a respected media attorney to advise on the project.

Working together with all stakeholders, Cohen and his team successfully negotiated an insurance program that allowed the filmmaker to screen their film at a major festival, obtain global distribution and win major awards.

“Having worked with Seth over the years, I have come to rely on his knowledge and expertise throughout the production process,” said Paul Taylor, SVP for Lighthearted Entertainment. “A recent production incurred a significant loss due to a weather event. With Seth’s guidance, it was quickly back up and running and the claims process was much less daunting.”

“Seth, on so many occasions has gone above and beyond to ensure that my shows have the coverage needed or requested by the network, even when it is asking for coverages not usually in the realm of entertainment,” said Isabel San Vargas, EVP, head of production and operations at Propagate Content.

“Not only can I count on his advice to be accurate and experienced, but whenever I’m in a situation where we get back quotes that seem ridiculous or impossible, one call to Seth and my problems miraculously dissolve.” “However, until this year it had never been necessary for me to protect against loss of revenue and expenses due to the potential cancellation of events at one of my company’s real estate venues utilized by the entertainment industry.

“My own due diligence identified Paul as an individual with significant experience in this space. His hands-on style of approaching business and strong technical knowledge of commercial insurance in this niche market is excellent.”

Clorox sought a wraparound production program for their advertising and marketing.

“Paul guided us with extending the program, by phases, to cover the company’s advertising productions worldwide, resulting in significant savings while having broader and consistent cover for all advertising projects.” Reviving the fortunes of the city of Detroit has been central to the work taken on by Sherry Loughrige and her team at Aon.

Loughrige works with Little Caesar Enterprises; Ilitch Holdings Inc. and The District Detroit, which since 2014 have undertaken the revitalization of 50 city blocks, a new hockey arena and more.

Loughrige placed a multi-million-dollar owner controlled insurance program (OCIP) that allowed all contractors to roll into it. This provided ease of administration and lower insurance costs, enabling the project owner to enjoy the savings.

The construction project has been a boon for the city of Detroit, while the insurance program designed by Aon to address all the construction needs/projects has been completed safely and on schedule with each phase.

“The valuable risk management program support and innovative resources provided by Sherry and her team have certainly contributed to the success of our transformational project and helped address the myriad of exposures it presents,” said Mike Niehaus, director of risk management, Ilitch Holdings.

“Sherry has been a major influence in keeping our insurance costs and policy coverage in line with our changing landscape in the automotive world,” said Gary Caldwell, CFO for Dakkota Integrated Systems.

“She also was instrumental in securing a new workers’ compensation carrier with potential annual savings of $1 million to our bottom line.” This year, he developed an insurance program to cover all film shoots for Airbnb Inc.’s marketing and online content globally.

The online marketplace and hospitality service hadn’t previously carried production insurance, so there was no track record to present to underwriters.

R’bibo and his team were nonetheless able to develop a blanket policy covering everything from ziplining shoots to surfing footage.

“We have operations across the globe, with shoots happening last minute simultaneously on multiple projects on multiple continents almost every week,” said Airbnb’s Bo Wright. “To say that our program is complicated is an understatement.

“We’re thankful to have Daniel as a trusted advisor to guide us through the design phase of our program and serve as an operational partner we can count on. His team provides white glove service to our producers and are always keen to educate and ensure that we all work together in a way that enables the business and accelerates our production cycle.”

Beau Marks of the University of California, Los Angeles (UCLA) department of film, television and digital media, said that R’bibo has also helped in explaining to UCLA and its students the importance of workers’ compensation insurance. This year, David Wash and his team at  Zodiac Insurance Services have been working to find insurance solutions for entertainment companies that use mobile equipment and inflatables.

Wash reports that the challenge has been developing products in an almost non-existent insurance market that has been through significant periods of losses. Underwriting profitably in an industry segment that has not been kind to predecessors requires creativity, diligence and attention to detail.

Zodiac met with U.S. manufacturers to learn about their offerings and safety protocols, implementing the latter as mandatory. Wash believes that working both with them and also inspectors and emergency experts has prevented a number of potential accidents.

At Lloyd’s of London insurer Beazley, senior underwriter Richard Everall reports: “Beazley have been very fortunate to partner with Zodiac on this project. It is rare to find the level of passion, detail and care for the customer that David and the Zodiac team bring to what remains a very challenging sector.

“Zodiac continually refine the existing market by developing and testing new solutions which, coupled with their fast-growing network and market support, has built the well-respected Managing General Agent that Beazley enjoys a strong relationship with and has done all the way back to the company foundation.

“We can expect to see Zodiac bring many more innovative ideas and products to market in the coming years.”

The complete list of 2019 Power Broker® winners can be found here. 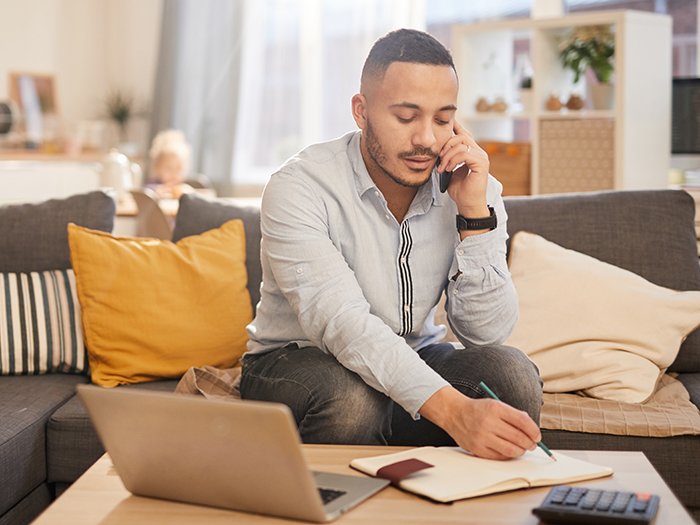