William Barnett was instrumental in several significant positive developments to one client’s insurance program this year, said its global director of risk management. For starters, he was able to engineer an 8 percent premium decrease on a program that was already reduced by 12 percent the prior year.

“As our program premiums are in the multimillions, this was a considerable savings again this year,” the client said.

Significant policy improvements were also achieved, including the implementation of product recall coverage as well as a newly obtained cyber policy.

“Considering the size of our company and the already broad coverage prior to this renewal year, he still delivered these savings and improvements,” the client said.

Another client was in the process of evaluating its business model after a spin-out from a larger company. The company had significant legacy pollution liability risks to be managed, particularly as the company looked to convert some non-core assets to cash.

It is often the case in the energy and process industries that undesirable situations, either financial or physical liabilities, are fobbed off onto a spin-out entity.

To protect the balance sheet and satisfy creditors, Barnett and his team developed a surety bond program to encompass all environmental liabilities. During the process of divesting certain assets, the client developed a portfolio environmental program to cover certain environmental risks. That adaptation in turn made divestitures easier. During the course of a complex spin-out for one of Bobby Bierley’s clients, “the decision was made that we needed to switch to occurrence cover for each company,” said the company’s manager of risk and insurance.

The budget was set at $1 million.

Bierley suggested splitting the program in two and having two occurrence-based towers. To cover each company’s historical liability, there was a sunrise endorsement covering all occurrences from 1986 until the present, making this first year of coverage very important.

“We liked that because run-off policies have a limited reporting period,” said the client.

Bierley was able to negotiate this for no additional premium.

In another situation, a client spun off about half of its business and drastically changed the company’s risk profile.

“We faced challenges with our casualty-fronting carrier, which sets the table for the entire excess-liability program,” said the chief risk officer. “Bobby quarterbacked the effort with his London colleagues to broker a brand new market for us.”

He did so while improving the terms, conditions and price. That effort was following up another great effort during the company’s spin-out in 2015 where they converted the GL/XS program to occurrence from claims-made without losing any historical coverage and for minimal price. A client of Michele Cowen’s was going through difficult times, eventually filing Chapter 11. That created significantly higher risk in the D&O and fiduciary coverage lines. Cowen not only renewed the existing program, but put together a “tail policy” for when the company emerges from bankruptcy.

“Even in better times, Michele never ceased to surprise us with excellent results on our executive risk programs,” said the company’s director of insurance and ERM. His wasn’t the only company Cowen helped through tough times.

“We made the difficult decision to file Chapter 11,” said one director of risk management. “Michele was able to pre-negotiate a run-off for the program in place, and get the carriers to commit to an extension even though no one knew at that time the date of the filing.”

It all worked smoothly, and the feedback the client got from outside coverage counsel was that it was the best coverage they had ever seen. The client added that once the smaller company emerged from bankruptcy with an all-new board, Cowen was able to keep all the major incumbent underwriters in the program.

“Until we switched our business to Michele, our D&O program had been managed by another broker for over a dozen years,” said one CFO. “She was able to deliver significant improvements to our endorsements, which was our primary objective.”

In addition, Cowen took a policy “that was already priced in the top quartile relative to our peers and reduced our cost by more than 25 percent.” Paul Finnett helped one client achieve a $1 million savings in their 2016 renewal during difficult times in the oil and gas industry.

“The renewal was further complicated by significant reductions in insured values, which underwriters were not happy about,” said the director of risk management. “Nevertheless, Paul was able to help obtain coverage enhancements to our program.”

That kind of a home run seems to have been par for the course for Finnett.

“Paul has been a value-driver for us,” said a CFO. “Paul has helped us reduce our brokerage fees and our insurance premiums, both important as we reduce costs in a down market.”

Specifically, the client was able to eliminate a dual system with an administrative broker in Houston, where it is based, and a market broker in London and consolidate with Finnett.

Notably, Finnett helped the client revise its cyber coverage, “becoming the first in our industry to achieve some asset coverage where it has historically been excluded,” said the CFO.

For another client, pollution liability was a serious concern. There were issues with wording in a very gray area in the policy, said the risk and insurance manager.

“Paul was able to get new wording, not just a clarification, but a full amendment at the first layer.”

He then got the rest of the tower to accept the same wording as in the primary layer.

“That sounds like common sense but it was something we didn’t have for eight years,” the client said. The struggles of companies in the energy sector have caused some underwriters to reduce their exposure. Jeremy Gayser saw the writing on the wall and advised one of his clients that the lead carrier on its tower was likely to pull back. In the end, it happened sooner than expected. But fortunately the groundwork had already been laid for securing a new lead.

“The replacement of our international lead required good relationships with a lot of markets and extra effort,” said the company’s director of risk management.

A new lead was secured, at terms favorable to the client. Gayser also negotiated policy form provisions that were important to the client into the lead’s forms.

At the other end of the scale, it can be a steep challenge to secure savings or improvements in terms for clients without precipitating departures.

“This year, our property renewal was quite complicated,” said a director of insurance.

The company went into the renewal with a very aggressive pricing structure. Many of the underwriters pushed back on the pricing originally, but Gayser was able to fight for his client and ended up with premium savings greater than expected.

“His negotiation skills and knowledge of our industry enabled him to produce an excellent outcome for my company,” the director said.

With all the shuffling around, Gayser was also able to land a big new client, with more than $3 billion in project values, by winning a good, old-fashioned request for proposal. Take all the dangers of the oil and gas industry — the hydrocarbons, the extremes of temperature and pressure, the heavy equipment and the constant motion — and put them out in the field many miles from any resources or help, and that is the pipeline business.

“We had a serious, life-threatening injury at a location where we were working,” said the safety manager of one client. “The person eventually had a full recovery, but Brian was instrumental in making sure that a situation that could have been a huge problem for us, even could have cost us a major client, was handled smoothly and without fuss.”

Tanner had experts on site the next day and helped create a comprehensive report. His attention to detail helped establish that it was not, in fact, a workplace injury, the client said.

Another client suffered a different kind of loss, the sudden death of a senior executive. As family, friends and colleagues grappled with the loss, management relied upon Tanner to support other executives through an urgent succession, including a renewal complicated by underwriters reducing exposures in the energy business.

Those declines also imperiled the very existence of another client.

“Brian and his team helped us significantly by working with the carriers on what seemed like a daily basis, helping us work through the cash flow and other issues,” said the CFO.

“That allowed us to remain in business and continue working our contracts,” he said. As we approach the holiday dedicated to celebrating mothers, employers must create a supportive workplace for these superhero employees. 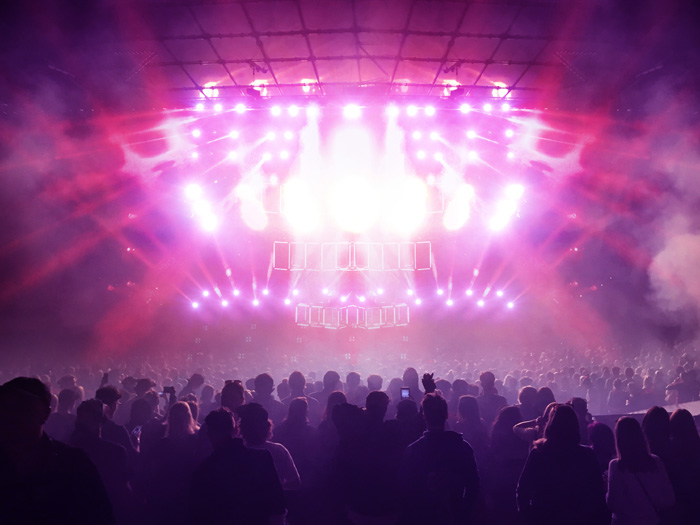