Wearables have been gaining traction in the construction industry as powerful safety tools, but will employees buy in to the hype?
By: Nina Luckman | November 9, 2020
Topics: Construction | Employment Practices | November 2020 Issue | Risk Management | Technology Wearable devices, ranging from smart watches to full exoskeletons, have been gaining traction in popular culture for over a decade. Now, the construction industry is providing the still-fledgling industry with a new consumer group — and a new purpose.

“Construction has lagged behind in the use of all technology, but it is starting to pick up as we start to realize the benefits from an OSHA standpoint and from a health and safety of workers standpoint. As that grows, the data will be much more convincing.”

The increased data pool provides workers’ compensation and general liability underwriters with an opportunity to cull the essential from the forgettable, in partnership with their clients through pilot programs, some of which have created lasting change.

Industry Leaders Taking the Next Step with Wearables

Justin Gress, director of strategic operations – North America Insurance for AXA XL, led a pilot program using a Samsung smartwatch for a large contractor that resulted in some surprising findings.

“One of the reasons why we do pilots is to understand the impacts of technology or services on our customers and ourselves,” said Gress. “We’ve seen for example with the Samsung pilot, a high degree of acceptance and interest in trying something new. You didn’t see watches lying around, you saw people genuinely interested and curious. That was exciting to see.”

“There are lots and lots of innovations from start-up companies and the industry is still very much in its early stages.” — George Brogmus, science and research risk control, Liberty Mutual

The impetus for wearable technology in construction is primarily safety, and that’s for good reason.

OSHA statistics reveal that 21.1% of worker fatalities in 2018 were in construction — that is, one in five worker deaths that year. The leading causes of private sector worker deaths (excluding highway collisions) in the construction industry were falls, followed by struck by object, electrocution and caught-in/between.

OSHA calls these risks the “Fatal Four,” and they were responsible for 58.6% of construction worker deaths in 2018, according to BLS reports. Eliminating the Fatal Four would save 591 lives in America every year.

Additionally, wearables are emerging as a human resources solution for COVID-19 related concerns, allowing construction employers to continue operations in the new normal.

“Prior to COVID, we were moving beyond just piloting and moving toward a wearables strategy and thinking about it in some cases on a large construction project or even potentially from an enterprise-wide perspective, and that’s only increased since the COVID-19 outbreak,” Gress said.

“Companies that prior to [this pandemic] may not have even considered wearables are now considering it. One of the things [wearables] can offer from a COVID perspective is to potentially identify when workers are not social distancing and with contact tracing.” Another market leader taking a step to provide data sets and sponsor research is Liberty Mutual. Its construction underwriting leadership has discovered that the range of reasons that construction employers are interested in wearables is, and should be, highly personalized.

“Construction is one of those industries that is affected by the pricing environment in our insurance market, so contractors are really looking for ways to demonstrate how they stand out from the crowd and improve their overall loss experience,” said Ben Beauvais, chief underwriting officer, construction for Liberty Mutual. “And for our underwriters, a lot of it is differentiating their risk from the average in the pool.”

What Is the Best Wearable?

That differentiation can take many forms, so George Brogmus, science and research risk control for Liberty Mutual, emphasizes a step-by-step process to determine the best wearable for each employer.

“The first priority should be not to look for technology that’s interesting but instead, to look at what the high-level risks are within your organization,” he said.

“And then to look at features of a wearable that might address that risk you’ve identified. The next step, of course, is vetting vendors and making sure they have evidence of the benefits they’re claiming.”

Brogmus said there are clear winners in the market in this regard, and others that are likely to fade out over time.

“Probably the ones that have the best scientific-basis are the risk assessment wearables. The kind of wearables that have emerged as the most useful in this regard have been the ones with IMUs [initial measurement units], which allow the capturing of the motion of a worker,” Brogmus said.

“These have been primarily used for assessing manual material handling risk. The other category is occupational risk exposure to things like silica dust, and NIOSH has developed some wearables there.”

Indeed, a NIOSH Science Blog article on the CDC website highlights the use of wearable technology with related sensors for both behavioral and environmental risks, explaining that, “By combining sensors with location or video information, specific work tasks can be evaluated as a potential source of exposure. Direct-reading and sensor technologies can monitor exposure to harmful chemicals or substances and empower workers to have a better understanding of their work environment.” This, in theory, could decrease the likelihood of musculoskeletal injuries, an important focus area given that the construction industry experiences about 20% of all reported injuries, while employing only about 6% of the nation.

However, benefits can only be realized if the technology is adopted wholly by the employee population.

This finding tracks with anecdotal evidence for an additional insurance heavy-hitter running pilots. Toby Cushing, head of construction at The Hartford explained that in his program, “We have found that construction workers are interested in safety and have not run into issues with buy-in or using the wearables aside from occasional forgetfulness.”

Cushing further emphasized that employee buy-in is likely to be more successful if management understands the potential for technology to fail or even impede what it was meant to improve.

“Occasionally there are technology or connectivity issues on site, and we have not tried to force contractors to use a wearable when it’s not working or when it is getting in the way of working properly,” Cushing continued. “If the Insurtech is not additive, we have agreed to not using it, and our flexibility has been appreciated.”

As the wearable technology industry experiences the growing pains common to all start-up industries, standards will emerge, but it’s fair to say that the significant interest from major insurance players stands to test it.

“There are really no standards in the business right now,” Brogmus said. “There are lots and lots of innovations from start-up companies and the industry is still very much in its early stages. Data standards, data collection, commonality of data, inputs, it’s all very nascent at this point.” & Biometric Data Webinar: What Are the Risks and Rewards?

COVID-19 screenings are arming employers with more biometric data than they’ve previously collected. Register for this free, on-demand webinar to learn the risks of  biometric technologies in the workplace.

California’s Green Insurance Products: What They Mean, What They Can Do The RIR Protocol: A New Tool to Combat Workplace Discrimination The 2020 At Large Power Brokers

This year, 18 brokers from across the brokerage field were named as the 2020 At Large Power Broker winners. An additional six brokers were named as finalists. 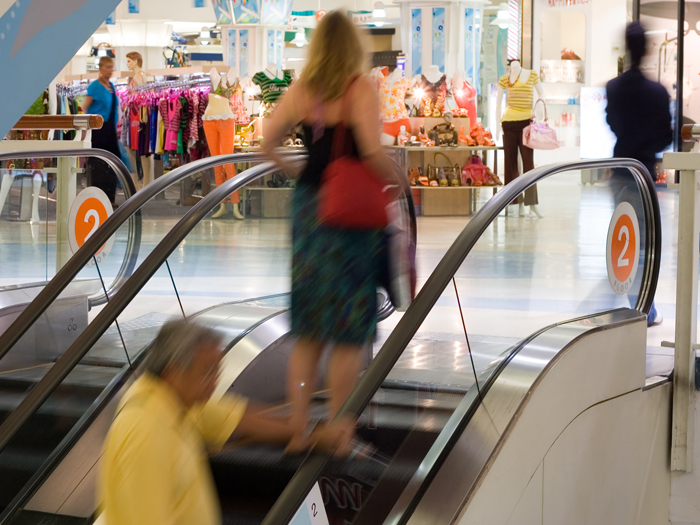