Sureties are holding their own during today's economic instability, despite some hardening in the commercial surety market.
By: John Hintze | November 10, 2020
Topics: Construction | COVID-19 Following uncertainty at the start of the pandemic, the surety markets, and especially surety-supporting construction projects, have fared surprisingly well, but that could change without further government help.

Early on, when lockdowns stalled the economy and oil prices plummeted, there were a slew of bankruptcies among companies in vulnerable industries. As a result, commercial surety, highly profitable over the last several years, has since “hardened” — less capacity, tighter terms and higher pricing.

Concerns mounted that construction surety would follow similarly when hard-hit municipalities, counties and states in the Northeast and Mid-Atlantic halted construction projects in the first few months of the pandemic. Construction makes up approximately 70% of the overall surety market, and the industry expected an increase in claim severity and frequency.

But that hasn’t happened — yet.

“We haven’t seen a big change,” said Mark Munekawa, president of the National Association of Surety Bond Producers and surety manager at insurance broker Woodruff Sawyer & Co. “Some contractors have had issues and some sureties have had losses, but we haven’t seen a hardening like in commercial surety.”

Partly, that’s because the strong economy before the pandemic was a boon for privately and publicly funded construction, giving contractors plenty of cash, and partly because public works were quickly deemed essential and recommenced.

In addition, construction firms entered 2020 with large backlogs of jobs that have kept their subcontractors and crews busy. The Paycheck Protection Program, a part of the Coronavirus Aid, Relief and Economic Securities (CARES) Act, has filled in any gaps.

“Most contractors report some degree of COVID impact but are expecting reasonably good results this year — not as good as they could have been, but reasonably good. We have not heard of anyone reporting catastrophic results,” said Jim Tressel, SVP and chief underwriting officer at Liberty Mutual Surety. There are concerns, however.

After rebounding from last spring’s lows, the economy shows signs of slowing down, with hiring and consumer spending waning. Likely to compound that trend, CARES Act funding has run its course — a provision that expired Sept. 30, for example, has resulted in airlines recently laying off thousands of employees.

“Everyone is wondering, ‘How do we get our backlog for 2021 and 2022, with state and municipal budgets under stress now?’ ” Munekawa said. “From a surety standpoint, there’s uncertainty over the availability of new construction starts going forward.”

Some Relief for Cities, States and Municipalities

Some relief has arrived. At the end of September, President Trump signed a continuing resolution bill to fund the federal government through Dec. 11.

Michael Cundiff, SVP of surety at Philadelphia Insurance Companies, noted that the bill also extends by a year the current funding for the Surface Transportation Assistance Act and provides additional $13.6 billion in funding to the Highway Trust Fund.

“This extension should provide some relief to cities, states and municipalities that have been impacted by the pandemic,” Cundiff said.

However, more federal relief is clearly needed. Delays are emerging in private and public construction, and some municipalities, counties and states have decided to delay and even cancel projects, Cundiff said.

New York City is a prime example, he added, since its revenues from tax and public transportation have plummeted.

“So we’re starting to see a ripple effect. Municipalities feel they don’t have the money to support these projects, and they see future tax revenues impacted,” Cundiff said, adding that the surety division for Philadelphia Insurance has re-forecasted 2020 revenues from construction surety to be 3% or 4% less than originally anticipated.

“Not material, but less than what we had hoped for,” he said.

A Need for a Second CARES Act?

David Hewett, U.S. surety leader at Marsh, said commercial surety providers have started to “retrench” from COVID-19-impacted sectors such as retail and travel and leisure, as well as energy and especially the coal-mining subsector.

That hasn’t happened yet on the construction side, he said, but declining public works are a concern.

“That makes a second CARES Act important, especially for construction and also for other industries hit particularly hard by this downturn,” Hewett said.

“We’ve seen some losses but not yet a major impact. If there’s a long-term slowdown, then I think everyone anticipates that impact to increase.”

So far, he said, surety pricing hasn’t changed much, and the focus has instead been on mitigating exposures by requesting additional collateral and/or reducing those exposures. Even without a second CARES Act, Hewett sees the economy steadily improving and so those mitigation efforts continuing at a similar pace, rather than accelerating.

“But if we were to see a dip, unemployment shoot back up, and financial strains increase, then we could see that acceleration,” he said.

Adjustments Being Made to Meet the New Norm Meanwhile, surety providers are monitoring contracts carefully and making sure they are aware of changes in contract provisions, whether with project owners or general contractors. For example, Tressel said, new limits on the number of workers and subcontractors on a site at any given time may result in delays, so who is responsible for that?

“Sureties are absolutely talking with their customers, saying, ‘Look at these new contracts and make sure you understand their force majeure provisions,’ ” Tressel said, noting those provisions freeing the contractors from circumstances beyond their control may no longer include COVID-19.

Cundiff said Philadelphia Insurance is ensuring its commercial and construction surety accounts have sufficient lines of credit and other sources of liquidity to weather difficult times. So far so good, he said, but additional CARES Act-type funding is critical.

“They’re arguing over the dollar amount now, but hopefully cooler heads will prevail,” he said. “It would really help small businesses throughout the U.S., and some big businesses and states as well.”

In the meantime, as private and government entities face funding challenges and cut back on construction, contractors anxious to fill their job backlogs may become more aggressive in seeking work.

“And contractors may go outside their areas of experience and geographies, and sureties know that — they take a close look at contractors going into new areas and regions,” Munekawa said, adding that bid lists are already starting to lengthen, an indication contractors are facing a more competitive market.

Since the last recession, contractors would have been wise to diversify, Tressel said, taking on public as well as private jobs, broadening their expertise to different types of construction, and expanding within reason geographically.

Contractors now expanding into new markets represents a risk for sureties, he said, noting another risk stems from contractors that over-invested in fixed assets during the good times and may become financially strained as backlogs and new work opportunities lessen.

Depending on the recession’s depth and length, contractors may not have cut their overhead quickly enough to match the amount of available work, and some will end up taking work at margins that are too low to make money, said Rick Ciullo, head of surety bond at The Hartford, adding, “All of these things can lead to surety losses.”

Tressel said his team is now talking to contractors about these issues.

“We give them friendly reminders that as the construction industry goes through these cycles and things slow down, it can be helpful to stick to our business models and core competencies,” he said.

When might the construction surety market harden? Munekawa said an early sign is when reinsurers raise prices and tighten their terms and conditions, “because when they do that, the primary writers typically will follow.”

Then, surety providers will pull back on credit availability and tighten their financial metrics, such as requiring contractors to have more working capital or equity.

That hasn’t happened, Munekawa said, but his firm works with the largest surety providers and they’re now stepping more cautiously.

“We’ve seen some sureties pulling back a bit, not competing as hard for existing clients, and maybe letting some of them go,” he said. “Whereas before the pandemic they were fighting for all of them.”

Nevertheless, Munekawa said, the surety industry provided stability when the Great Recession hit in 2008, compared to other credit providers, such as banks, “and it has entered the pandemic with sound financial fundamentals.” & Want to Up Your Back Safety Game? Ergonomic Experts at Ohio State and Blickle Share Their Best Tips

When push comes to pull, it's the method that counts. New guidelines should prevent injuries due to pulling heavy objects. myMatrixx names a chief sales officer and Oneglobal announces two senior partners and a head of HR in this People on the Move. 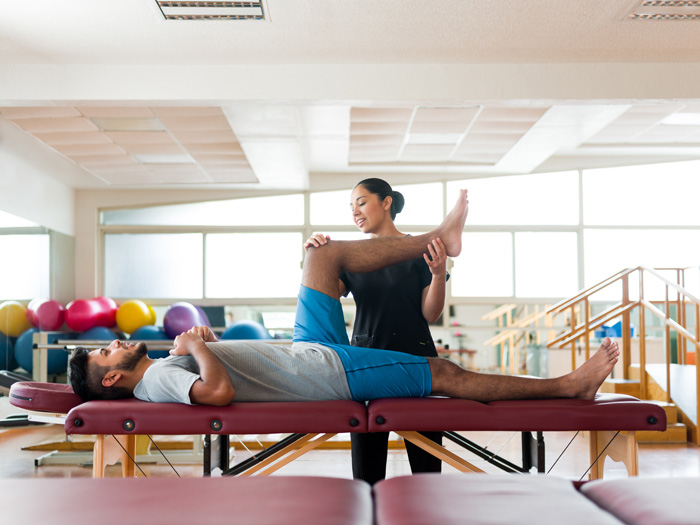