R&I: What was your first job out of school?

I was a staff accountant for Texas Eastern Transmission Corporation in Houston, Texas.

R&I: And how did you end up in risk management?

I was working for Texas Eastern as a staff accountant and had the fortunate opportunity after a few years to move into their natural gas trading company. So I first got involved with risk management, in the energy markets focusing on market and credit risks, even longer than 20 years ago. But that basically paved the way for starting to gain expertise in risk management.

As far as my current position, I had started two enterprise risk management functions. One for Kansas City Power and Light [now Evergy], and then one for the Midcontinent Independent System Operator (MISO), the power grid operator. I felt like ERM was a transferrable skill so I was really wanting to take that experience try doing enterprise risk management in another sector.

R&I: What is it about this work that you find the most rewarding and most fulfilling?

I think, for me, it’s been the ever-evolving world of risk management. Whenever I first got into ERM, it was right after the fall of Enron. I worked for Kansas City Power and Light.The board had asked the CFO, which is who I worked for at that particular time, to pilot an ERM function.

I had the opportunity ever since that came up at KCPL 20 years ago, to be on the forefront of different trends. For instance, compliance. I started working at MISO , the power grid operator, in 2006 and shortly thereafter, compliance was becoming a bigger topic within the electric sector due to legal enforceability by FERC (Federal Energy Regulatory Commission) of the NERC (North American Reliability Corporation) standards.   I reported to the CFO and he knew I had some experience with establishing best practices for compliance programs in the energy sector due to a white paper I had co-authored for the CCRO.  So, he asked me to help formalize the company’s compliance program.

Now, it’s ESG. There’s just been these opportunities related to ERM that has made ERM always something fresh and new. It’s not the same thing all the time.

R&I: Are there places where the risk management community could be doing a better job?

I think risk quantification is still challenging for a lot of risk management professionals. Being able to do risk quantification and present the results in such a way that it’s actually useful for decision making. To me, that’s been one of the age-old challenges.

The first challenge was just getting ERM a seat at the table and getting people to believe that it was more than just a checklist activity.

Now, I think there’s the continuation of trying to make sure that ERM is and stays relevant speaking and reporting in executive terms rather than too much ERM lingo which can be disregarded pretty quickly by the senior level, unless there’s some supporting evidence – including quantifying risk in dollar terms and using metrics to demonstrate mitigation effectiveness.

R&I: If there were two people in your career, or in your life, who served as mentors to you, who would they be and why?

There are two people that come to mind. One is earlier in my career. I had a manager when I started as a staff accountant who  saw some potential in me that I didn’t even realize I had.  He started working behind the scenes to land a role for me in our natural gas trading company which  I mentioned earlier and this role turned out to be foundational to what I’m doing today in ERM and ESG..

You always say you can have a good boss, but do you really have someone that looks out for your best interest, such that they care about you as an individual as well as the company?

The other person is someone I worked with briefly when I moved from my job at Texas Eastern to work  for Missouri Gas Energy in Kansas City, Missouri. During that time, I worked closely with Duane Lock.

Duane had belief in me, and that belief plus the resources and support I had at KCPL helped me to succeed.

R&I: What have you accomplished in your life that you’re most proud of?

I have four children and a husband as well. I’m really proud of what they have accomplished, because I’m not really successful if they’re not successful too. That’s been important to me.

I have two children that have graduated from college. I’ve got a third, third to the oldest that just got his warrant officer rank in the Army National Guard, and is just starting helicopter school at Fort Rucker in Alabama. He’s a paramedic as well. My youngest is a sophomore at my alma mater, Abilene Christian, and is active in the marching band and her sorority.

None of my kids wanted to go into the corporate world, though. So, what does that tell you? I ’m not sure I know!

R&I: What kind of comments do you get at cocktail parties about what you do?

You know, any time you say you’re in risk management, for one, they usually go straight to, “Oh, you’re over corporate insurance.” Even if I say enterprise risk management, most people are not familiar with the role so I briefly explain that I report on all types of significant risks across the company and the action plans in place to manage.

In addition, usually I have to manage a ‘double don’t know’ – not only are they not familiar with the role but most people have never heard of Centene, despite the fact it’s a Fortune 24 company.

So, I have more than one hurdle to get past as well!  Centene operates under nationwide and local branding so once I mention the local market brand, people realize they do know about Centene after all. & 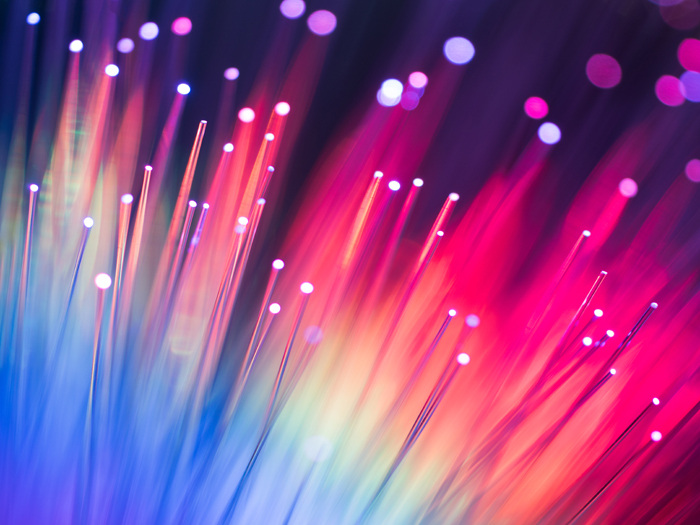 Diagnostics As a Defining Touchpoint in the Claims Journey

Timing and accuracy of diagnostic test results can determine the course of an injured worker's treatment plan, recovery, and claim.